WAYNE COUNTY, Ky. (LEX 18)– A large fire has damaged a portion of a Wayne County marina.

It happened just before 2:30 a.m. Monday at the Conley Bottom Marina in Monticello.

Officials tell LEX 18 two fire departments responded to the scene and all firefighters in the area joined in to try to get the fire at Lake Cumberland under control.

The Monticello Fire Chief tells LEX 18 the fire started in the marina’s restaurant.

Conley Bottom Resort & Marina employees say there were a total of four boats damaged. Two owned by the marina and another by the company Houseboats Buy Terry, a boat brokerage company. 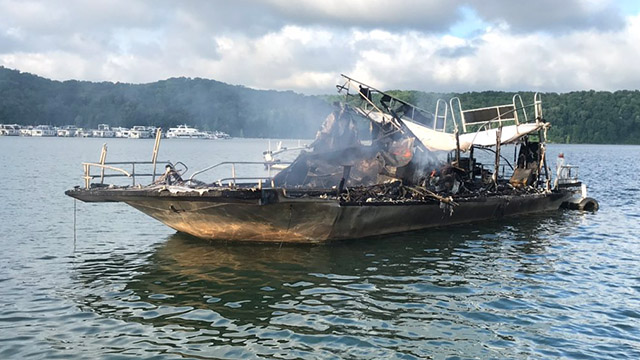