Mahmoud Shalash, John Sadiqullah, and Abdul Hadi were charged and arrested earlier this month, accused of attempting to pay 10,000 dollars to have another man killed over a business dispute.

Mahmoud, Sadiqullah, and Hadi allegedly discussed the matter with an undercover informant resulting in their arrest.

The trio appeared in US District Court in Lexington last week and argued for release from jail while they await the results of their case.

US Magistrate Judge Matthew Stinnett ruled for no conditions of release that would guarantee that the men would show up for court and that they would not be a danger to the public. 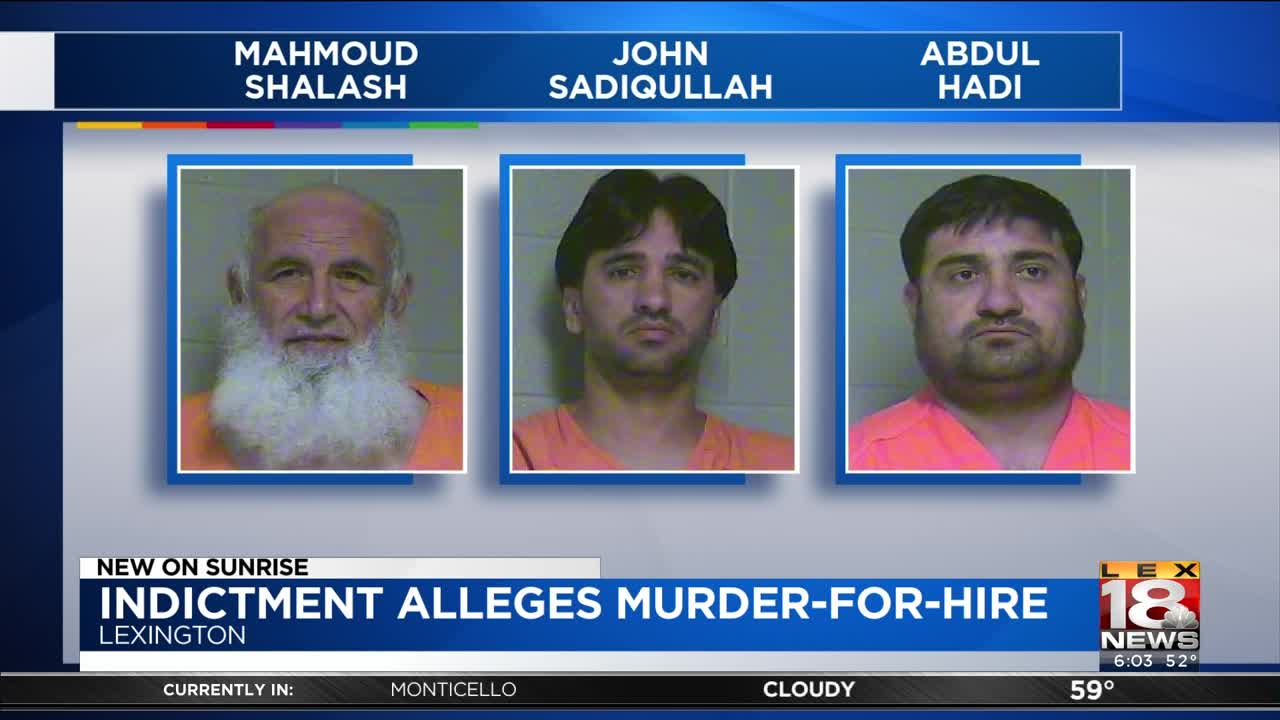