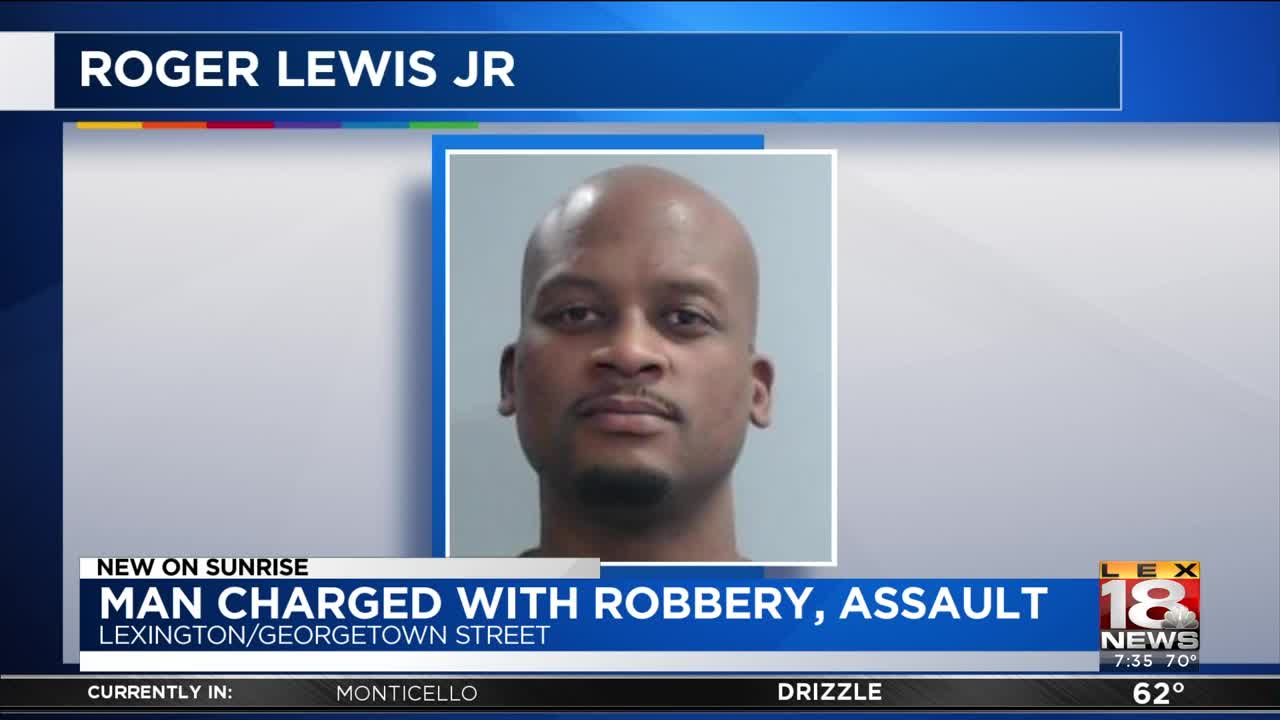 LEXINGTON, Ky. (LEX 18) — A Lexington man is in jail on robbery, assault and other charges following an incident on Georgetown Street.

Police allege that minutes earlier, Lewis slapped and punched a woman in an attempt to steal her car keys.

When police tried to arrest Lewis, they say he kicked one officer twice and bit another officer.

According to the arrest report, police determined Lewis appeared to be “manifestly under the influence.”

In addition to robbery and assault, Lewis also was charged with alcohol intoxication, criminal mischief and resisting arrest.