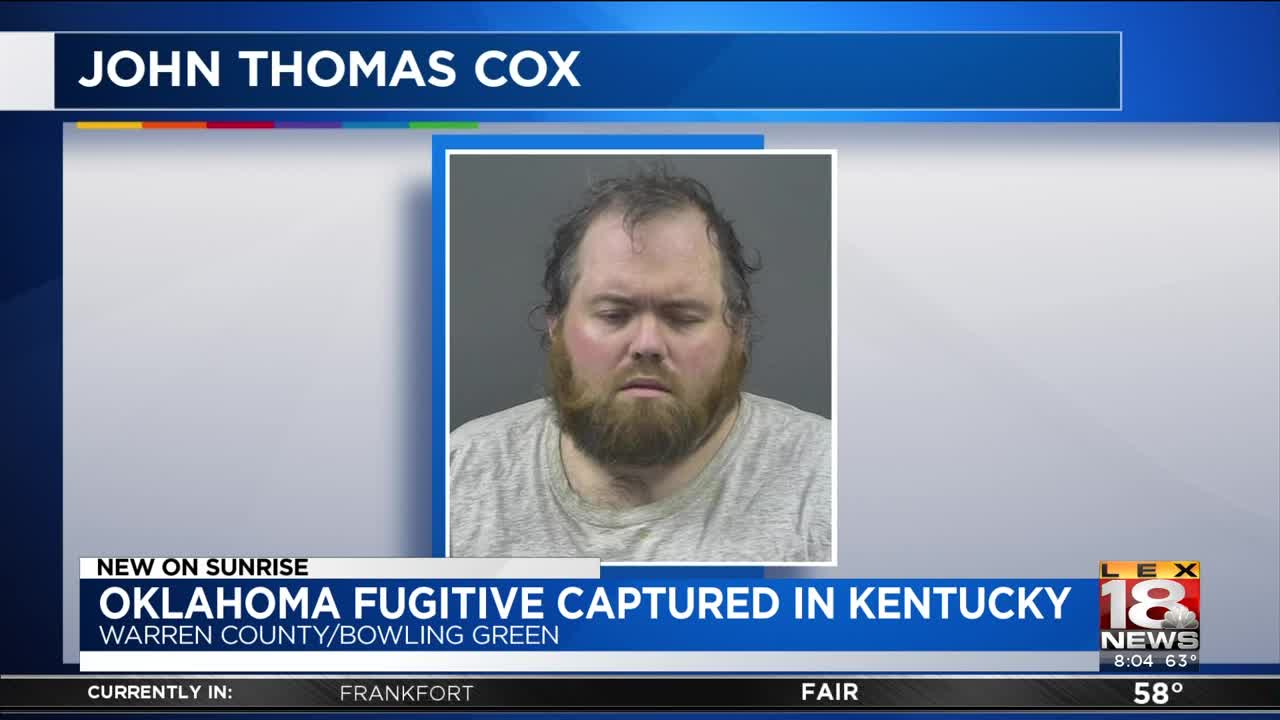 Cox was arrested on a fugitive charge. He was being held in the Warren County Detention Center as he awaits extradition to Bartlesville, Oklahoma.