Police have received hundreds and hundreds of tips about the possible whereabouts of Spurlock. On Tuesday, Garrard County authorities were in the area of Paint Lick Creek checking out some spots

Garrard County has been the main focus during the search for Spurlock. Richmond police say she ended up there after leaving a Lexington bar with three men on Jan. 4.

Kim Gipson and Toni Robinson didn’t know Spurlock, but they are moms on a mission to try and find her. They were two of the people searching the Buckeye community in Paint Lick, after being here just a month ago.

“My daughter is the same age. If she went missing, I’d hope somebody would help us,” said Gipson.

In May the two took photos of debris and things that appeared out of place. When they viewed the pictures on their phone a week ago, they said that they noticed what they thought looked like skeletal remains washed up along the bank. On Tuesday, authorities came to the area to search for themselves.

Bones were not there and the Emergency Management Director said that it is common for animals to get washed up in the creek.

Richmond Police viewed the photo and are looking into the matter, but so far, the search continues. To help the family, Gipson and Robinson soon plan to put up metal tip boxes throughout the county, hoping that someone, who maybe doesn’t trust electronics, shares information needed to solve the mystery. 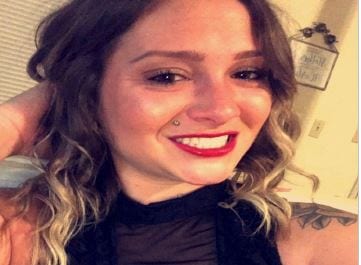