KSP Looking For Person In Burglary And Assault Case

LESLIE COUNTY, Ky. (LEX 18)– Investigators with Kentucky State Police are trying to locate a man they say is connected to a burglary and assault that happened in Leslie County back in May.

In the morning hours of Sunday, May 19, KSP said that an intruder gained entry to a home in the Confluence community. After being detected, KSP said that the intruder shot at the man and the woman living in the home. The woman had serious injuries and was transported to a medical center with potentially life-threatening injuries.

The intruder fled the scene on an ATV.

He is considered armed and dangerous. Do not approach him if you see him.

Dickerson is described by KSP as a white man, 198 pounds with blue eyes. He is bald.

Anyone with information concerning the whereabouts of Richard Dickerson is asked to contact KSP Post 13 at 606-435-6069.  Callers may remain anonymous. 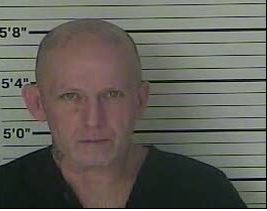