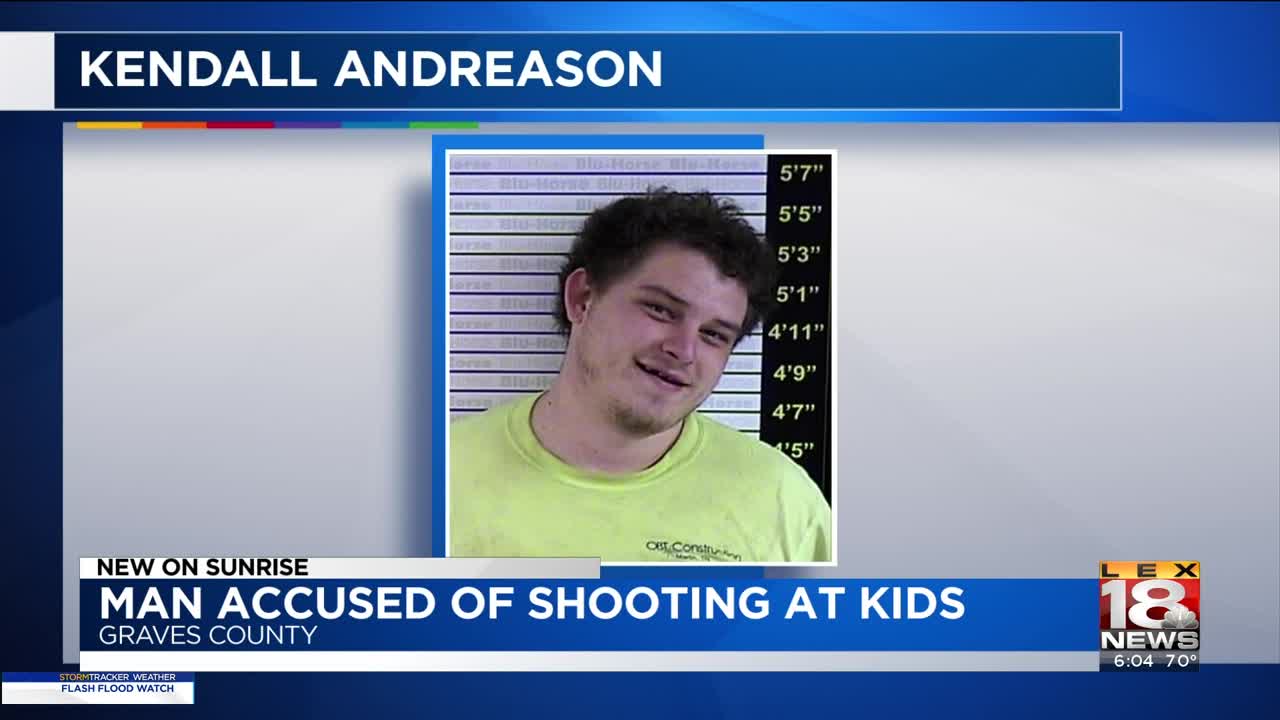 Authorities said two juveniles reported someone shot at them as they drove past a home in Pryorsburg.

Deputies determined Andreason was a suspect in the case and went to talk to him. According to police, Andreason became belligerent and threatened to kill one of the deputies.

Police said Andreason and an officer struggled as he was placed into custody.