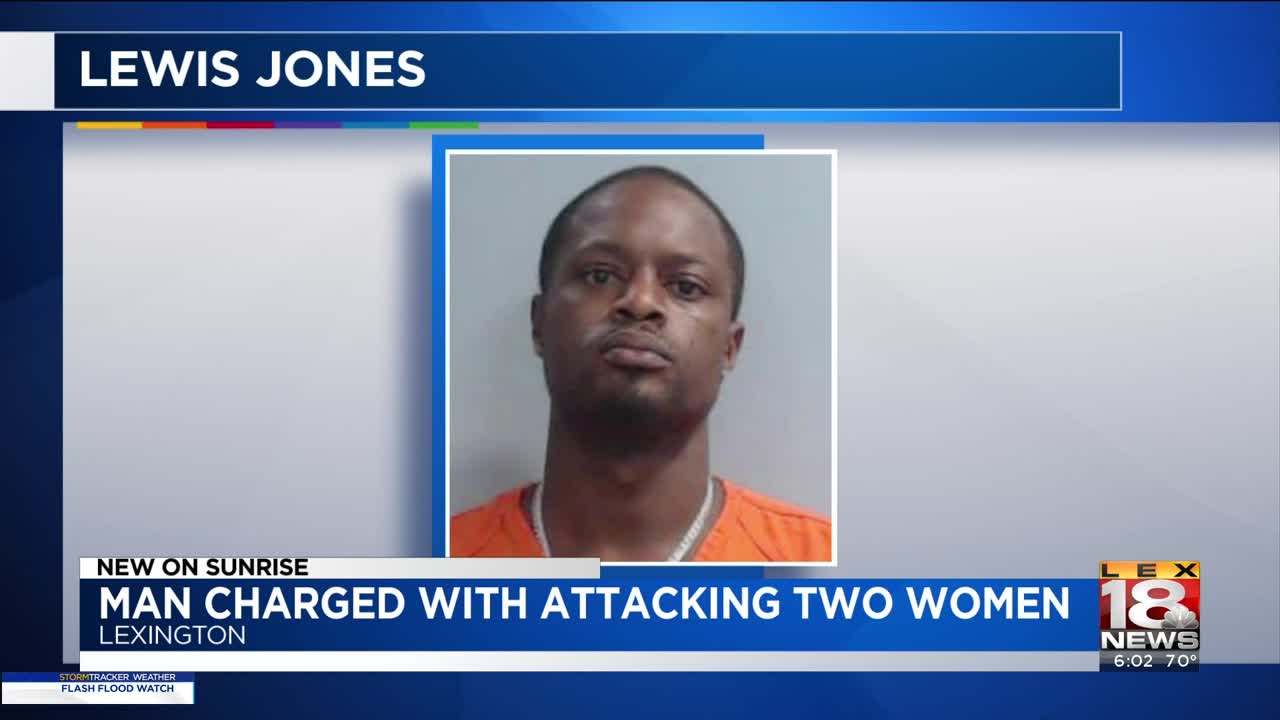 LEXINGTON, Ky. (LEX 18) — Police have arrested a Lexington man who is accused of attacking two women.

Police said the woman had bruises on her right arm from a recent attack and showed officials photos of facial injuries from a previous incident back in May.

Jones also is accused of hitting another woman, who reportedly confronted him about injuries to his girlfriend.

That woman reportedly has five facial fractures and blurred vision.

Jones was charged with second- and fourth-degree assault.