LEXINGTON, Ky. (LEX 18)– The Tony Awards are Broadway’s biggest night and at this year’s ceremony, a Lexington girl was front and center.

Proud dad T.G. Shuck was glued to his TV during the broadcast of the 73rd Annual Tony awards. He was hoping to catch a glimpse of his daughter Brooklyn. The 14-year-old has a role in The Ferryman, which was the heavy favorite to win Best Play.

Sure enough, they won, and Brooklyn took center stage.

“As a father sitting in your living room watching a nationally televised award show that’s on every year, and oh, there’s my kid, by the way, it’s hard to wrap your head around,” said T.G.

This was the teen’s sixth role on Broadway, and her two sisters are also racking up a list of credits themselves.

“It’s not often that three little girls from Kentucky, especially Lexington, Kentucky get to live that kind of life and live their dreams,” he said.

The girls got their start in Lexington but now live full-time with their mom in New York City. T.G. watches from here in Kentucky, marveling at his daughters’ success.

“I asked her, ‘what did it feel like to stand on that stage in front of all those people at Radio City Music Hall, with all those famous people up front, and know that millions of people are watching on tv,’ and she wrote back one word – ‘insane’ exclamation point,” he said.

The Ferryman closes on Broadway July 7th, but Brooklyn already has more work on the horizon. Keep a look out for her on a new network TV drama. 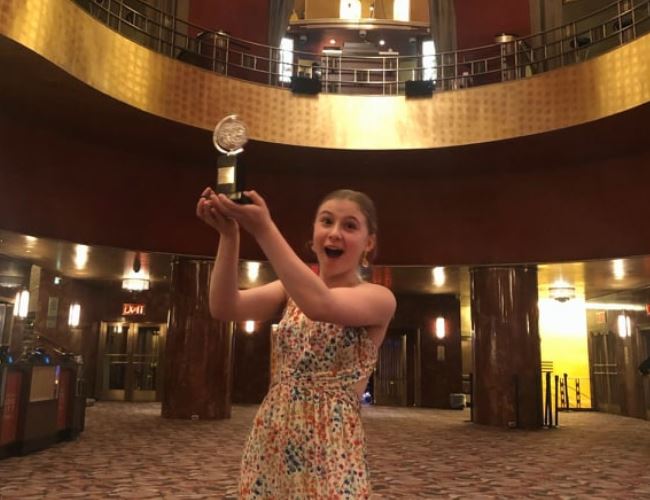