Now, his family hopes to inspire other future filmmakers.

His parents, Bill and Angie say that last December, they were waiting for Seth at Southland Christian Church. They say he was supposed to teach a special needs class that morning, but he never made it to the Sunday School room.

He was killed in an early morning crash on Man o’ War Boulevard.

Bill and Angie hope to inspire future filmmakers and preserve their son’s passion through a scholarship film festival.

Any high school or college student can submit a 10-12 minute short film or documentary. The festival is July 13 and the winner will be awarded a $1,000 scholarship. You can register with Angie Lance at angie.lance@ymail.com.

The festival will be at the Teamsters Local Union 651 on Bluesky Parkway at 5 p.m. 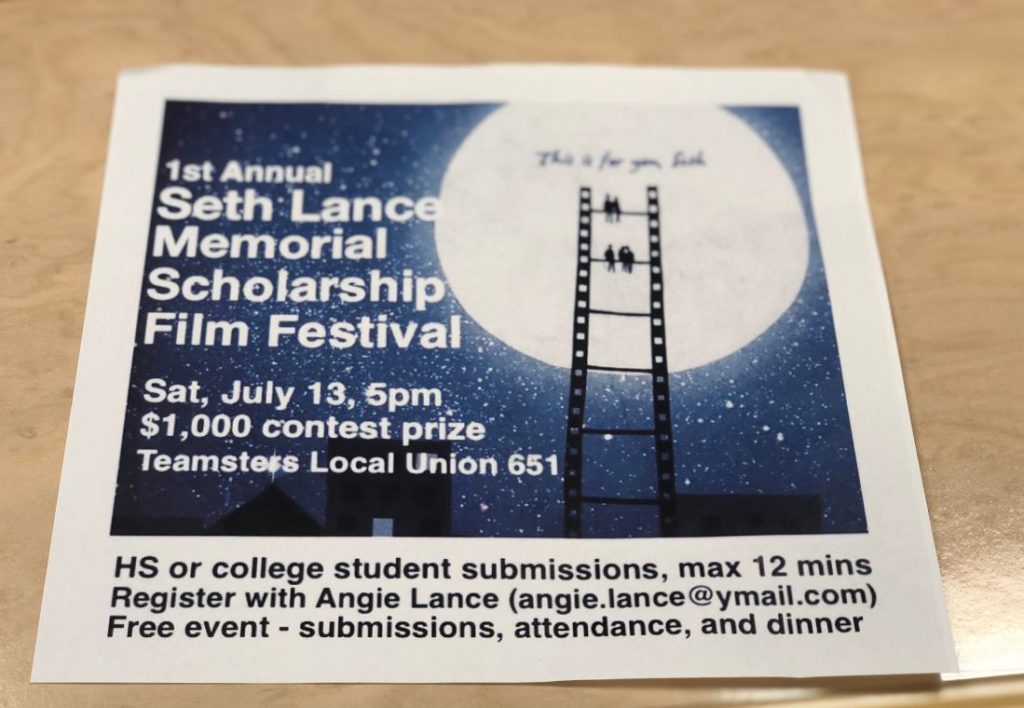