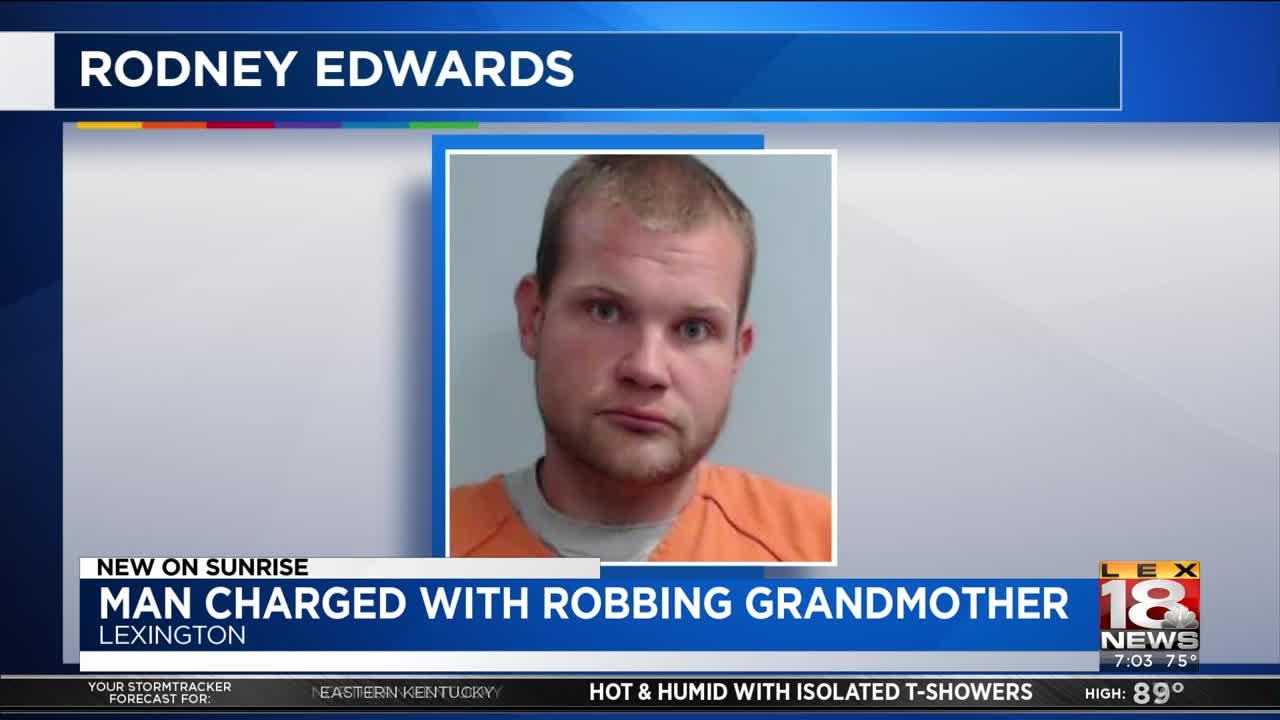 LEXINGTON, Ky. (LEX 18) — A Lexington man was arrested after being accused of robbing his grandmother and threatening her if she called police.

Officials said he also threatened her with additional violence if she reported the incident.

Edwards was charged with first-degree robbery and intimidating a witness.