Recruitment event to be held tonight 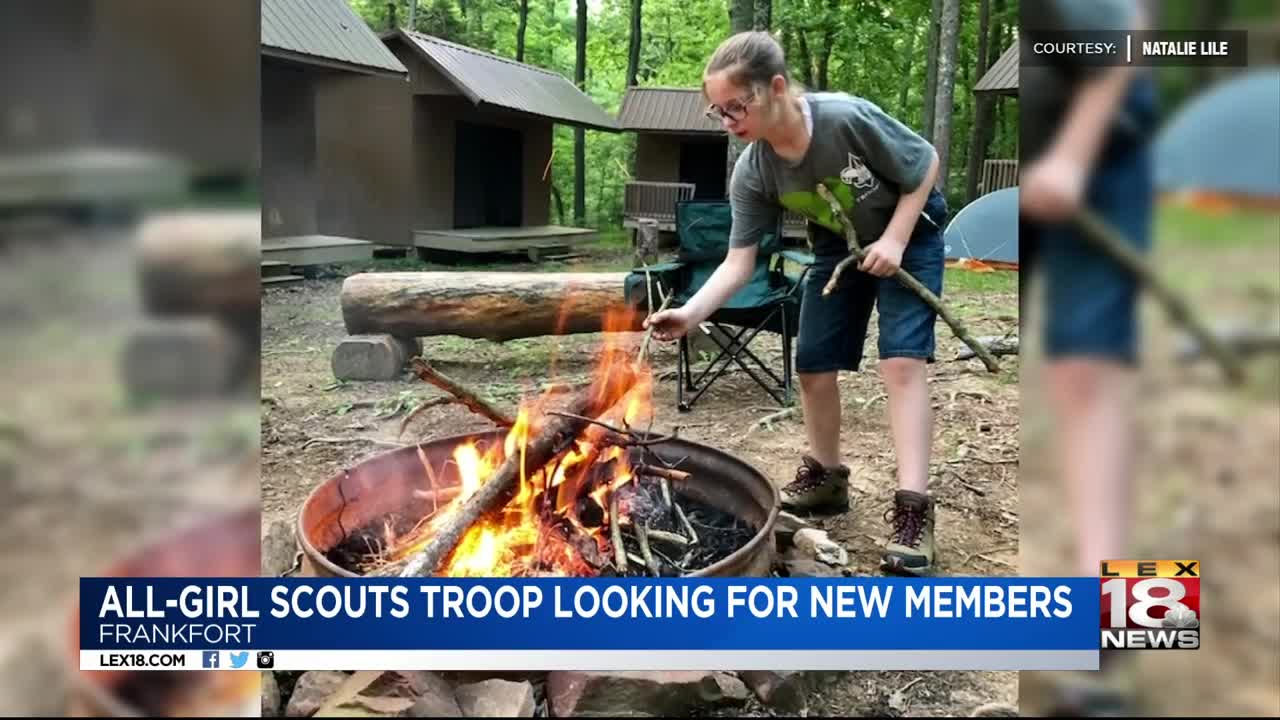 Now, Troop 1281 is looking for more girls to join and will hold a recruitment event tonight.

"These girls are interested in camping and building fires and learning to tie knots and things like that,” said the troop’s scoutmaster Natalie Lile.

The troop formed February 1st of this year, the first day scout registration opened for girls across the U.S. They've spent the summer learning life skills and doing outdoor activities, like attending a week-long scout camp.

“We had two girls who won awards in sharpshooting and we had a girl who made a camp record in climbing the climbing tower and they just had a great time,” said Lile.

There are currently six active members in Troop 1281. Lile says she'd like to have at least 10 to 15 members total.

"Right now, with six girls we only have one patrol. If we had double that amount, we could have at least two patrols and then that lets the scouts be more independent and have their own leadership within the smaller groups” said Lile.

For anyone interested, there is a recruitment event from 6-8 p.m. tonight at the Hancock Pavilion at Lakeview Park in Frankfort. Girls between the ages of 11 and 17 can join. Lile also says adults are encouraged to join as volunteers.