'I will not be afraid': Gov. Beshear responds to effigy hanging 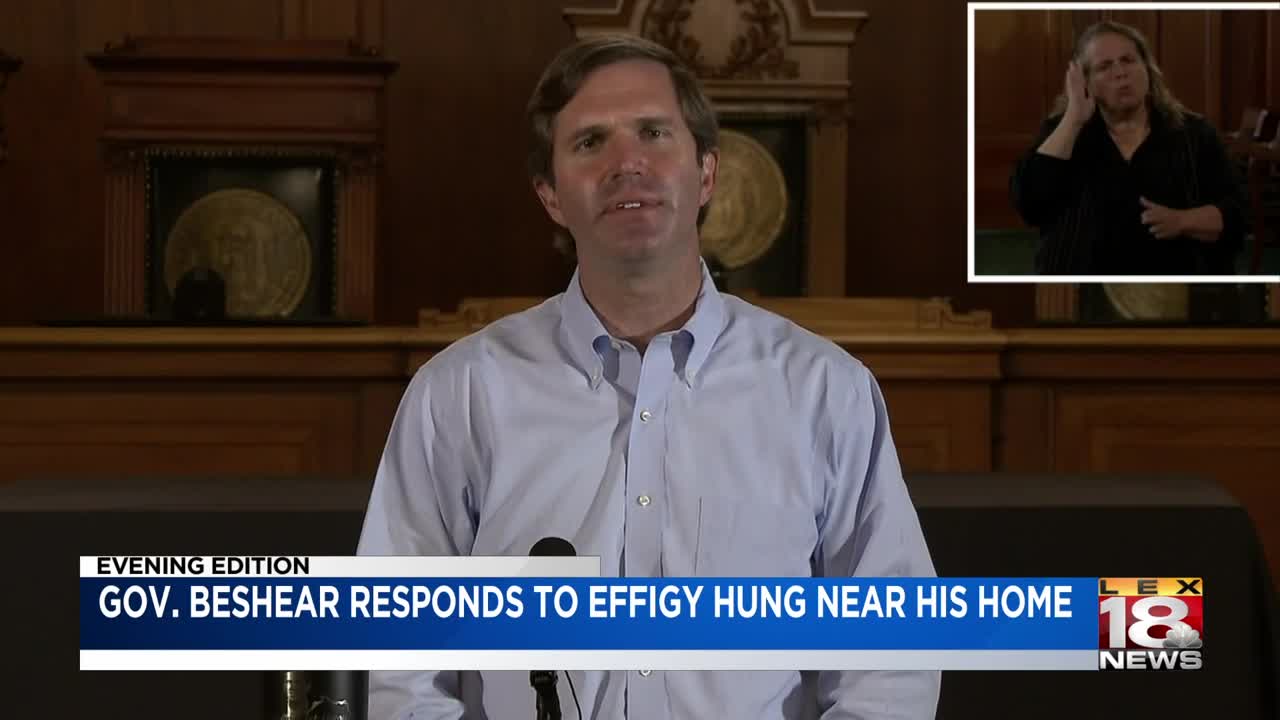 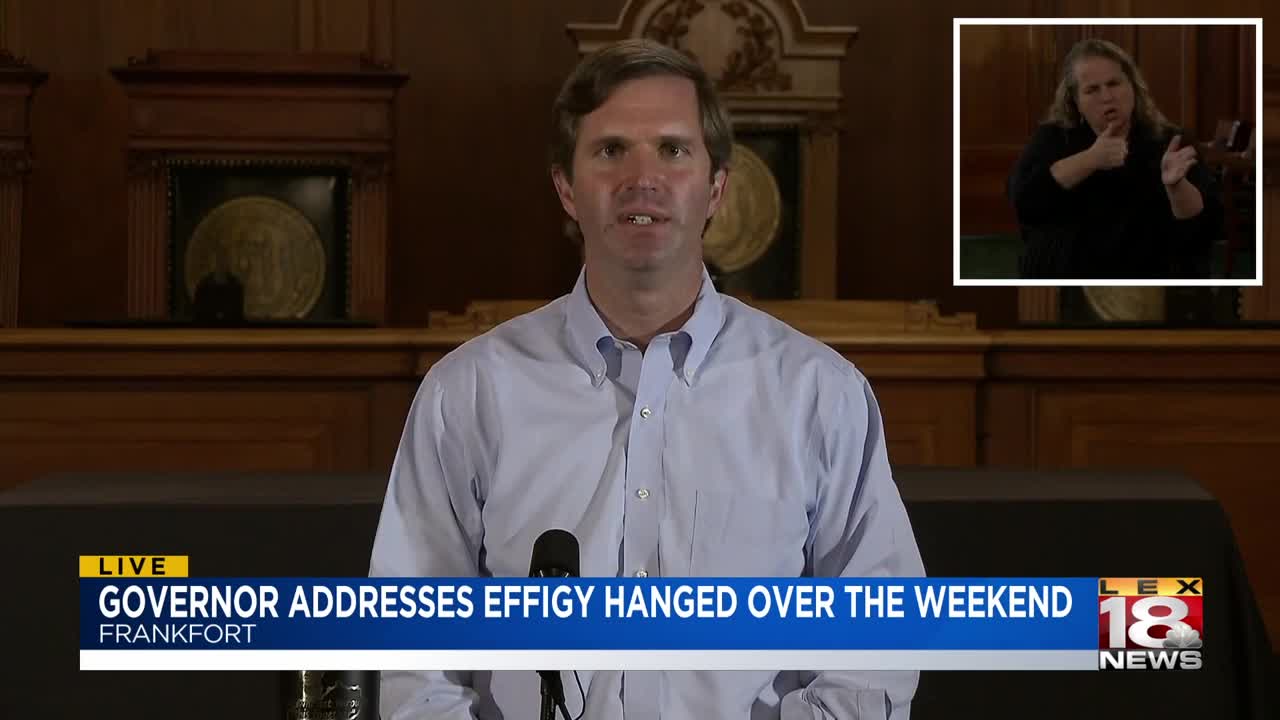 FRANKFORT, Ky. (LEX 18) — For the first time since it happened, Gov. Andy Beshear addressed the public about the protesters who hanged an effigy of him on Sunday afternoon.

"While I knew that kids from time to time would probably be mean to (my children) just because of who their dad was, I did not consider that they might get bullied or heckled by grown adults, and then Sunday happened," Beshear said.

Beshear explained that at the demonstration, a right wing militia group known as The Three Percenters left the front of the Capital during an organized protest. After leaving the front of the Capital, the group walked through and across all the barriers that were clearly marked as off limits to the public at the governor's mansion. They walked to the front porch and chanted and heckled.

Beshear noted that his two children, who are nine and ten years old, were not home when it happened. However, the group gathered right beside where his two children play outside.

The group then moved to an area several hundred yards away and hanged a dummy that resembled Beshear. While doing so, the group chanted the phrase ‘Sic Semper Tyrannis,’ a Latin phrase meaning ‘Thus always to tyrants.’ The chant was believed to be chanted by John Wilkes Booth after he assassinated President Abraham Lincoln in 1865.

"Lets start by calling it what it was and what it is: actions aimed at creating fear and terror," Beshear responded. "Crossing over barriers, standing on the other side of the glass from where I raise my kids and hanging me in effigy, that is an action that is intended to use fear to get their way. This small group, way less than three percent, is trying to bully everyone else into doing what they want us to do."

While he didn't name anyone specific, Beshear called out elected officials, saying that elected leaders rallied with the group recently. Beshear said that the elected officials he is referring to claimed that Beshear was not christian among other claims. Just moments after the effigy went viral on social media, multiple elected officials condemned what happened.

"You cannot fan the flames and then condemn the fire," Beshear said. "Those elected officials that embraced these individuals and that stood in front of people dressed in tactical gear and the rest and threw as much red meat as possible at them, they have to claim responsibility because they absolutely know what could've happened. And they are in part responsible for what did happen."

Beshear added that during this time, he has never been prouder to be the governor of Kentucky.