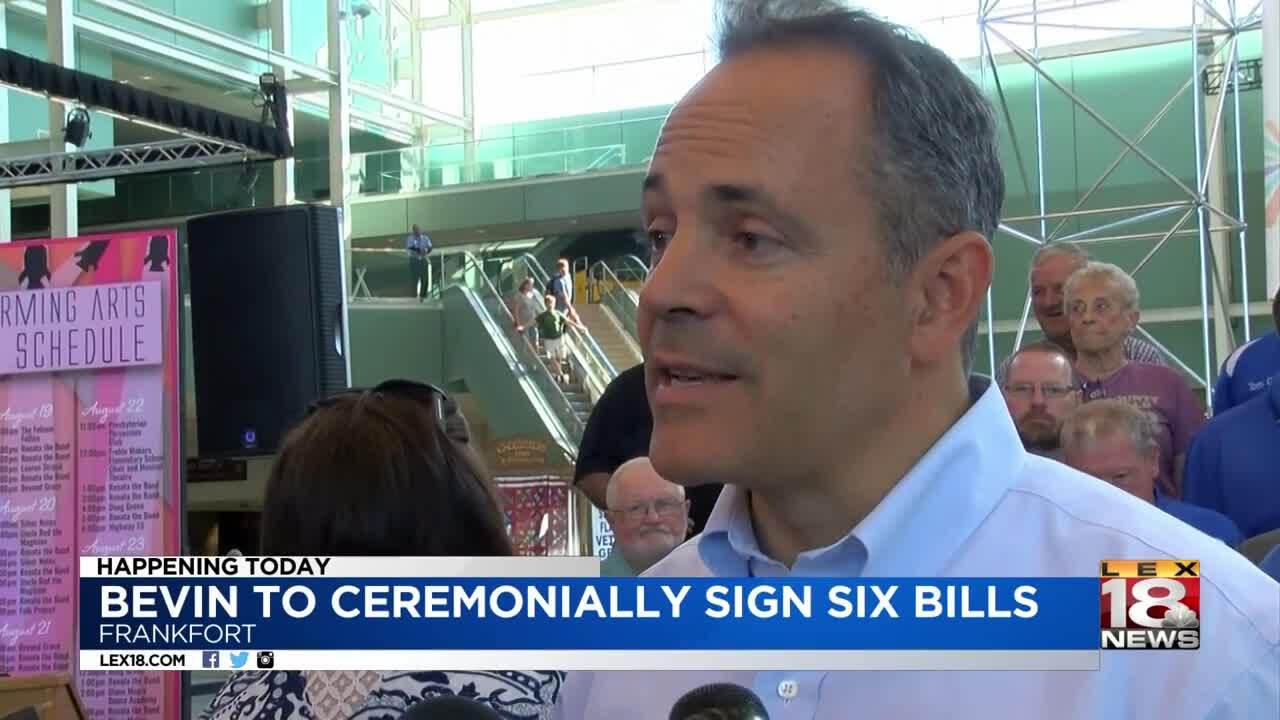 Six new laws will be highlighted as Bevin is joined by state lawmakers and advocates in Frankfort.

The measures were passed in the 2019 by the General Assembly. They include a bill that enhances and more clearly defines penalties for the crime of terroristic threatening; legilation that requires health insurance plans to cover genetic testing for cancer, a measure that establishes licensing and procedures for certifying professional midwives; and several others.

The signing is set to get underway at 11 a.m. in the state Capitol.