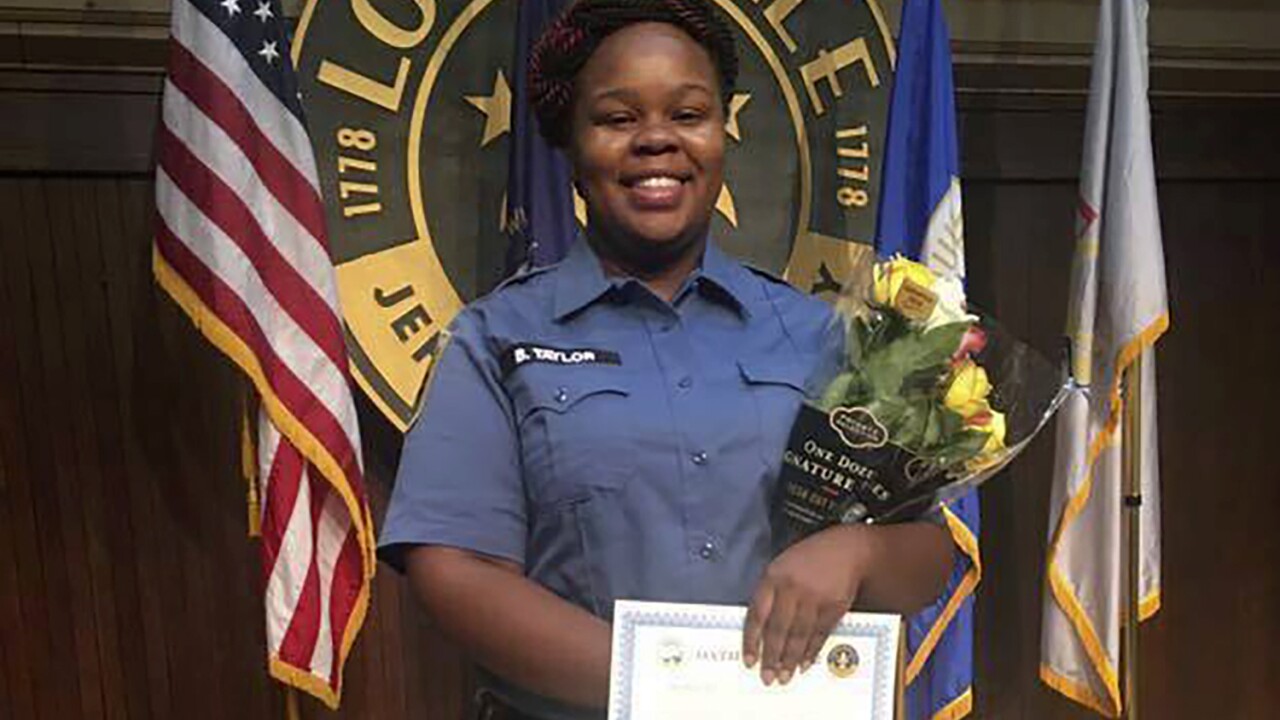 Her autopsy was performed on March 14 at 8 a.m. at the Bingham Building.

The autopsy showed Taylor was shot in the chest, which caused hemorrhages along the wound path; the right upper abdomen; in her left forearm; in her left thigh and in her right foot. An orange and gray metal projectile was also recovered from her right heel.

Following the announcement of the grand jury decision in the case on Sept. 23, Attorney General Daniel Cameron said only one of those shots was fatal.

Former LMPD Det. Brett Hankison was charged for shooting 10 rounds from outside Taylor’s apartment; some of those shots ended up in adjacent units, which was why he was indicted.

Two other officers, Myles Cosgrove and Jon Mattingly, were found to be justified in their use of force, according to the grand jury.

Cameron said evidence showed Mattingly fired six times, and Cosgrove fired 16 shots, and added that both were justified in returning fire after being fired upon. The attorney general also said the FBI lab confirmed the fatal shot came from Cosgrove but the KSP lab said it was not clear who fired the shot.