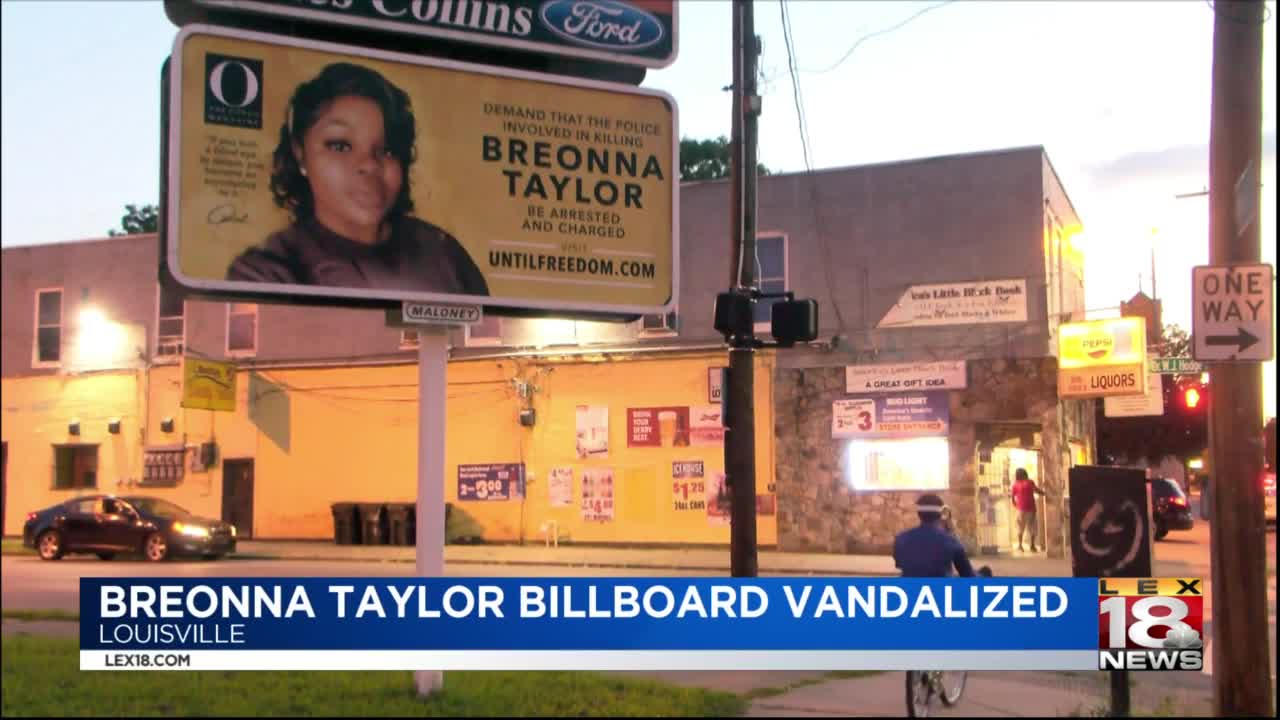 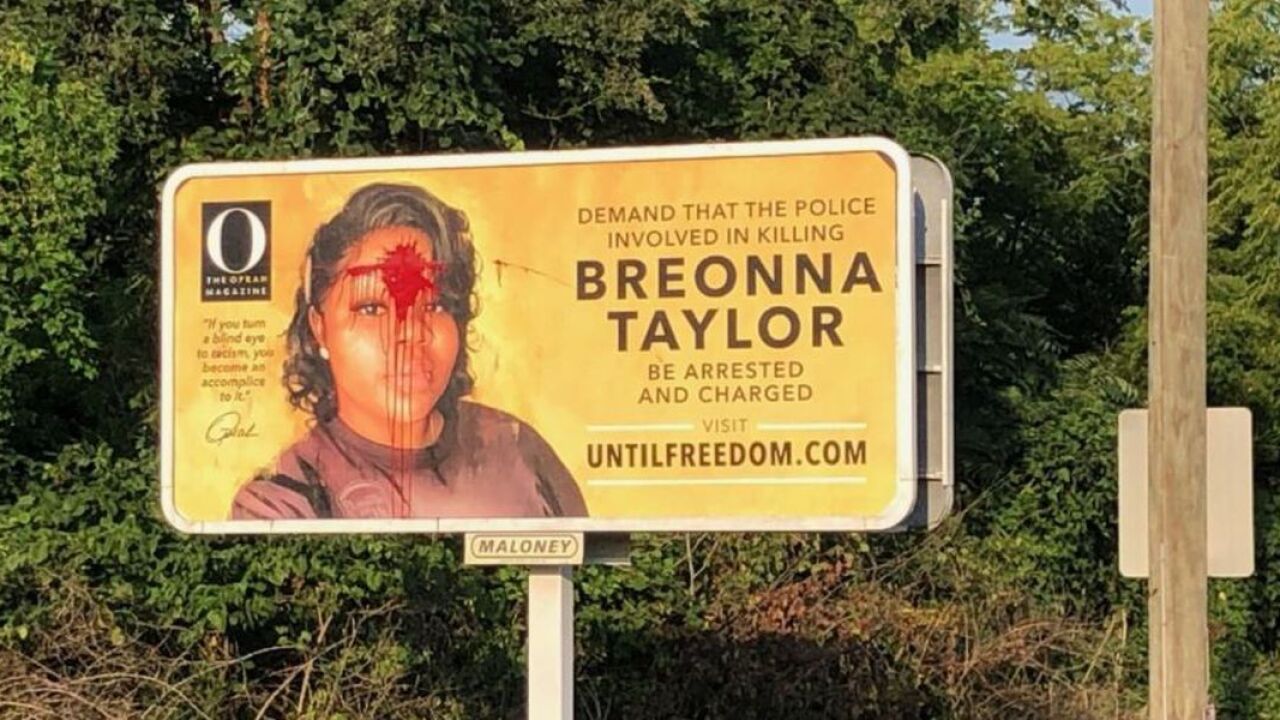 The billboard, commissioned by Oprah Winfrey’s O, The Oprah Magazine, shows Taylor, the 26-year-old Louisville woman who was killed by LMPD officers executing a now-banned “no-knock” warrant at her home back in March.

Red paint is now seen splattered across Taylor’s forehead on the billboard near the intersection of Lexington Road and Spring Street.

WAVE 3 News’ Dawne Gee reported that concerned citizens have called the billboard company to try to get a replacement photo posted.

The billboard calls for the officers in Taylor’s death to be arrested and charged.

The website UntilFreedom.com, which promotes a protest group that has planned multiple demonstrations in Louisville in recent weeks, is also listed on the billboard.

One of the three officers involved in Taylor’s death has been fired. None of the officers have been charged with a crime.