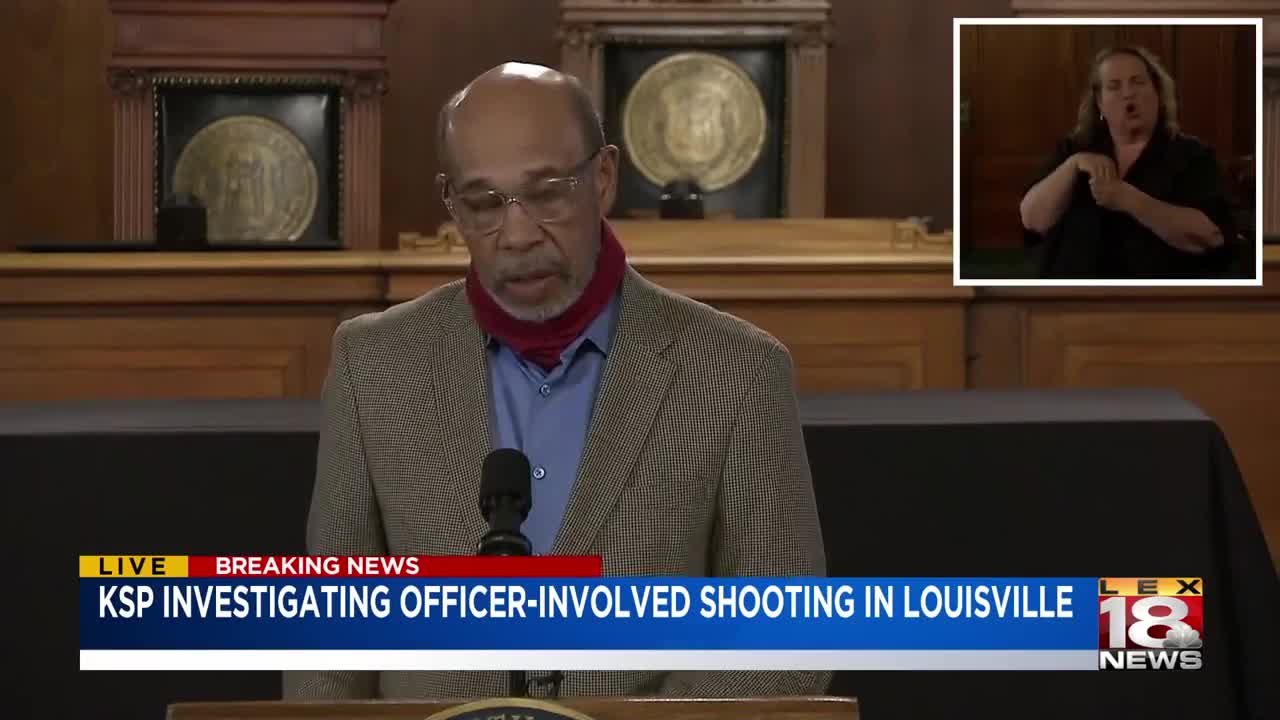 FRANKFORT, Ky. (LEX 18) — Executive Cabinet Secretary J. Michael Brown addressed the shooting death of David McAtee during Gov. Andy Beshear's press conference on Tuesday. McAtee died after being shot by either a member of the National Guard or a police officer.

Brown said that McAtee's autopsy revealed that he died of a single gunshot wound to the chest.

"Tests on bullet fragments will have to be conducted by Kentucky State Police Crime Lab to see if we can determine exactly what type of bullet he (McAtee) was struck by," Brown said.

Following the incident, Brown said there were approximately 13 individuals at the residence where McAtee was at the night he died. At the residence, a total of seven weapons (six handguns, one shotgun) were recovered. All the weapons will be undergoing tests such as tracing by ATF and DNA testing.

"We are going to look to see which, if any of them, had been discharged. We clearly believe that one of them was discharged," Brown said. "And try to match up those weapons with any of the shell casings that were found in the vicinity."

Search warrants led to videos, both internal and external, from the location. One of those videos was released to the public Tuesday morning and is and is currently being reviewed.

"That review will continue in great detail, frame by frame, to further get a better indication of exactly the sequence of events," Brown said. "In fact, we hope to go through a very laborious practice of trying to match up those videos with any other videos that were done by civilians or security cameras and along with any audio video that we might have captured perhaps on police radio to try to get a chronology of what occurred."

"Our goal is to get all the facts, get them quickly, and be able to present as much as possible, clear determination of what happened shortly after midnight on June 1," Brown said.