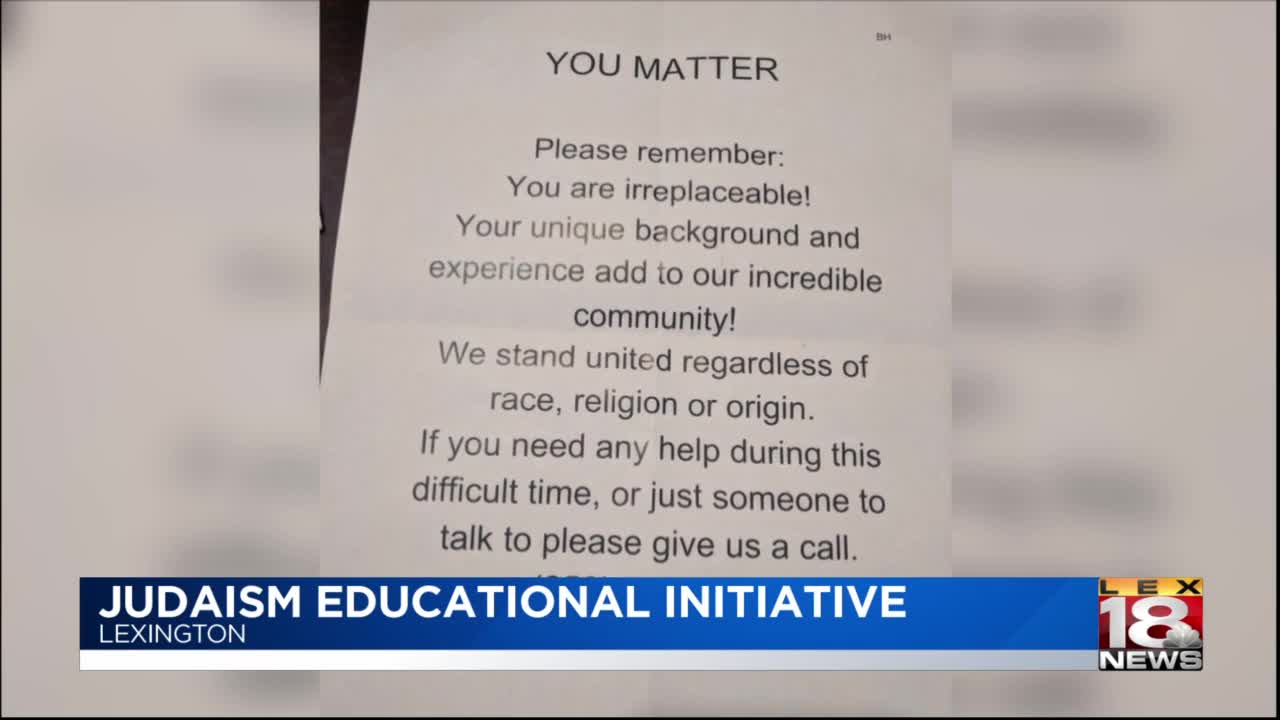 LEXINGTON, Ky. (LEX 18) — Chabad of the Bluegrass is developing a series of classes to teach Kentuckians about Judaism and educate people on what antisemitism is and how to fight against it after messages of hate were found in Central Kentucky.

“It’s a sad, dying ideology. Unfortunately, the fact is sometimes a wounded, dying animal is sometimes the most dangerous, so it’s not something we can afford to ignore,” said Chabad of the Bluegrass director Rabbi Shlomo Litvin.

Litvin’s initial responses to the messages of hate involved social media posts condemning the ideologies and distributing new fliers with messages of love and inclusion.

“Our response to letters of hate is letters of love. The idea that we’re going to be intimidated by an angry email or an angry letter is laughable,” Litvin said.

On Monday, Litvin said he received a threatening phone call from one of the members of the group who distributed the fliers.

“He went on to curse at me and call me various racial slurs, telling me how my ‘Jewish privilege’ is not going to protect me,” said Litvin. “The phone call was intended to intimidate. Unfortunately for them, it didn’t work. I remain an extremely proud Jew and extremely blessed to be living in Lexington and enjoying the work I do here. I’m not deterred in any way.”

Litvin said he’s been in contact with the Lexington Police Department and FBI regarding the fliers and phone call he received.

Meanwhile, Litvin said he’s working on creating a series of classes that will help people better understand Judaism and how to identify and speak out against antisemitism around them.

“When you leave something open for discussion it allows any voice to get in. When a community firmly says, ‘We stand in opposition to this,’ then it can’t be brought up,” he said. “The more and more that we as an entire nation stand up and say, ‘We don’t accept it,’ the less it’ll be acceptable in our society.”

The classes will be free and held virtually. More information about when classes will be held will be released soon. Updates can be found on the Chabad of the Bluegrass Facebook page and website.