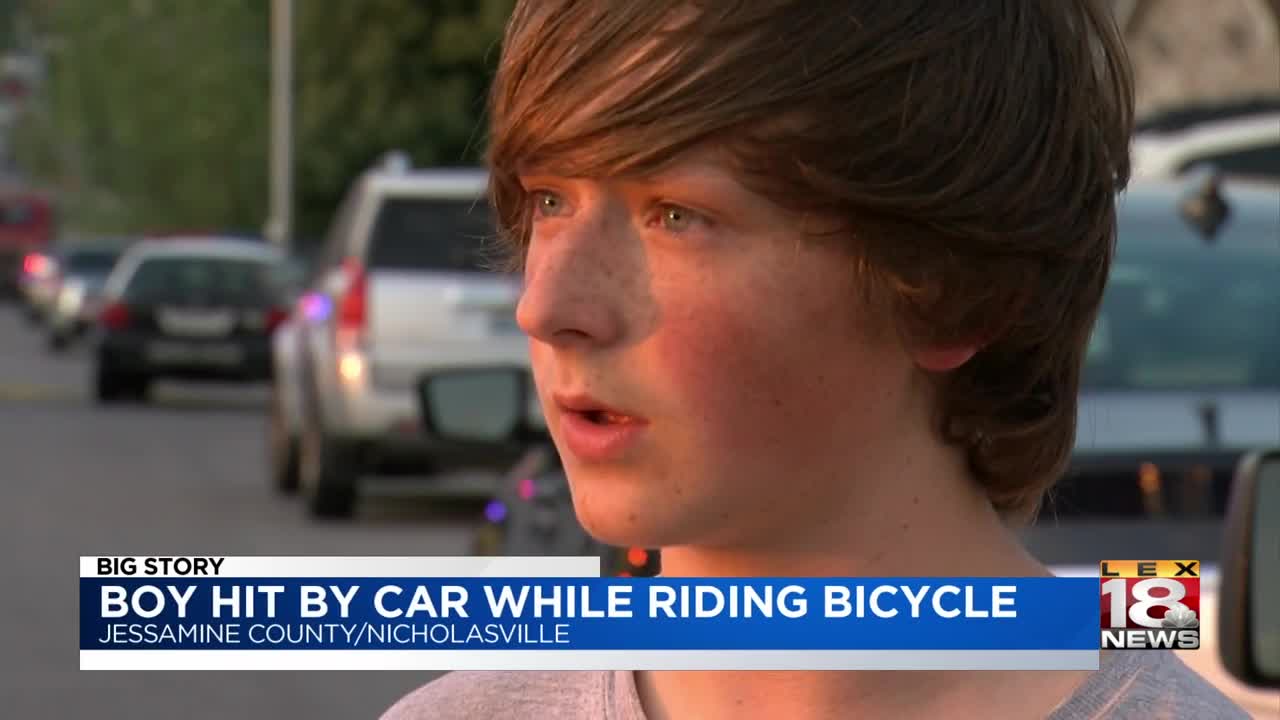 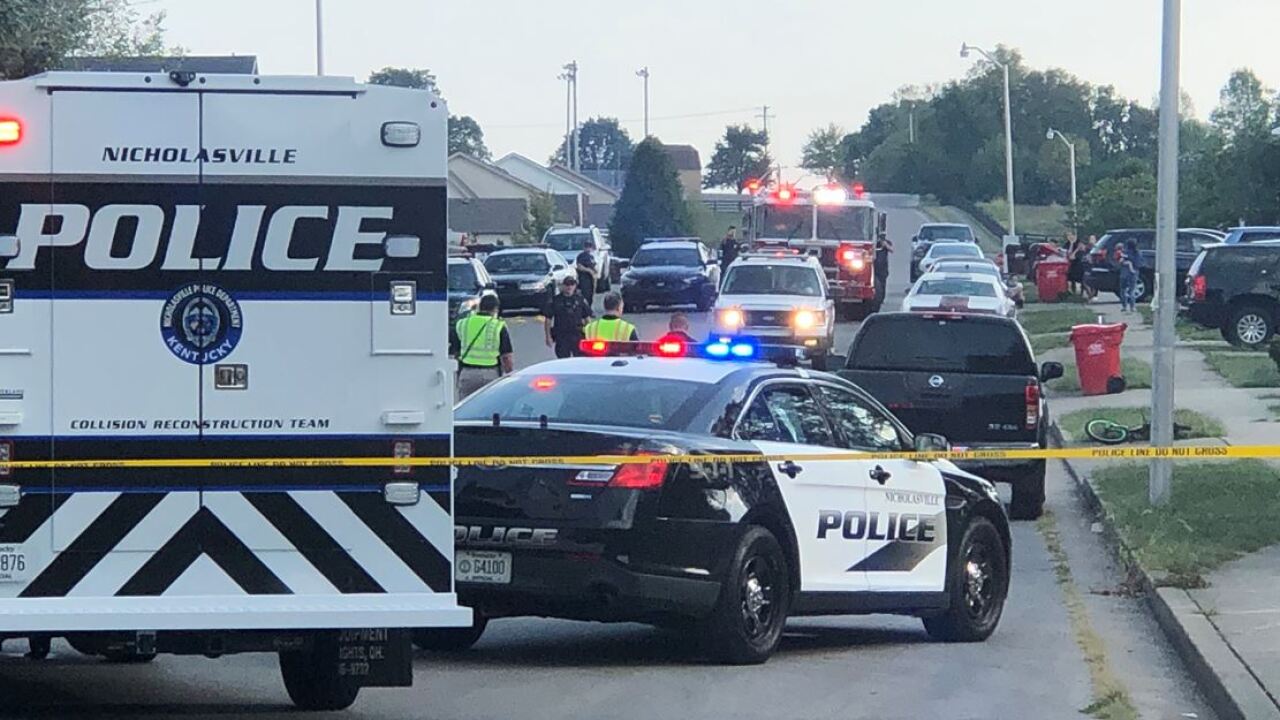 NICHOLASVILLE, Ky. (LEX 18) — Officials with the Nicholasville Fire Department say that a child was crossing the street on his bike when he collided with a vehicle.

The officials tell LEX 18's Jacqueline Nie that they received the call around 5 p.m.

The car was traveling southbound on Miles Road and turned around after the collision. The driver of the car passed the field sobriety test.

Officials say that the child was not wearing a helmet. He was taken to the University of Kentucky Hospital with injuries that officials describe as serious.

The victim's cousin, Jordan Dunn, spoke with LEX 18. He said he was riding with the 10-year-old boy. He said they had just left their friend's house when his cousin was hit by the car.

"He went in the air and hit the ground, and his head started bleeding and he was unconscious. I tried asking him questions, I told everyone to call an ambulance. I told him to go get my granny," Dunn said.

Dunn said his family thinks the child will be okay.

Officers say it is too early to say what caused the accident.