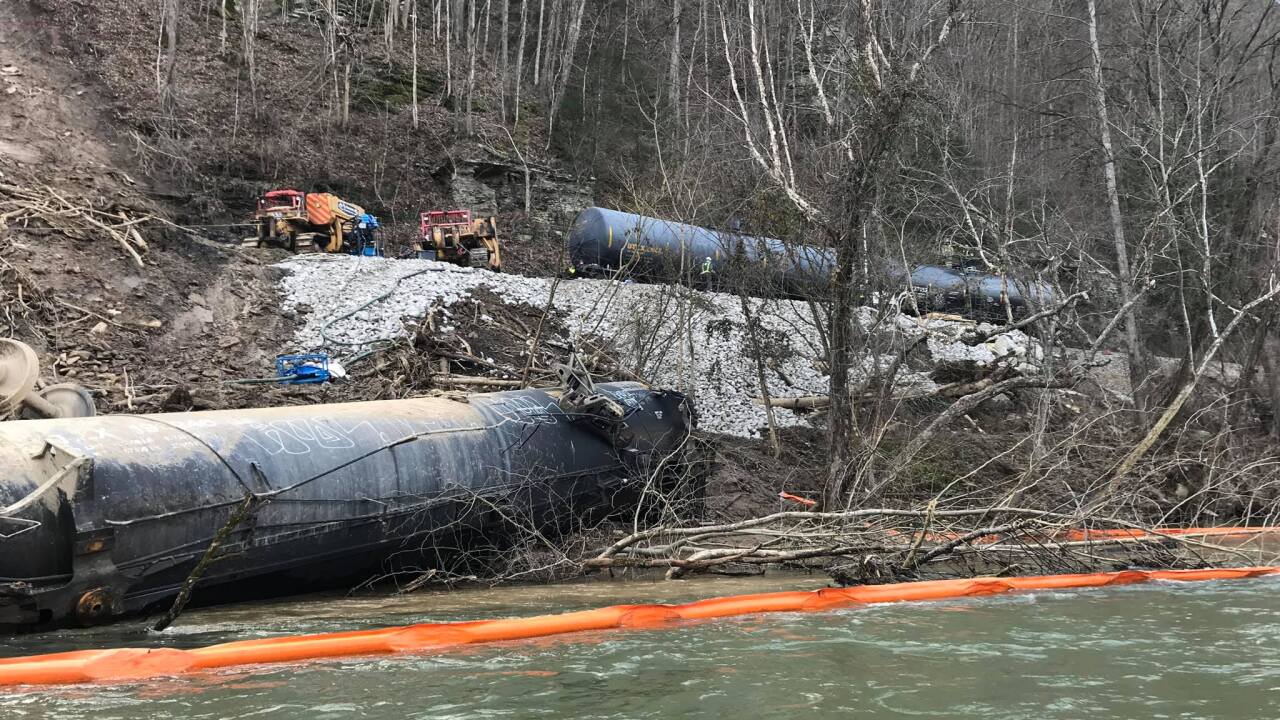 PIKE COUNTY, Ky. (LEX 18) — Crews continued to work this weekend at the site of the CSX train derailment in Pike County.

According to the Kentucky Energy and Environment Cabinet, crews gathered near the site to secure the rail cars and remove remaining ethanol from the tanker cars.

Once all the product is removed, the rail cars and locomotives will then be removed from the site.

They are also monitoring the quality of the water every few hours.

Officials said that a rock slide on Thursday morning caused the derailment, which happened near Elkhorn City.