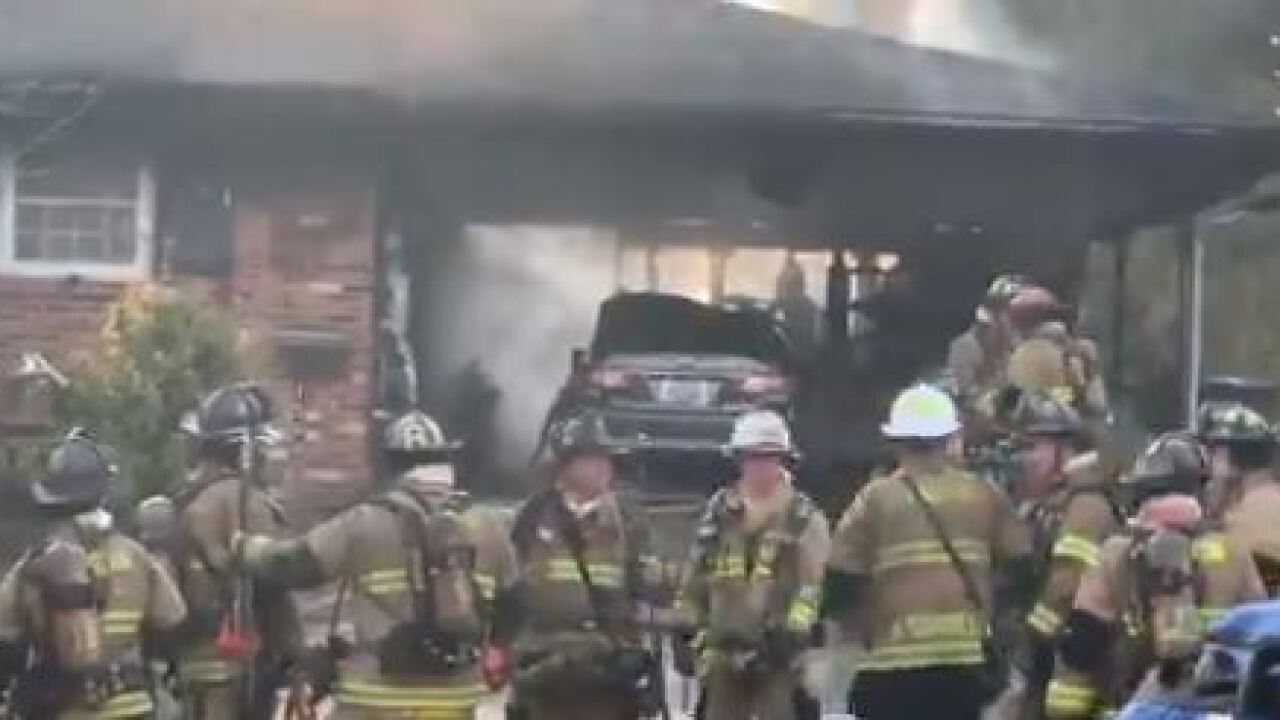 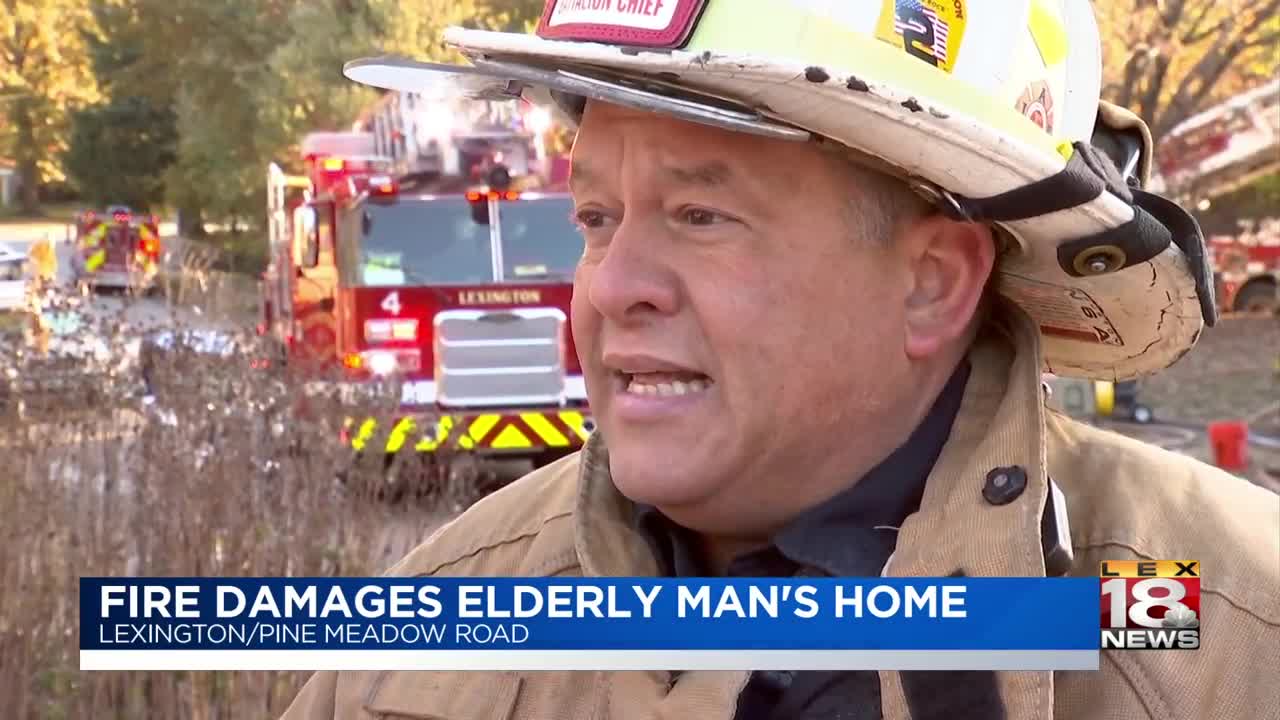 LEXINGTON, Ky. (LEX 18) — An elderly man is lucky to be alive after a fire broke out at his home Friday morning.

Multiple fire units were dispatched to a home on Pine Meadow Road just after 7 a.m. Friday morning. Neighbors were immediately concerned about the gentleman who lives inside when smoke filled the streets.

"I was leaving to go to work. When I came out, there was just a little bit of smoke coming out from the eaves and then within seconds, just the entire block was pretty much engulfed with black smoke," neighbor Connie Moore told LEX 18.

Moore called 911 to report the blaze and multiple units showed up.

"When we got there, there was heavy fire showing from the car port area and the rear of the house. Heavy smoke. It was pretty obvious when we were headed this way that there was a fire because there was a lot of smoke and the smoke was hanging low this morning," Battalion Chief Chris Ward explained. "The gentleman was still inside the house that lives here. He said that he had gotten up and heard some noise--saw some flames out his bedroom window. Walked out as we were stretching lines to knock the fire down and he meets us at the door,"

While the carport and vehicle were damaged, the rest of the house received water and smoke damage. Ward says it's a good reminder that smoke detectors can save lives.

"Smoke detectors are a vital part. They should be in everybody's home and business. You ought to replace the batteries at lease twice a year whether they need them or not because you never know when a battery's going to be dead," Ward explained.

The man's family showed up to help him deal with the aftermath.

Much of the external damage appears to be at the back of the car port. That’s where the smoke is still rising from. @LEX18News pic.twitter.com/kXiVSuql9l

BREAKING: We are on Pine Meadow Rd. in #Lexington where firefighters are responding to a house fire.

There is still smoke coming from the roof of the home. @LEX18News pic.twitter.com/qRB3Ts1znM