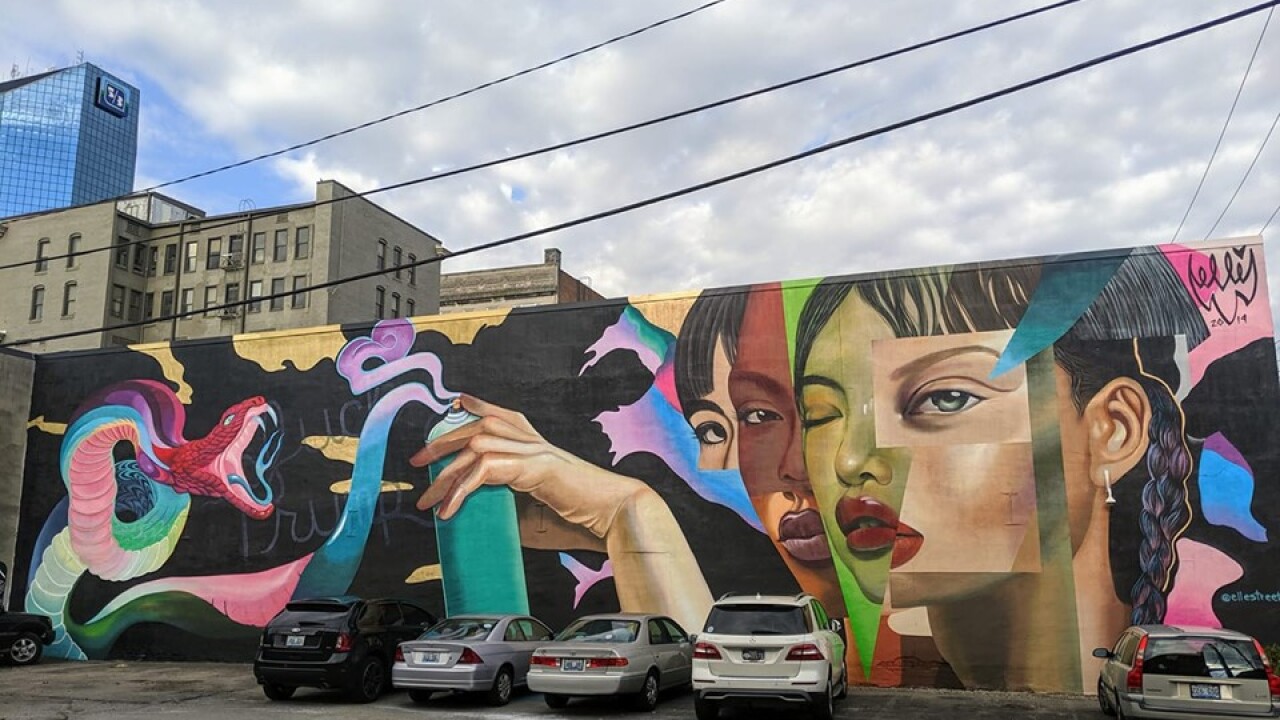 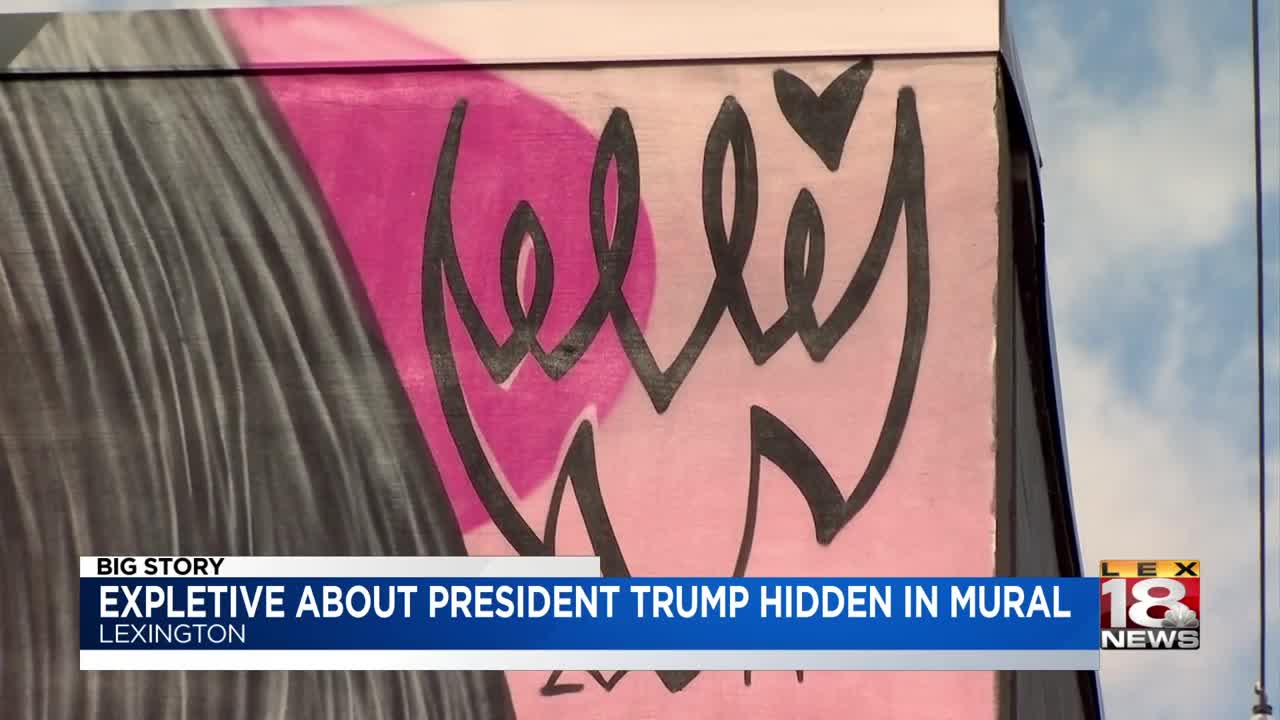 LEXINGTON, Ky. (LEX 18) — A mural in downtown Lexington has caught some eyes after people began to notice a hidden message in the artwork.

The piece, titled "The Devil Is in the Details," was created for the group PRHBTN in Lexington and is located on a building at Short and Church Streets. The drawing appears to show four women and a snake emerging from a can of spray paint.

However, sharper eyes noticed that behind the paint snake were two words: "F*** Trump."

The artist, identified as ELLE Street Art, released a written statement to LEX 18 admitting that the phrase is hidden in the piece:

"In America we are all entitled to share our opinion, and it’s important to exercise this right. Let me be clear, this is not about politics, this is about expressing my anger: I am fed up! I demand a better leader who is not a misogynistic “p***y grabbing” inappropriate person. I want a leader, from any party- who is respectful, anti-racist, believes and acts to mitigate climate change and who believes in gender equality. We need to hold “leaders” to a higher moral standard. I am fed up with this delusional sexist, racist man. As the child of an immigrant, I imagine Trump dislikes me as much as I do him. I believe that immigrants enrich America- it is what makes this land great and culturally rich- a place of opportunity for all. Trump has reduced National Park territory, instead giving it over to private corporations, he is rolling back climate change progress and is openly sexist and misogynistic. How can we allow someone like this to represent our country and stand as our leader? What example does this set for future generations? Politics had gotten in the way of judgement (sic)- we are too divided across the aisle- this is about integrity and showing our future generations what we will and won’t stand for. Let’s unite in denouncing sexism and racism!"

The words were also supposed to be glow-in-the-dark, the artist explained, so it would be a surprise and not show up during the day. The paint did not dry clear.

The New York artist insists she wanted the piece to be a conversation starter.

A spokeswoman for Mayor Linda Gordon said the issue was beyond municipal control.

"This is a mural on a private building," Susan Straub said in a statement. "No public dollars are involved in this mural. As much as we don’t agree with the use of vulgarity, this is a free speech issue.”

PRHBTN is an annual art project that describes itself as "an annual celebration of art forms that have been criminalized, marginalized, and under-appreciated in the mainstream, featuring public murals." The project is sponsored by grants and donations and has several murals throughout the city.

John Winters, PRHBTN's co-founder spoke with LEX 18 and stated that he wasn't aware of the expletive beforehand.

"We give our artists full creative control, so we had no input or final approval over it and she made a choice that she felt very strongly about and put it on the wall."

Hours after LEX 18 posted the story, our crew went back to the scene and saw a man painting over the words "F*** Trump." He told LEX 18's Jacqueline Nie he was painting over it because it was "inappropriate."

Police arrived at the scene. They told LEX 18 that the man painting over the expletive will not be touching the bright colors of the design.

The man who owns the building, Michael Davidson, told LEX 18 he was excited when the arts commission contacted him about putting another mural on his building, but he was not aware of the expletive beforehand.

"I don't condone or express an opinion about somebody else's thing unless I said it. And I didn't say it, so I'm just going to leave it at that," said Davidson.

He said he did not give the artist permission to put the expletive on his building, so he had someone cover the words up, while keeping the overall integrity of the mural intact. As our crew was there, people began to watch the mysterious painter cover the words, and the situation between the onlookers and the painter got heated, with someone even kicking the man's ladder.

Davidson says his next move is to speak with the arts commission.

I asked him what he was doing. He said he was “painting over it because it was inappropriate” @LEX18News