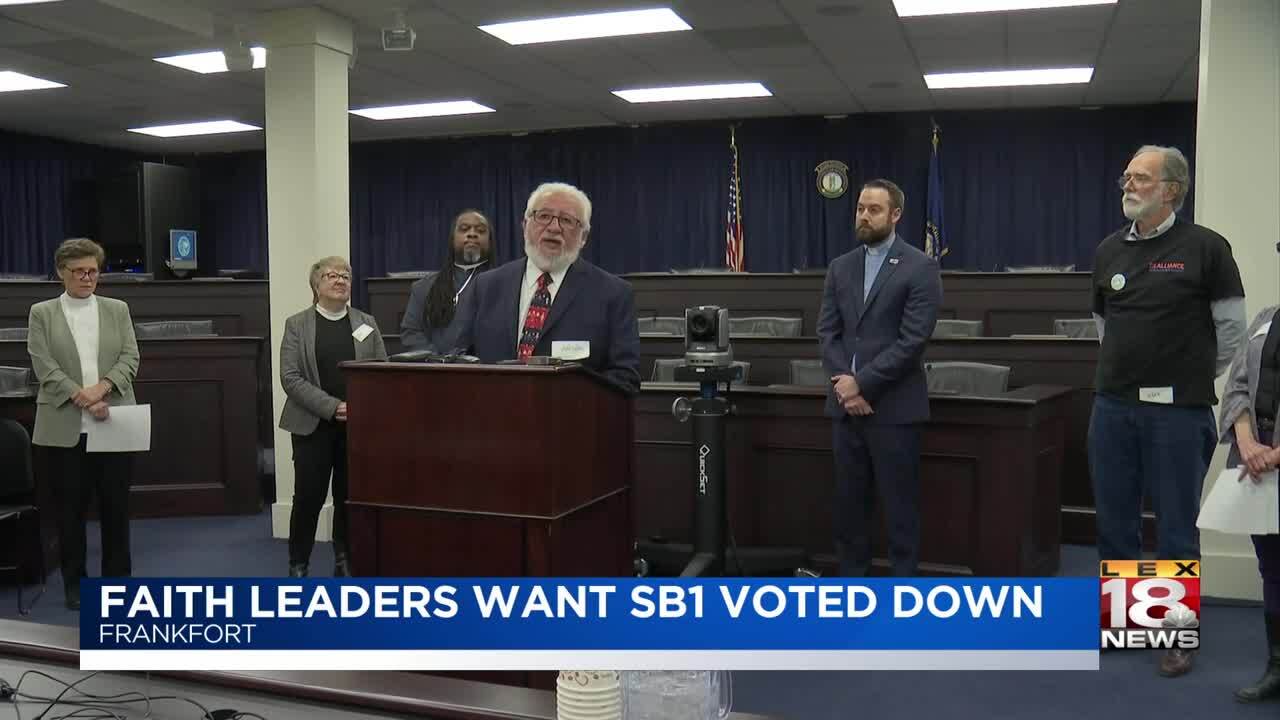 FRANKFORT, Ky. (LEX 18) — A number of faith leaders gathered at the Capitol today demanding lawmakers vote down a bill that would force Kentucky cities to cooperate with federal immigration police.

The faith leaders who gathered at the capitol today say they believe this bill would lead to racial profiling and intimidation.

"Its kind of hard to see how this bill would not lead inevitable to racial profiling and discrimination if it is put to law because what measures which aren't outlined in the bill because someone who is untrained supposed to take in their cooperation with federal authorities in determining if someone is here with the proper documentation or not," said Reverend Ryan Eller, Executive Director of Define American.

They have received over 300 signatures and say they encourage more faith leaders to join their efforts.