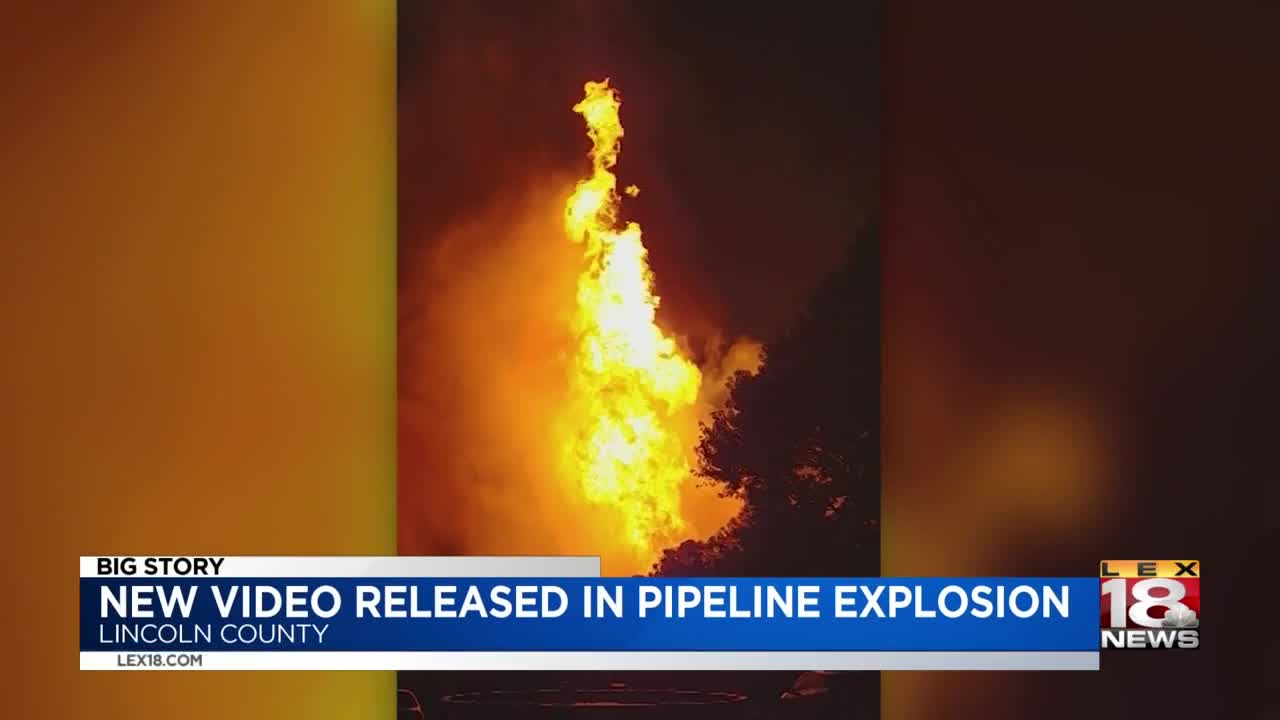 LINCOLN COUNTY, Ky (LEX 18) — LEX 18 has obtained never before seen video of the pipeline explosion in Lincoln County that killed one woman in August. Her family has now filed a lawsuit in Texas, against Enbridge, the company that owns the pipeline.

And in Lincoln County, the U.S. Centers for Disease Control and Prevention have started assessing potential health problems.

In the never-before-seen security camera video, you can see the pipeline explosion light up the sky. 58-year-old Lisa Derringer was killed as she tried to escape it. On Monday, her family filed a lawsuit against Enbridge, the company that owns the ruptured line. The lawsuit states that Derringer was trying to run for her life and call her family. Attorneys are suing for Gross Negligence and Wrongful Death, claiming Enbridge failed in many areas. Including, not properly monitoring gas flow ad failing to properly construct and design the pipeline that blew up.

It's been over a month since the explosion and two weeks since the adjacent pipeline was turned on. People who witnessed the explosion say their home will never be the same.

The Health Department, along with the CDC started interviewing first responders and people who live closest to the explosion area, to assess potential health problems caused by the explosion.

"I didn't have nothing wrong with me like that until - my voice has changed . And like I said, I'm weak, I'm nervous. I never was like that, that's bad," Coulter said.

The CDC has not determined a timeline for when Coulter will get answers. The assessment will continue through September 20th. The team will be wearing vests identifying themselves as part of the Public Health Response Team. Three seperate attempts will be made at each home, and a call back number will be left if the residents are not home.