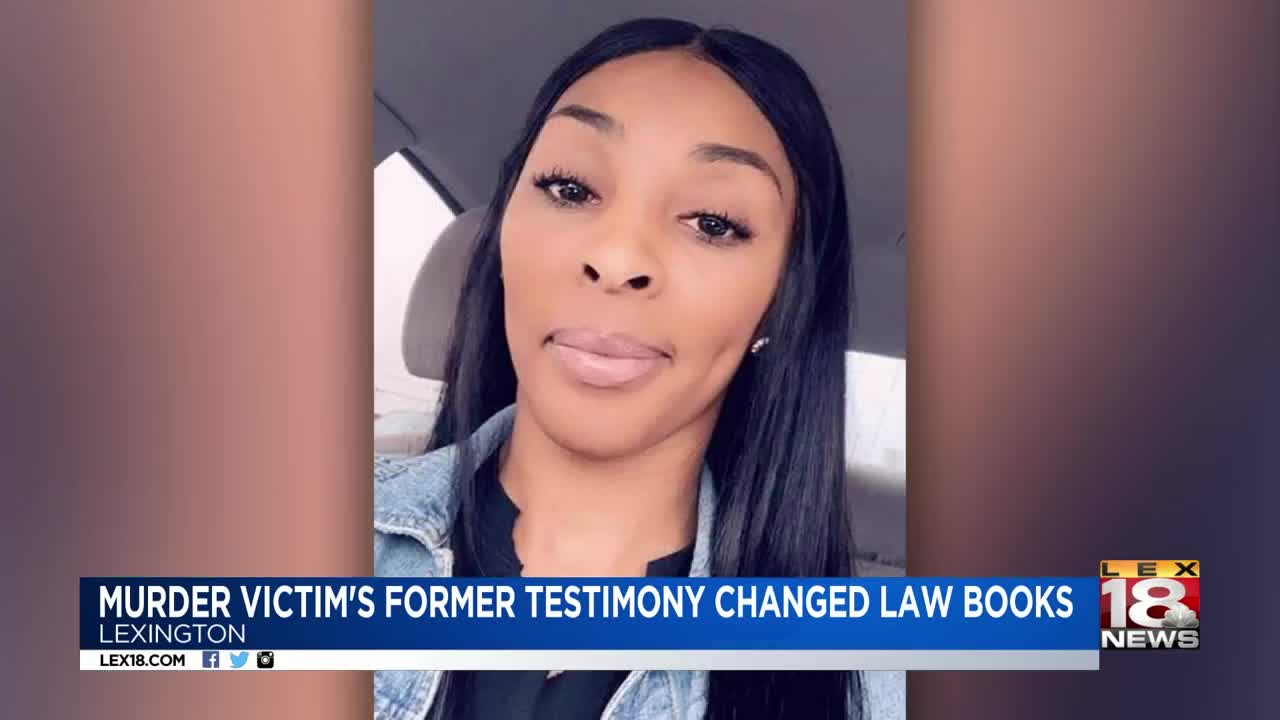 LEXINGTON, Ky. (LEX 18) — The family of a Nicholasville woman who died after being shot outside of Fayette Mall says her legacy will live on in help for young crime victims.

LaPorscha Stringer, 30, died Sunday after being mortally wounded in the shooting Friday in the mall's parking lot. No one has been arrested in the case.

Stringer's grandparents tell LEX 18 that a few years ago her testimony found its way into the wrong hands after an open records request.

That lead to a push for a Kentucky law to protect young crime victims.

A petition was written, and 1,700 signatures later House Bill 3, which mandates a juvenile victim's testimony be only available for official use, was passed by state lawmakers. It was signed into law in 2006 by former Gov. Ernie Fletcher.

"And it hurts me to my heart," said Stringer's grandmother Lucy Jones. "I'm so sorry ... that she's gone."

Police said they believe Stringer knew her killer but no one was in custody for the crime.