In less than two weeks, UK begins its season 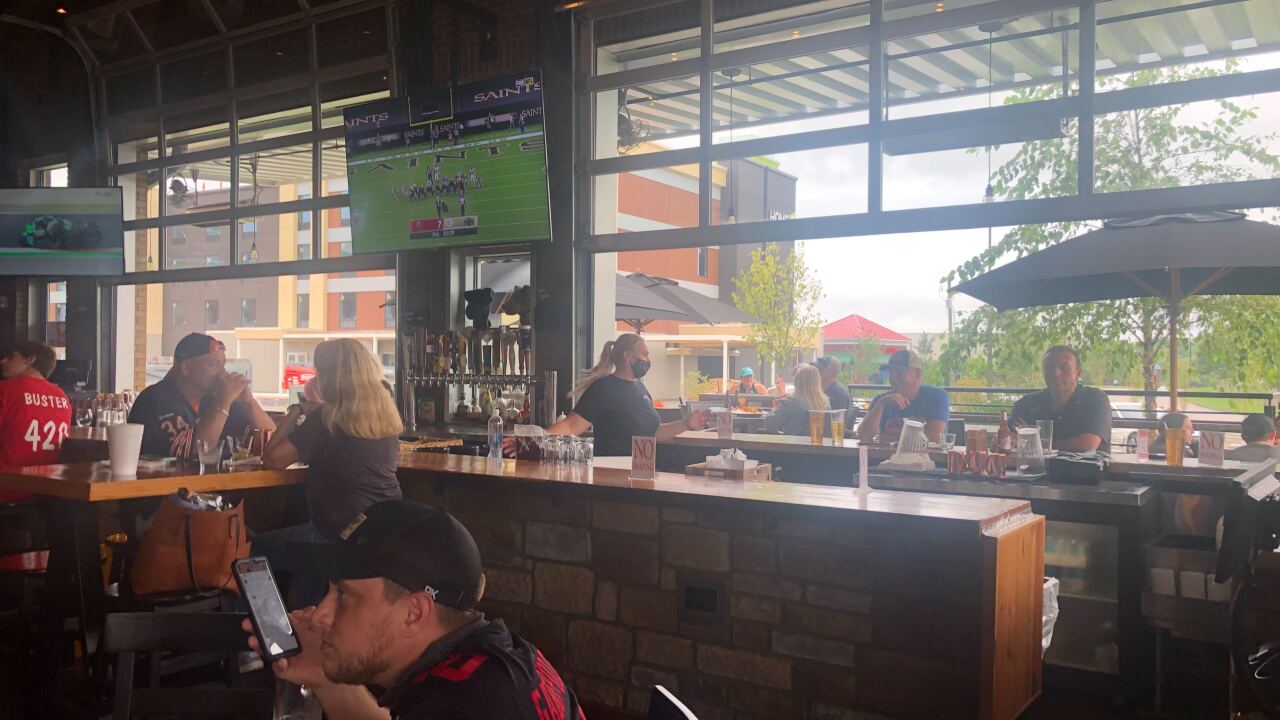 LEXINGTON, Ky. (LEX 18) — Sunday Night Football kicked off on LEX 18 tonight with a big matchup: the Dallas Cowboys vs. the LA Rams.

There's no NFL in Kentucky, so most fans spend Sundays tracking their own teams or players for fantasy football at home or at a restaurant.

Double Dogs in Lexington braced themselves for an influx of people on Sunday afternoon. The restaurant is already enforcing social distancing guidelines, and football Sundays are no different.

The general manager says they have are spacing people 6 feet apart and have limited their capacity. Diners also have to wait outside until their table is ready.

"It feels good having them back in we have a good crowd today. We are asking people to wait, but they are being patient and waited. The people that were here had a good time and some of them left at half time so that other people could come in," said Double Dogs GM Jimmy Woodward.

"It feels good to be out again actually being able to watch sports again, and actually watch the NFL. It'll be nice to be able to go to games again, but I know it's a matter of time. But as soon as the availability is there, I would love to start going to games again," said Kim Davis.