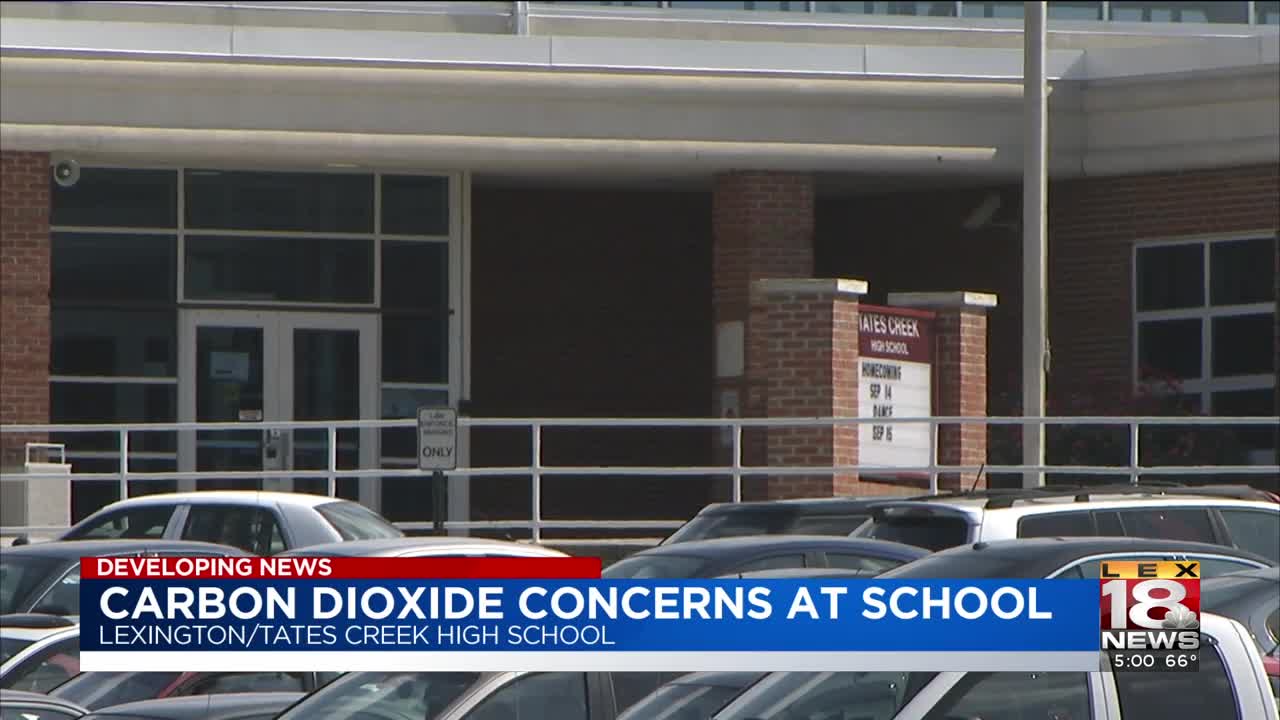 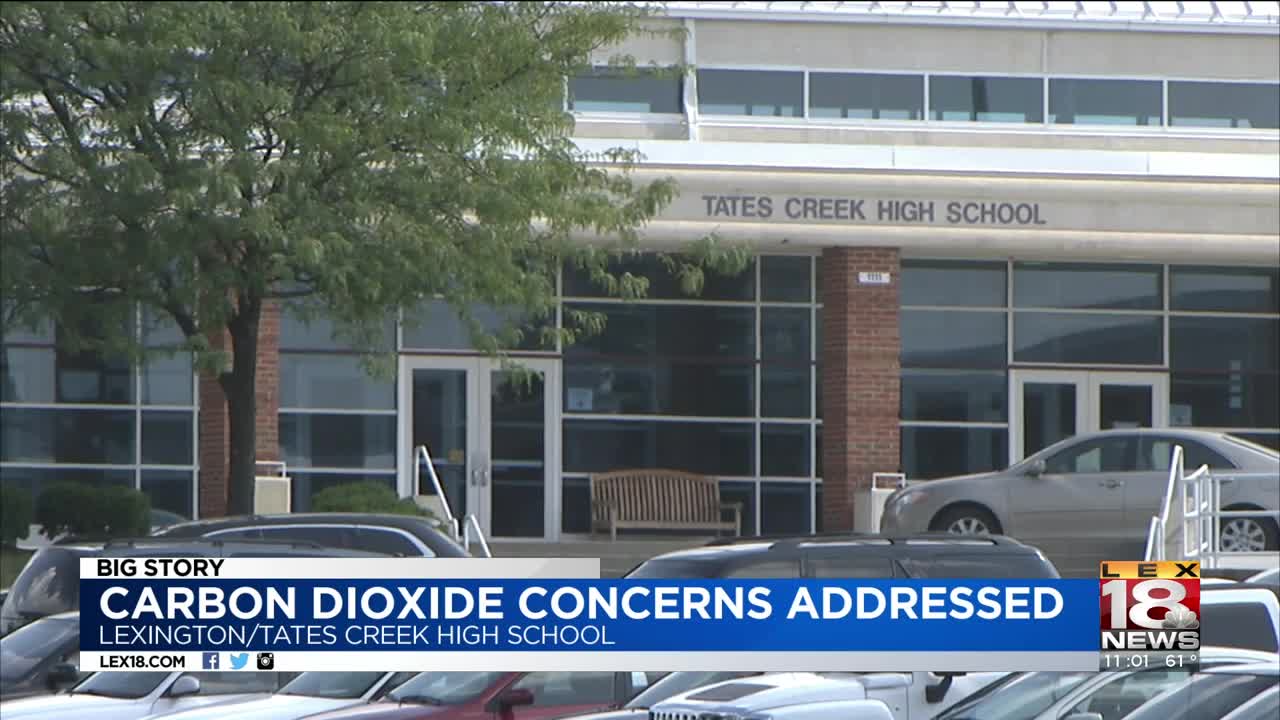 LEXINGTON, Ky. (LEX 18) — A message from the spokesperson for Fayette County Public Schools says that they are monitoring the indoor air quality at Tates Creek High School after monitoring revealed elevated carbon dioxide levels in some areas of the building.

This was revealed in August. Spokesperson Lisa Deffendall says that the week before Labor Day, their maintenance department determined that the air make up units were down in one area of the building. After repairs were completed, they did see a reduction in carbon dioxide levels, however, there are six air make up units in that part of the building and they continue to have issues with them. At one point, all six were down, but now, three are not working.

They have received the parts and crews have begun the installation process. They hope to have the air handling units back up tomorrow. They'll continue to monitor the air quality levels.

Exposure to elevated levels of carbon dioxide can cause irritated eyes, throat, and nose, along with difficulty breathing, a tight chest, coughing or wheezing.

You can read the full statement below.

However, there are six air make up units in that part of the building and we have continued to have issues with them. At one point all six were down, but at this time, three units are not working. Due to the age of the HVAC system, the manufacturer no longer makes parts for the system but we were able to order them from a distributer. They were supposed arrive two weeks ago, but instead arrived today. We have begun the installation process and anticipate having those air handling units back online tomorrow. We will continue to monitor the air quality levels in the building and look for a solution that will ensure the safety of students and staff while the new school is under construction. Principal Marty Mills said, "We have worked closely with district officials and faculty members to find an immediate solution to the carbon dioxide issue, while we excitedly anticipate a long-term solution with our new building. The allegation that “administrators at Tates Creek are telling parents they do not know how to fix the issue while having teachers and students still in the classroom,” is false. No one on my administrative team has spoken with any parent about carbon dioxide concerns. We have been diligent about seeking solutions and making accommodations for students and staff in the affected areas, including portable air conditioners, dehumidifiers, fans and class relocation.""