Fayette Schools cash in on 'In God We Trust' fix 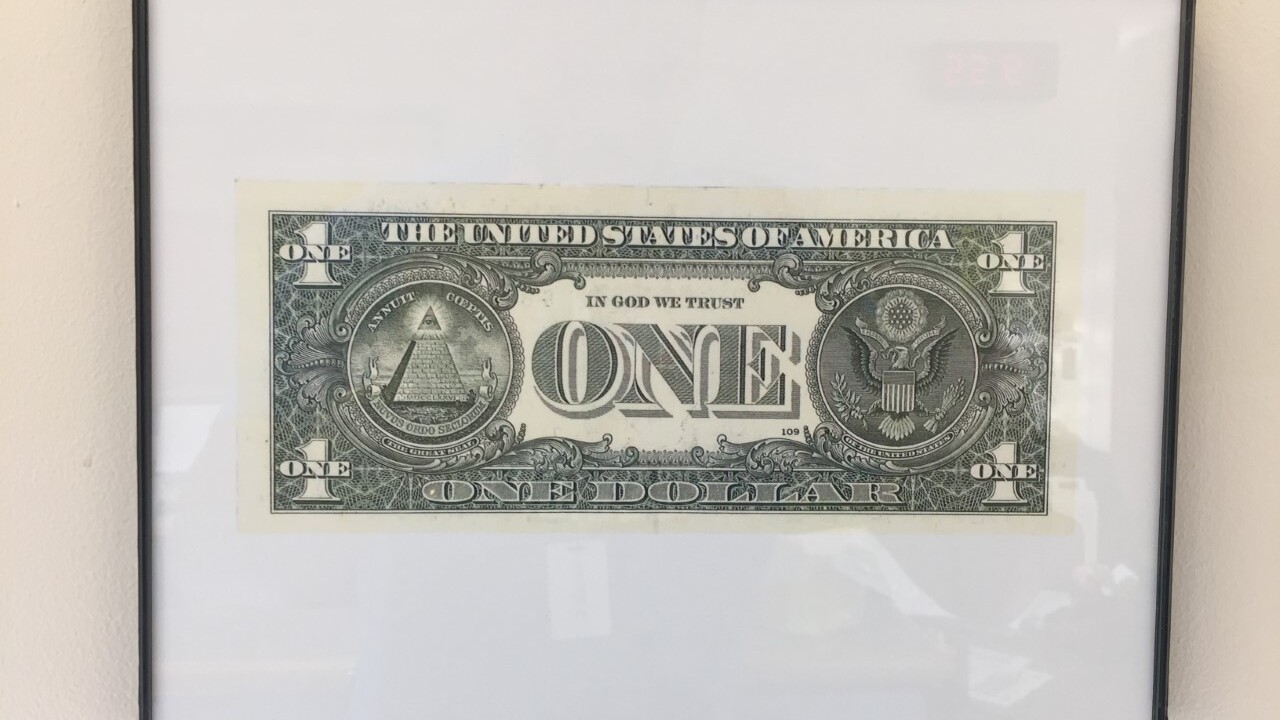 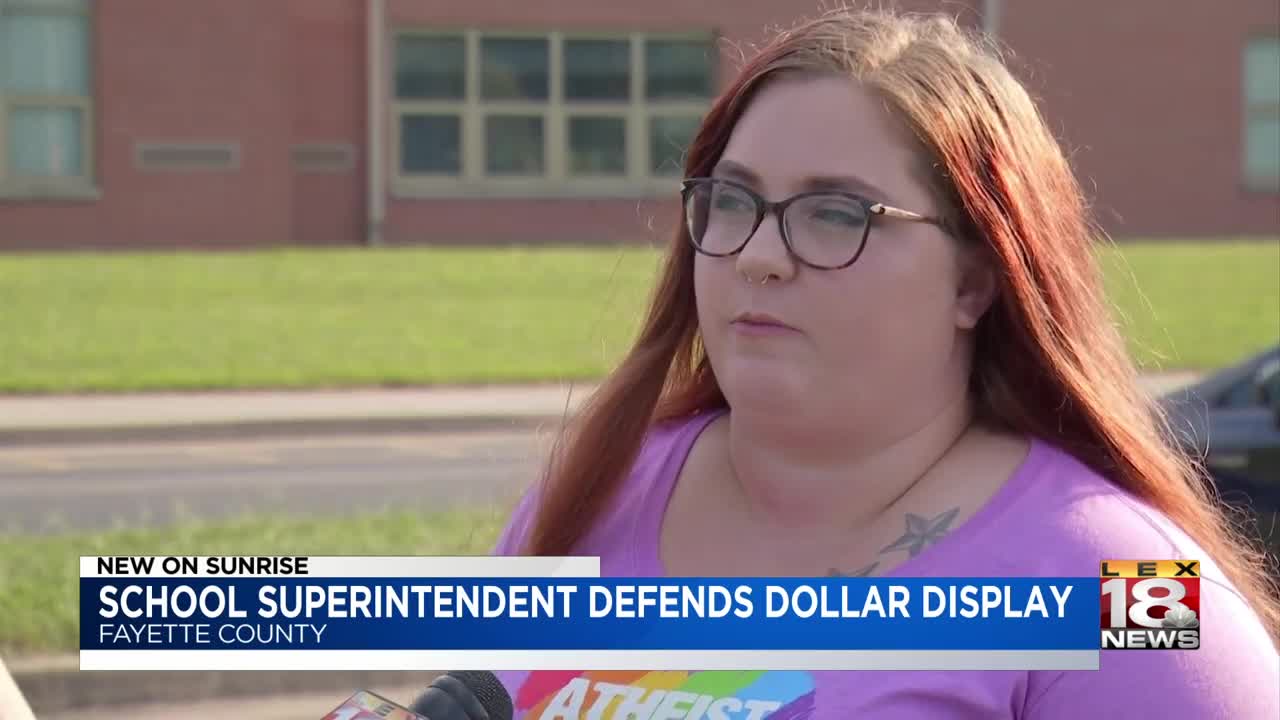 LEXINGTON, Ky. (LEX 18) — Fayette County Public Schools has developed a cash-based solution to a new law requiring the national motto "In God We Trust" to be prominently displayed in all schools.

"Beginning in the 2019-2020 school year, local boards shall require each public elementary and secondary school to display the national motto of the United States, "In God We Trust," in a prominent location in the school," the legislation reads in part.

The measure also has language requiring that the motto be displayed in "prominent location," which it characterizes as a "common area where students are likely to see" the display.

Thompson sent the email to district principals in late July. It said the schools' "General Counsel has recommended we comply with this requirement by displaying a copy of a one dollar bill in your front office areas." It went on to say maintenance crews would be visiting the schools to install the photos, which is of the back of a $1 bill that has been enlarged 175 percent.

LEX 18 reached out to Fayette County Schools repeatedly with no response, until they sent this statement at 4:55 p.m. on Wednesday:

"We had a wonderful first day in the Fayette County Public Schools, welcoming a record number of students back to campus. Our families, students and employees who care for them are focused on learning. Like every school district in the Commonwealth, Fayette County Public Schools has complied with the requirements of the new law to display the national motto in our schools. All schools in our district have been provided a framed version of an enlarged copy of a one dollar bill to display in a prominent location."

This statement was sent to LEX 18 by Lisa Deffendall, the district spokeswoman. The statement was said by Fayette County Schools Superintendent Manny Caulk.

Rep. Brandon Reed responded to the display of $1 bills with a statement via email on Wednesday evening:

“It is extremely disappointing to see Fayette County Public Schools spend time searching for silly loopholes to a law that passed with broad support from both Democrats and Republicans and received over 70 votes in the House of Representatives.

Instead of empowering students by allowing them to create artwork displaying our national motto, Fayette County has instead chosen to play political games and deprive students of that opportunity. Many districts across the state have chosen the avenue of creative student artwork, which my bill expressly allowed for and would come at little to no cost to our schools. Our national motto is prominently displayed in other public institutions, and is something to be proud of, not ashamed. I hope to see FCPS reconsider their unfortunate decision.”

"We appreciate the spirit of bipartisanship and cooperation that Rep. Reed mobilized to pass legislation that had a direct impact on the 1,466 public schools in Kentucky, and hope he will continue to bring together lawmakers on both sides of the aisle to address the most pressing needs facing public education in our great Commonwealth.

Our students and families need lawmakers to reverse more than a decade of underfunding public education by investing in early childhood education to open windows of opportunity for children who are coming to school behind their peers, expanding funding for full day kindergarten so that students in every school district in Kentucky have a strong start to their educational career, and providing the resources to cover mandates in Senate Bill 1, which a bipartisan working group determined were necessary for the safety of our students and those who educate them.

As a student of history, I am disappointed to hear Fayette County’s compliance with the state law requiring the display of our nation’s motto described as a loophole. Our actions are not part of a political game as Rep. Reed suggested. We have taken our lead from the members of the 84th United States Congress, who passed a joint resolution on July 11, 1955 determining that the most appropriate and enduring placement of the national motto was on all U.S. currency and coins. How can that display, used daily in commerce, be acceptable and ours considered unfortunate and silly?"