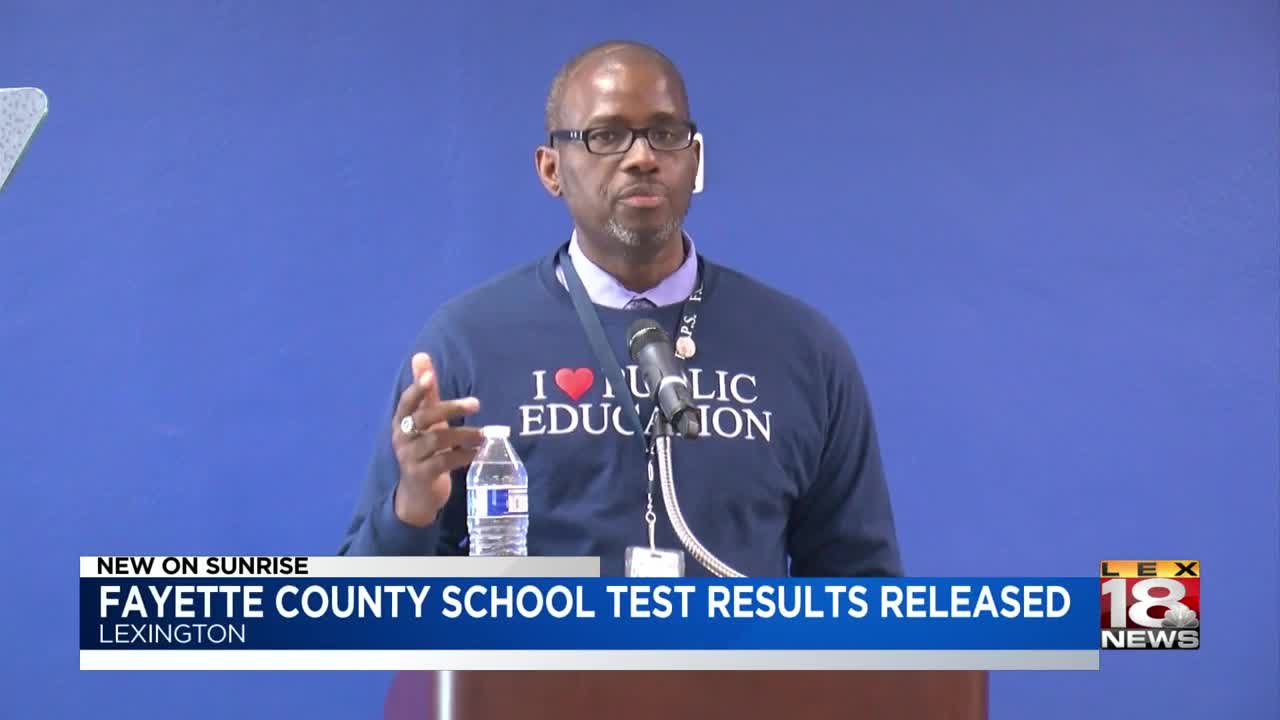 LEXINGTON, Ky. (LEX 18) — Fayette County Public Schools is praising itself after the latest state and national test results for the district were released by the Kentucky Department of Education.

The results, which were released Tuesday, show the district is taking the right steps to improve its schools.

"Our district embraced the opportunity we were given to examine existing practices, reconsider current strategies, identify innovative solutions and make mid-course adjustments with the support of our school board,” said School Superintendent Manny Caulk.

At the elementary and middle school levels, the district's scores on the proficiency indicator, separate academic indicator, growth indicator, and overall weighted score are higher than the state's.

At the high school level, the district's score on the proficiency indicator is higher than the state's.

Also, last fall, seven schools were identified for Comprehensive Support and Improvement based on performance in the bottom five percent of schools. Six of those seven made improvements that move them out of that status. That doesn't mean the work is done, though.

“We will continue to implement those turnaround plans and invest needed resources and support beyond the removal of that CSI label,” said Caulk.

For more information on the results, you can read the district’s official statement here.