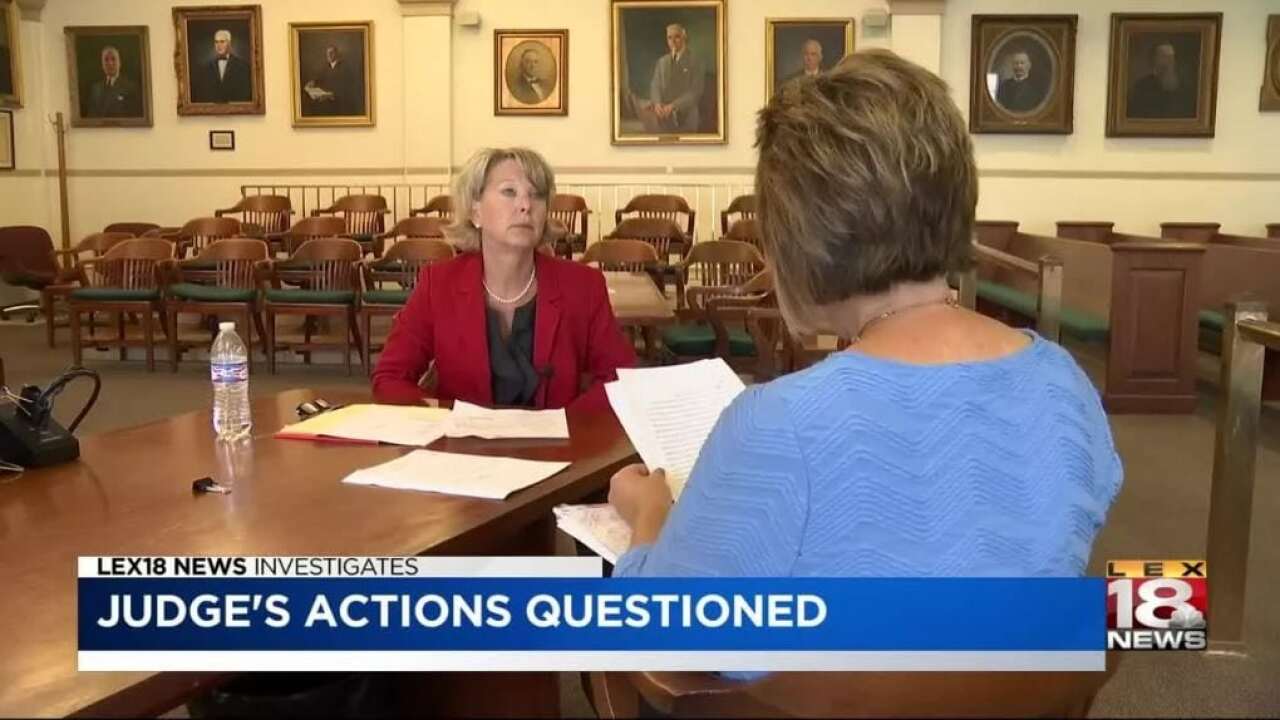 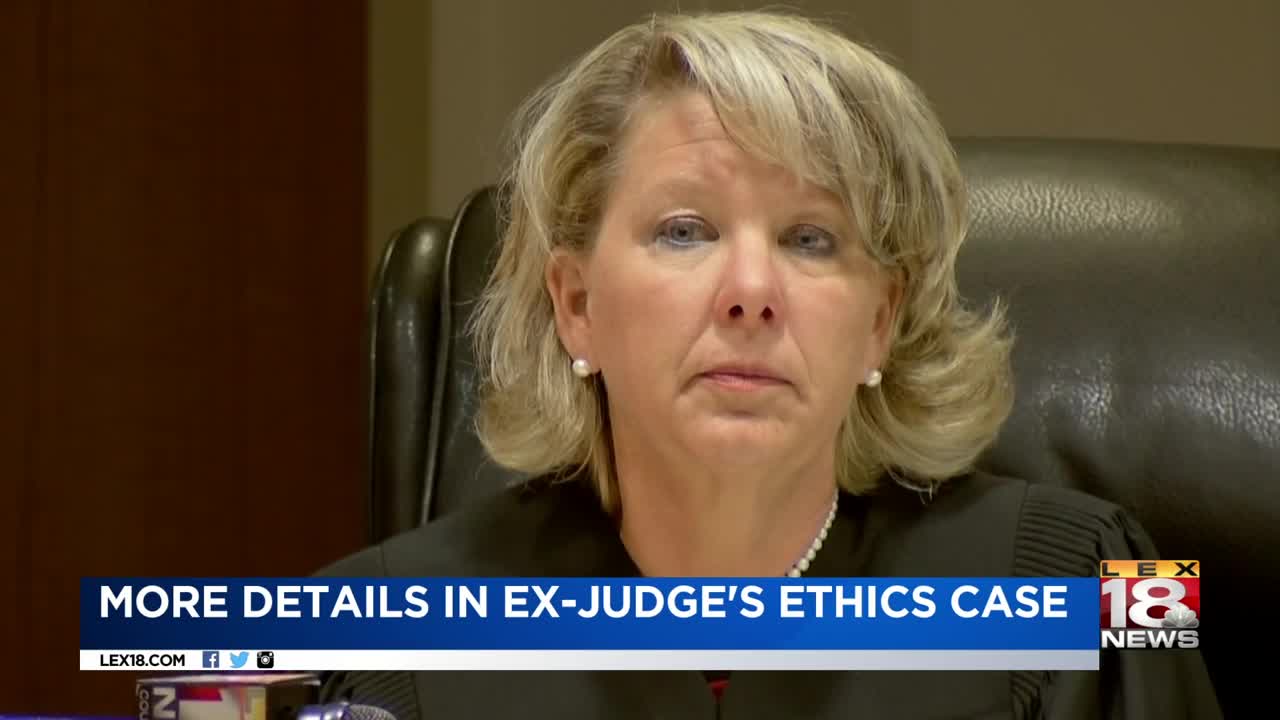 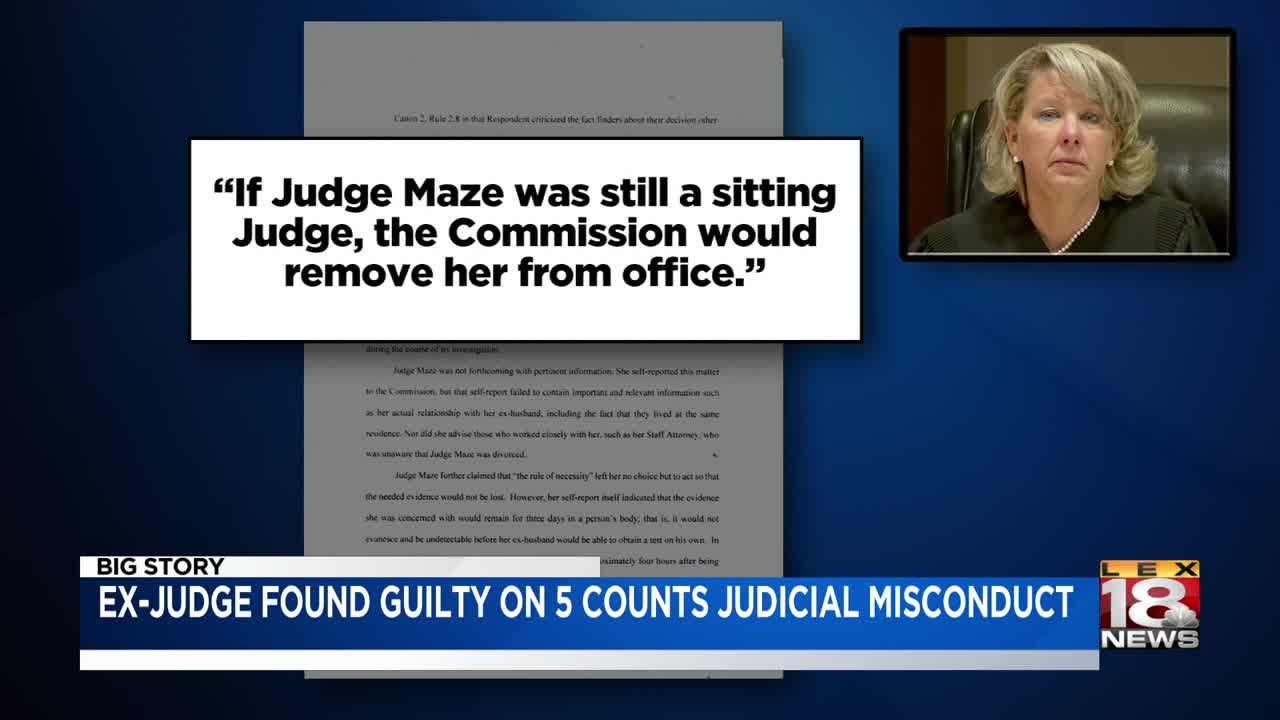 FRANKFORT, Ky. (LEX 18) — A former chief circuit court judge has been found guilty of violating five of six counts of judicial misconduct by the Kentucky Judicial Conduct Commission. The JCC recently held administrative hearings on the matter and today released its findings, calling her alleged actions a "travesty."

The final order came down Thursday morning, ending a two-year-long saga. Former Judge Beth Maze sent her resignation to the governor's office Oct. 24, just days ahead of her ethics trial before the Kentucky Judicial Conduct Commission. Maze presided over Bath, Rowan, Menifee and Montgomery counties, but was suspended by the JCC with pay for the past year. She was accused of issuing court drug test orders for her ex-husband when he was arrested in 2017.

The Judicial Conduct Committee stated that Maze signed orders that showed the Commonwealth's Attorney and Bath County Attorney had seen them, when in fact they hadn't. The name of her ex-husband's attorney was also on the order.

In a 34-page judgment, the chair of the committee issued a public reprimand.

"The most troubling aspect of this situation is that Judge Maze does not understand or appreciate the harm that she has done to the Judiciary. Judge Maze has consistently indicated that no one was harmed. That is far from the truth. The Judiciary, as a whole, has been greatly harmed," reads the order in part.

The order also adds that if Maze hadn't already resigned, she would have been removed from her position.

The ethics violations are not a criminal charge. Maze is currently facing two counts of forgery-second degree by making, completing or altering a public record and tampering with public records in the very court system in which she used to preside.

Thomas Clay, who represents Maze, says the JCC's findings are the result of a kangaroo court. "They ignored evidence we presented and violated Judge Maze's constitutional rights to remain silent." Clay says he looks forward to the Kentucky Supreme Court taking a careful look at the JCC's findings. They plan to appeal

Maze has defended her actions and can appeal the JCC's decision.

You can read the final order in its entirety here. The findings start on page 12.