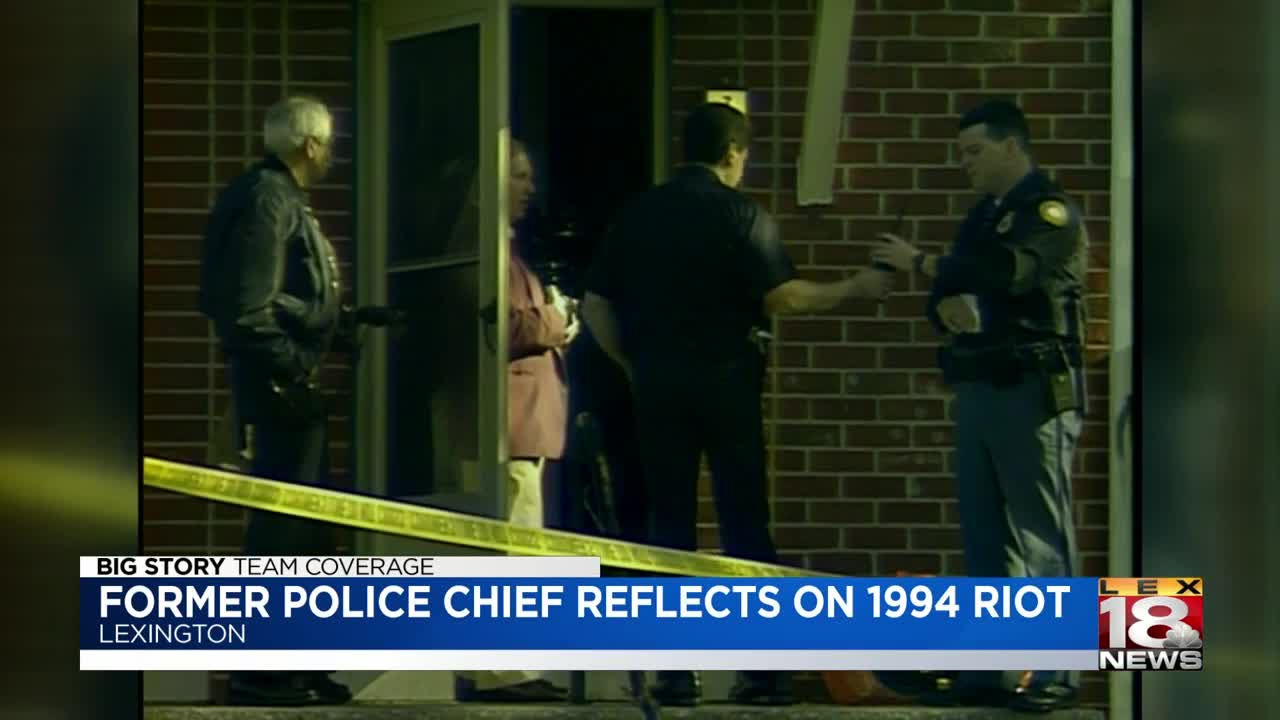 LEXINGTON, Ky. (LEX 18) — Former Lexington Police Chief Anthany Beatty, Sr. has seen this before: the overwhelming frustration and the calls for justice and accountability.

Back in 1994 he was on the force when a riot was sparked after a black teen was shot and killed by police in Lexington.

While that riot happened almost three decades ago, Beatty said race relations in this country have not improved.

"From my perspective, not a lot has changed," Beatty said. "It saddens me more to think that not only has it not changed, in many cases it has gotten worse. That's from the politics of what we're dealing with in our community. It's from the relationship piece, it's from the law enforcement, it's from all those factors that affect how we interact with each other."

As LPD's first black police chief, Beatty said he has a lot of pride. He said that can be true while also believing there needs to be significant systematic change.

"Growing up as an African American kid here is certainly something I'm really proud of and I'm as equally proud of being a police officer in Lexington," Beatty said. "With both of those come a deep sense of responsibility and a deep sense of commitment not only to the community, but also the roles that I served in. I have the utmost admiration for law enforcement and I have the utmost admiration for the Lexington Police Department because that's where I spent 35 years of my life. At the same time, there are some things wrong that need to be addressed."

He said it all starts with police hiring practices. He said it's important to recruit officers who are not only a part of but also care deeply for the community.

"Then it falls upon police leadership and local government leadership to provide and equip them with the tools needed," Beatty said.

He also said it is important to take a hard look at who's already employed as officers.

"Law enforcement has no choice but to look at what's going on internally at their agencies, who the members of their agencies who might be a threat to the community are, and then figure out how you better train those individuals, how you better equip them to deal with situations with people," Beatty said. "I'm asking law enforcement how they can be more proactive in dealing with those individuals who might lead to problems not only for the agencies but for the community."

He added that Lexington PD, specifically, does a good job monitoring behaviors and activities and how to react to the situation with discipline and termination when need be.

Lastly, Beatty said change also needs to come from the community itself.

"I'm not asking for patience because I fully understand where folks are and how they feel about what's going on in their community, but I'm asking for them to come to the table," Beatty said.

He suggested that the community come together to meet with the officials who have the power to make meaningful changes. Then, they can discuss what's needed to move toward a more equitable future together.