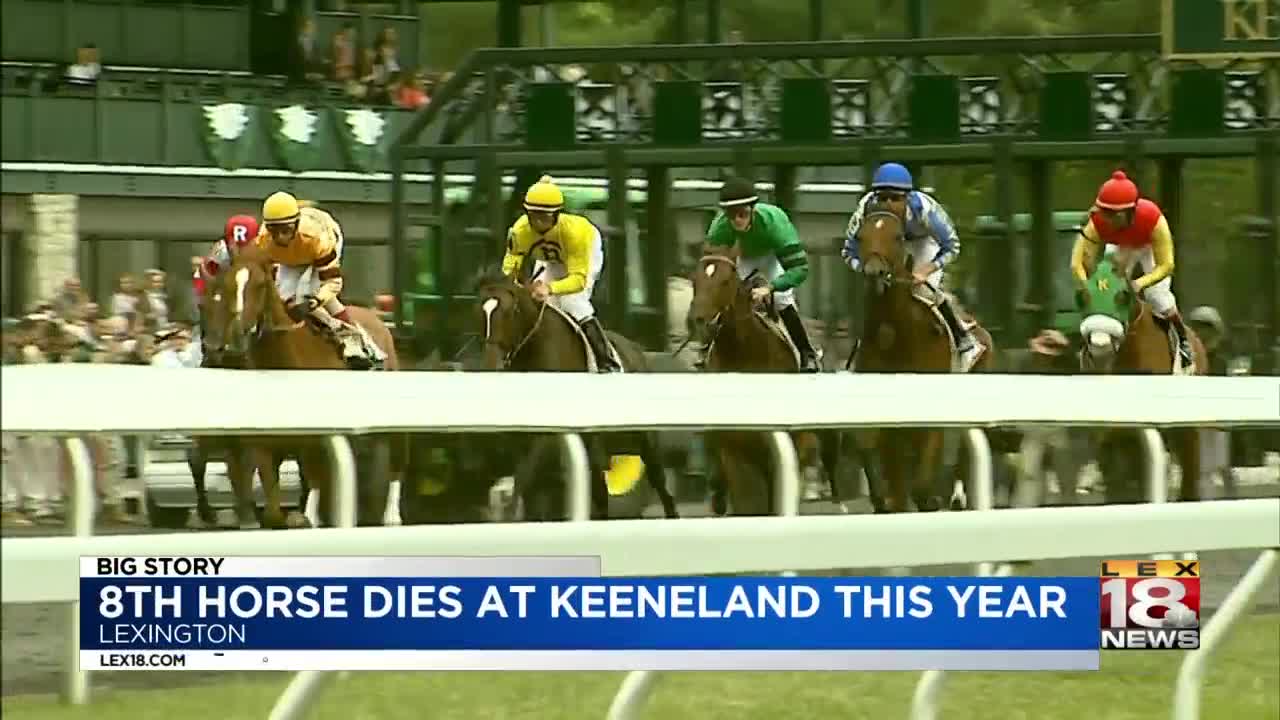 During Keeneland's sixth race Wednesday, a two-year-old filly named Integral got hurt and the horse was later put down.That brings the death total to four horses in the first nine days of the fall meet.

Last week Keeneland said it is working to bring that number down to zero.

"Our goal is zero," said Bob Elliston, the Vice President of Racing at Keeneland. "We want to have the absolute safest racing environment we can, and we're going to endeavor to find that. If we can't get to zero than we're going to leave everything on the court as they say in basketball, to get to zero fatalities."

Based on the numbers, this year is unusual for Keeneland. In addition to the four horses who died in the last two weeks, four other horses died during Keeneland's spring meet. This puts the track's total to eight death so far. There are still seven days of racing left.

Those numbers are lower than other tracks like Santa Anita in California, but Santa Anita starts more horses each year and races more days than Keeneland does.

So groups like PETA have been critical of all the race tracks. Last week, PETA sent a statement saying, in part, the deaths at Keeneland "show that it's not just a California issue but an industry-wide disgrace."

"Two dead horses at Keeneland in only a week show that it's not just a California issue but an industry-wide disgrace, and it's not just an "accident" but possibly a crime," said Kathy Guillermo, PETA Senior Vice President. "When a 3-year-old horse dies in what is only his second race, something must be very wrong with the training and treatment of Thoroughbreds before they ever get to the track. Law enforcement should investigate, all medication and training records should be made public, and all racing in the U.S. should shut down until the industry can stop the carnage."

"We need to be using the safest racing surfaces, and that means high quality synthetic and Keeneland knows this because it had a synthetic track and the deaths decreased and yet they went back to dirt track," said Guillermo. "That needs to change."