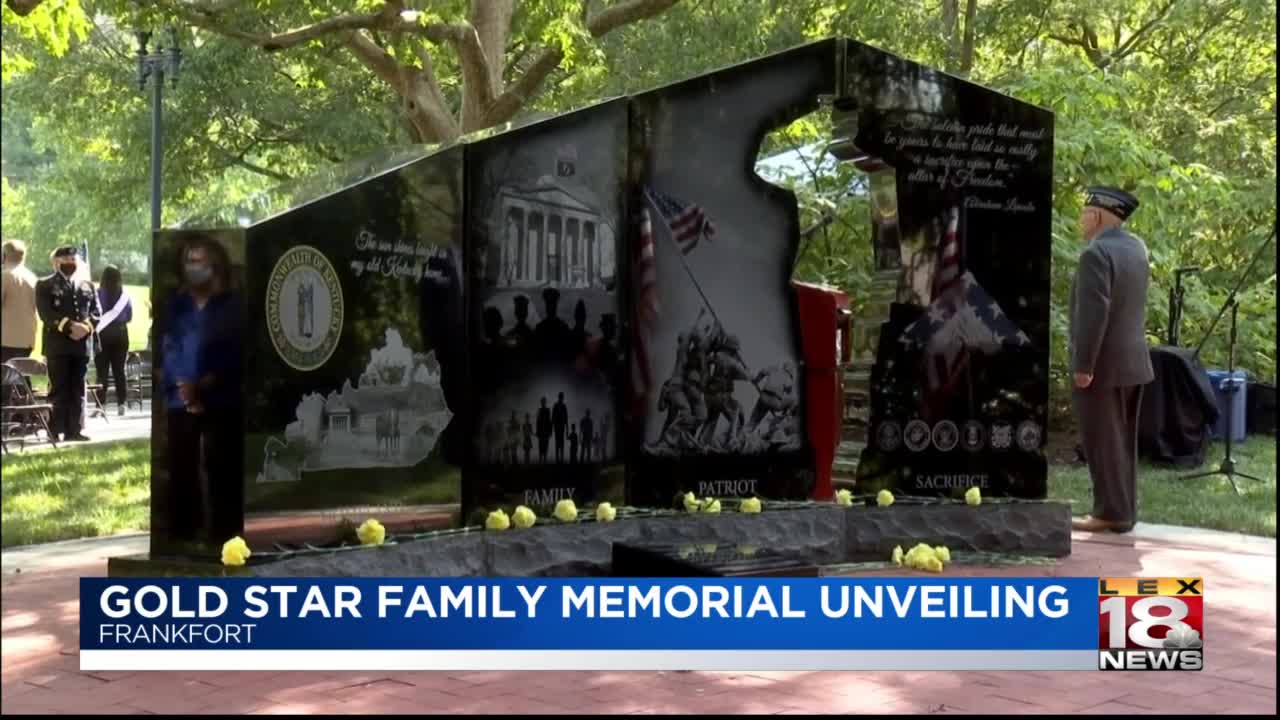 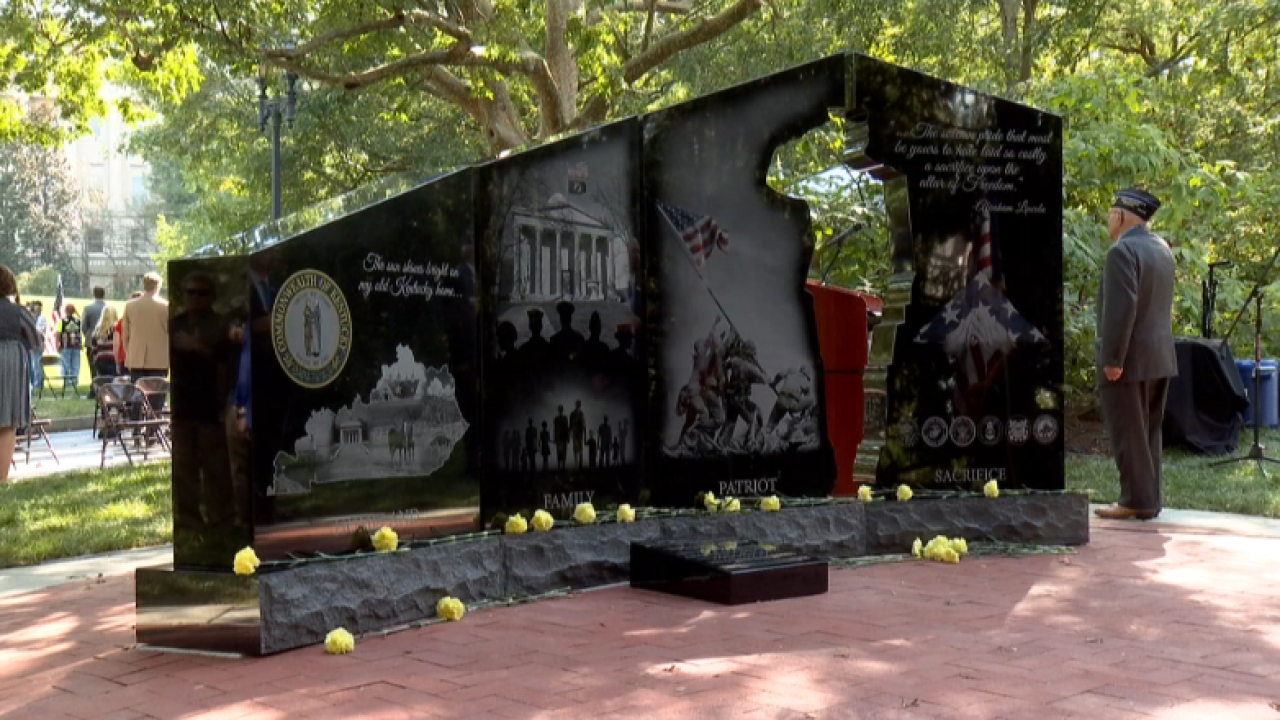 FRANKFORT, Ky. (LEX 18) — On Sunday, the state of Kentucky unveiled a monument honoring families who have lost loved ones serving in the military during times of conflict.

Those who have lost family members in this way are called ‘Gold Star Families.’

The Gold Star Families Memorial Monument was unveiled on the grounds of the state capitol Sunday afternoon before dozens of families.

Lynn Romans spoke during the ceremony. She lost her 24-year-old son, Darrin Potter, while he was serving in Iraq.

"It's very important to me that people realize the sacrifice that our servicemen are giving. We have servicemen that lose their lives every month," she said.

The memorial is the 67th Gold Star Families Memorial Monument to be established in the United States and the third to be dedicated on a state capitol grounds.

“We’ll never forget. We will always have that empty chair,” said Cathy Mullins, whose son paid the ultimate sacrifice in Afghanistan in 2011. “Our community will always have that silhouette. When the sun catches [the monument] just right, the shadow is cast and it’s as if our soldiers are still with us. It’s just beautiful.”

The Woody Williams Foundation is responsible for establishing the monument.

A spokesperson with the organization announced during the ceremony that there are plans in action to bury a time capsule filled with mementos from Gold Star Families on the anniversary of the monument’s unveiling.