Gov. Beshear: 'We will not allow what happened at the U.S. Capitol to happen here' 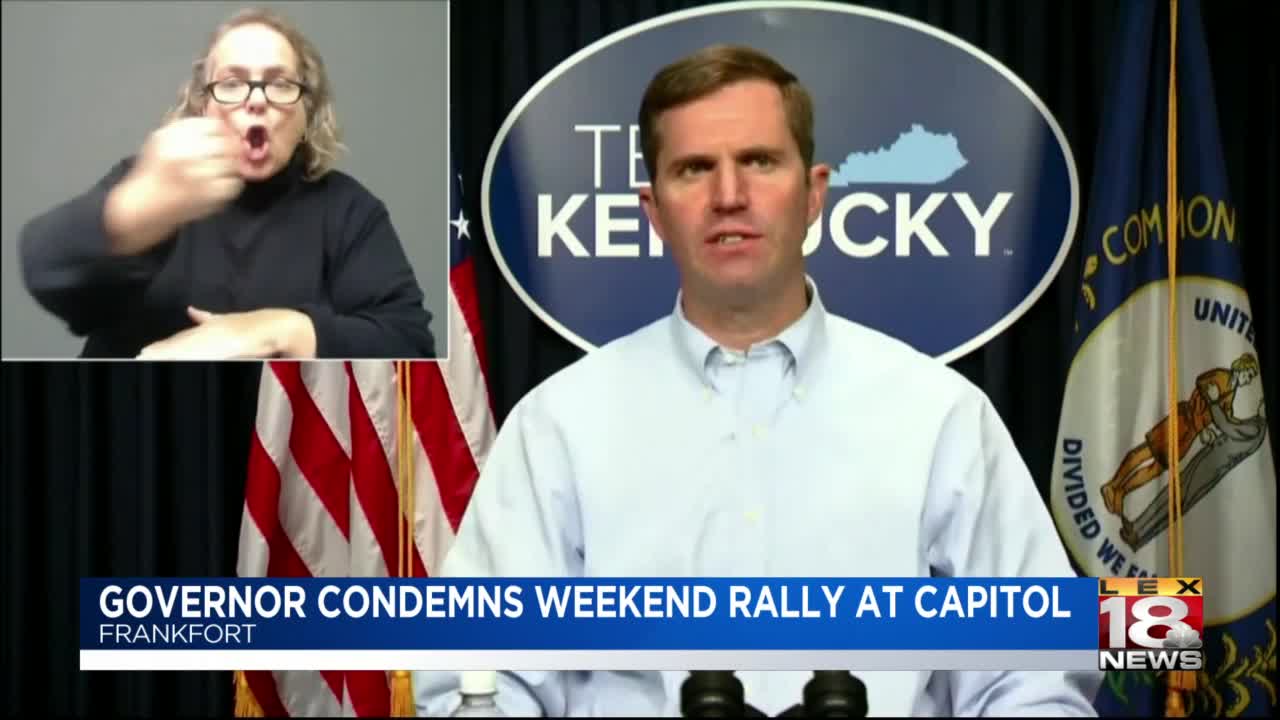 FRANKFORT, Ky. (LEX 18) — Gov. Andy Beshear said law enforcement is prepared to protect the Kentucky Capitol after reports of the potential for armed protests in the next week.

At his briefing Monday, the governor addressed a report from the Associated Press that the FBI has warned of the potential for armed protests at the U.S. Capitol and capitols in all 50 states in the lead up to President-Elect Joe Biden's inauguration on January 20.

"We will not allow what happened at the U.S. Capitol to happen here," Gov. Beshear said.

Kentucky State Police and other agencies are prepared for potential threats to security at the capitol, he said, but declined to give details.

"I'm not going to disclose our plans on how specifically we will do that because we are not going to give those that would commit domestic terror a game plan that they can try to plan around," he said.

The governor also condemned a rally that happened outside the capitol in Frankfort Saturday.

"They were clear in what they thought and believed," he said, "Taking a moment of silence for one of the domestic terrorists who broke into the U.S. Capitol building, who died that day and even took a lap in her honor around our capitol. That's right, honoring someone that attacked our country."

He called on other elected officials to stop using "words of hate or anger."

"Stop it," he said. "We owe a duty to our jobs. We owe duties to the oaths we have taken to never fan the flames that spur these individuals."