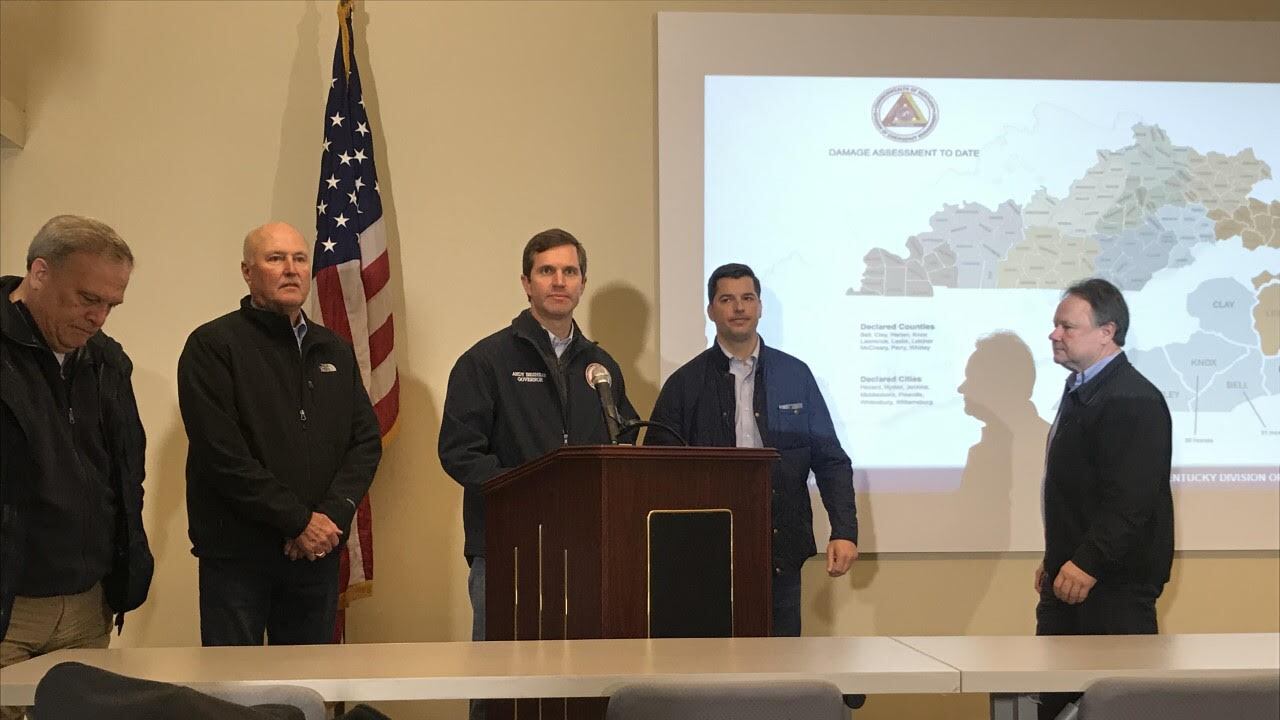 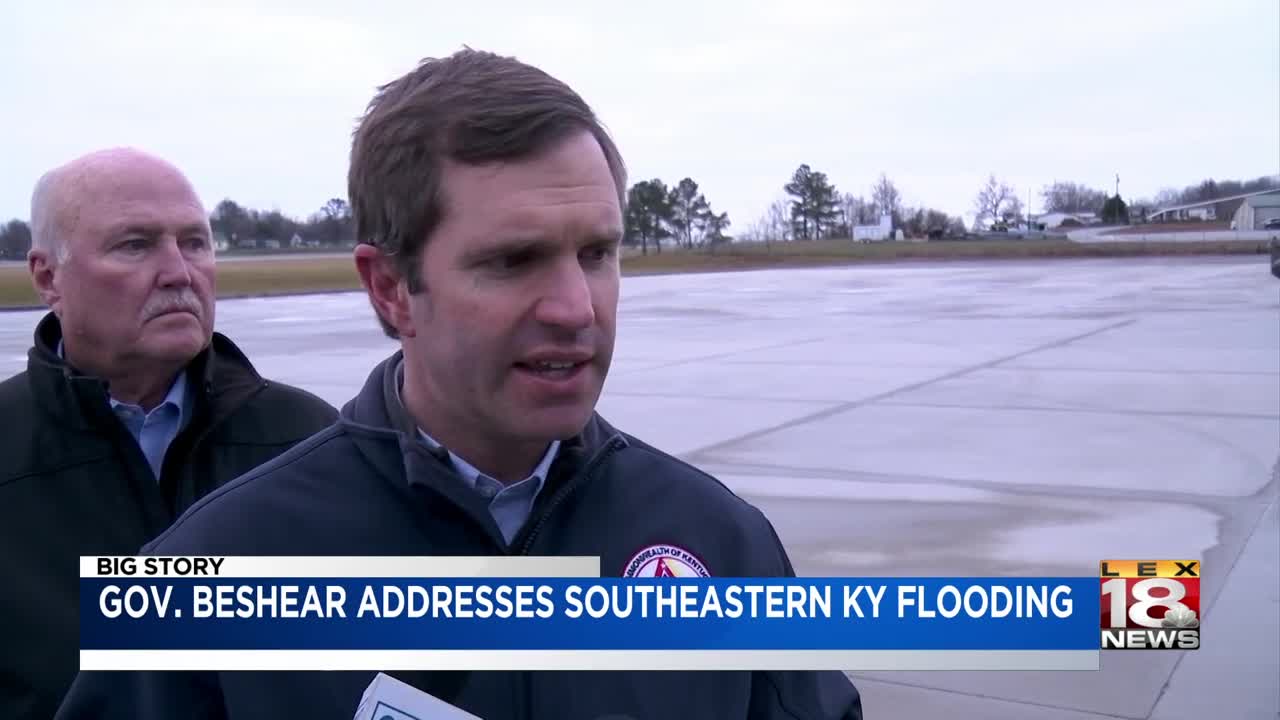 LAUREL COUNTY, Ky. (LEX 18) — Gov. Andy Beshear has warned people in southeastern Kentucky to stay alert as a state of emergency continues after historic flooding damaged more than 200 homes over the weekend.

It's been called a "100-year flood" by Michael Dossett, Director of the Kentucky Divisions of Emergency Management, who said the rainfall was unprecedented. Ten counties and seven cities have declared a state of emergency and the danger continues as more heavy rainfall is predicted for early next week, he said.

"This is an example of a very significant disaster where because of the work of both local and state entities, we have responded in a way that has protected human life," Governor Andy Beshear said.

He delivered an update on the floods from the London Airport on Thursday before taking a helicopter to view the damage.

"There are areas where when your road gets cut off you are absolutely stranded," Beshear said, "so knowing what is to come we hope that everybody is vigilant and stays safe."

"We’re not near the period of end yet. As you’ve looked at some of the forecasts on Tuesday we’re going to experience another record heavy rainfall event."