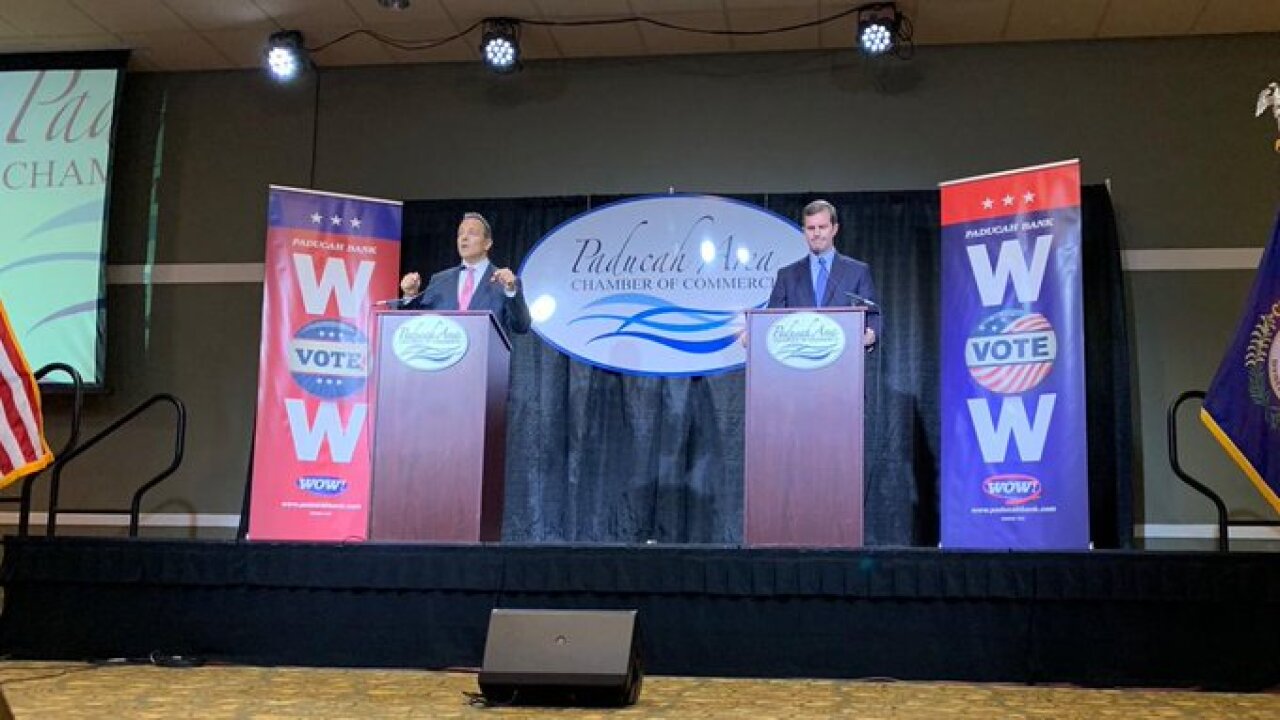 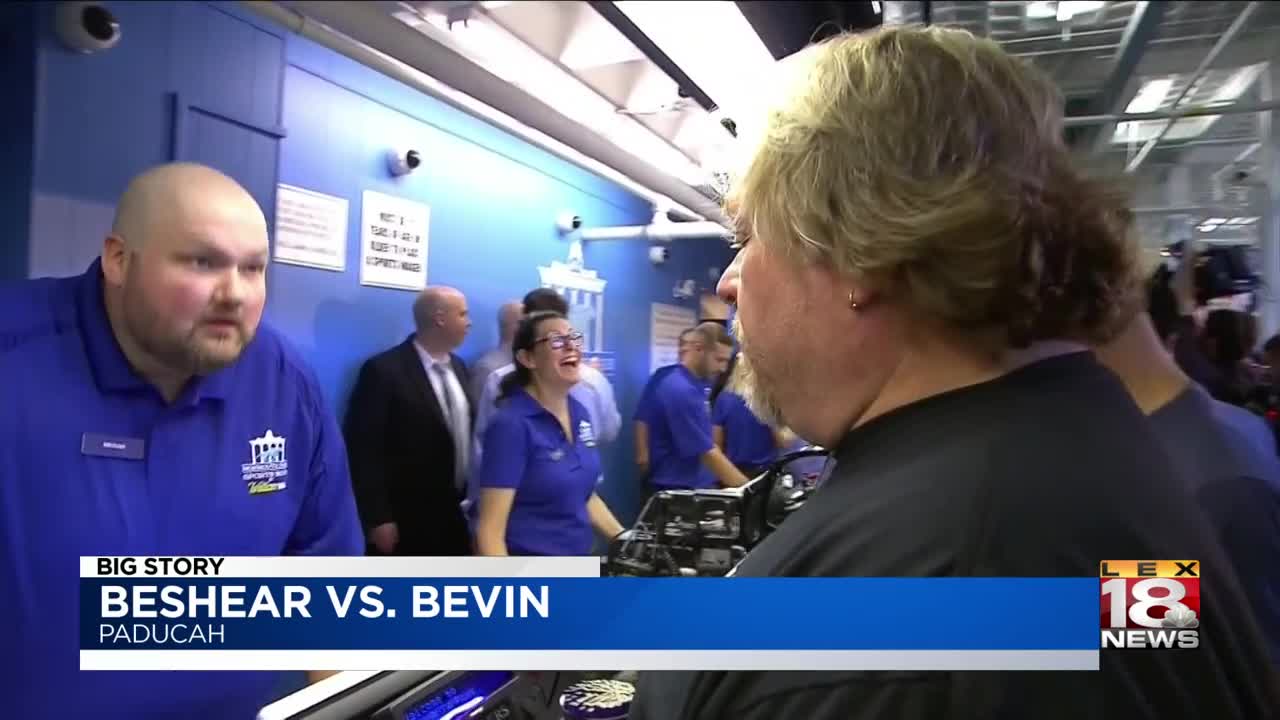 Both candidates expressed support for legalizing medical marijuana but differed on whether to tax it.

Beshear supports taxing medical marijuana, but Bevin says such a tax would be “cruel.”

The rivals bickered on several issues during the hourlong debate in Paducah that turned personal at times.

With barely a month left before their election showdown, Republican Gov. Matt Bevin and Democratic challenger Andy Beshear are set to meet in a high-stakes debate in western Kentucky.

The rivals will square off at Thursday’s event in Paducah, where they’ll take questions from a media panel.

After weeks of exchanging attacks on the campaign trail, the Republican incumbent and Democratic attorney general will get a chance to confront each other on various topics. The Kentucky race is being watched for potential trends that could carry over into the 2020 national election.

In July, they clashed on education and health care policies at a forum at Kentucky Farm Bureau headquarters in Louisville. In August, they traded barbs during political speaking at the Fancy Farm picnic.