Horse that survived massacre is adopted 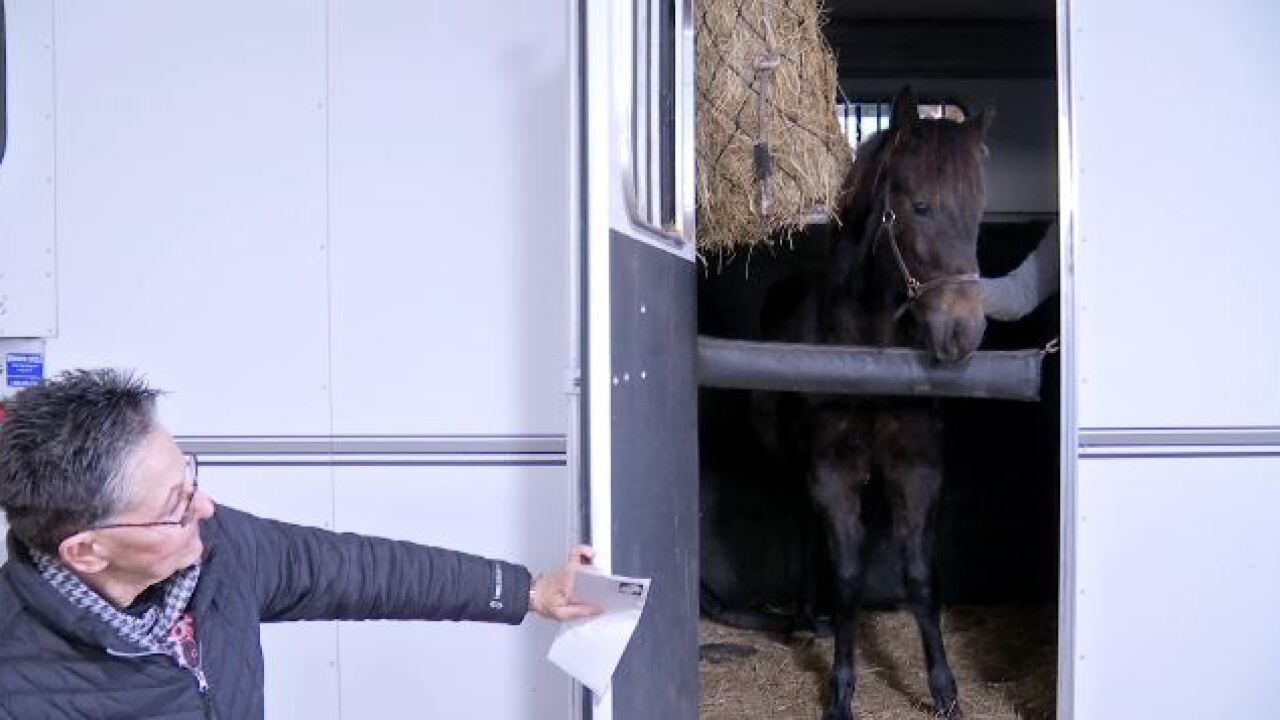 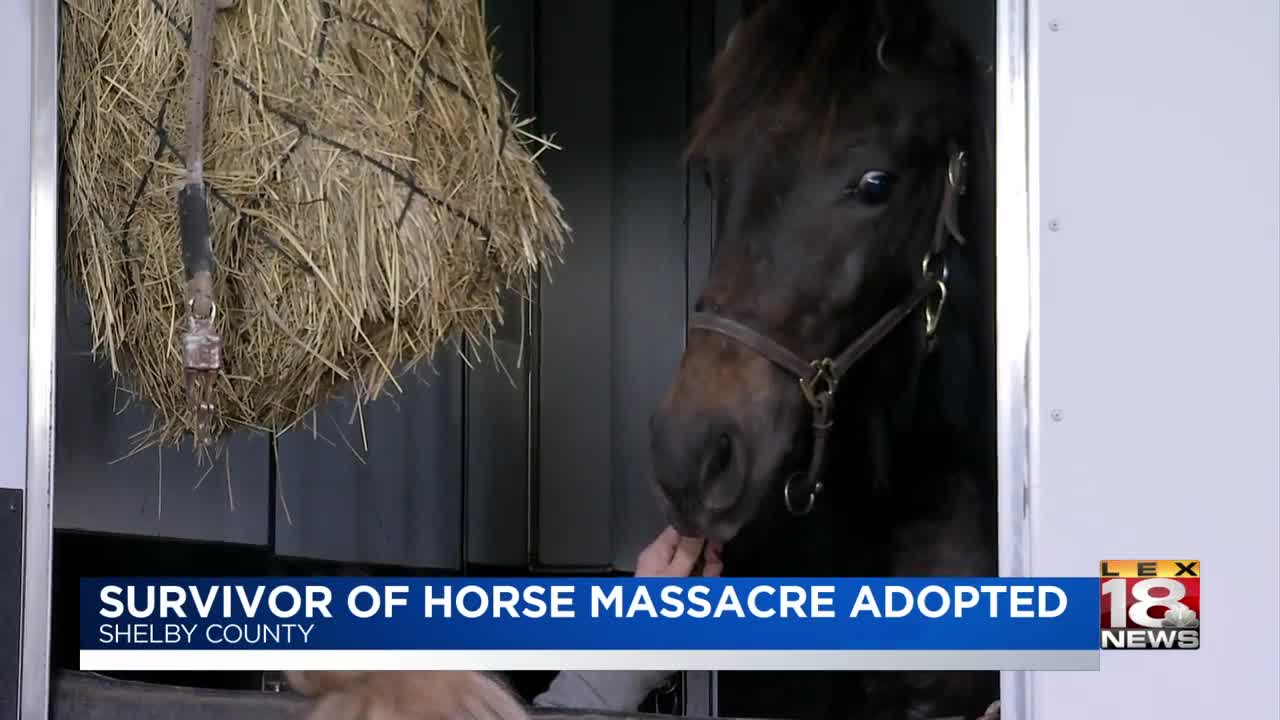 SIMPSONVILLE, Ky. (LEX 18) — The horse shootings in Floyd County late last year made headlines across the Commonwealth in a state known for its love of animals.

There was finally more good news about those surviving horses.

One was adopted and taken home by a Spencer County family on Monday.

"It's a great day for us. It's always a great day when we can get a horse into a long-term home," said Shara Wiesenauer, the director of equine program operations at Kentucky Humane Society.

"It was a horrible thing that happened, and just hope I can make Knox happy and comfortable and have a good life with him," said Vicki Baumgardner, who adopted Knox.

When he was first brought to the Kentucky Humane Society's Willow Hope Farm, Wiesenauer says Knox was leery of people, but his youth was a strength as he quickly adjusted.

"And since that time, he has been wonderful. He has a great personality. He's very confident. He's very happy," said Wiesenauer.

Shortly after meeting Knox, Baumgardner adopted him. She wanted to bring him to a Taylorsville farm full of horses and excited grandchildren.

Knox is going home, but there are 19 other horses sitting in the Shelby County stables.

Two of those remaining horses are his mother and sister, and they were also rescued from the strip mine shooting site in eastern Kentucky.

His mother, Hope, is somewhere between 13 to 15 years old, and was found alongside the still-nursing Knox back in December.

Hope is in foal right now. She won't be ready until she gives birth and recovers.

"She was not feral, so it didn't take long for her to allow us to be able to groom her, to lead her and to take proper care of her," said Wiesenauer.

In the stall next to Hope is her daughter, Diamond.

Diamond's name is a nod to her coal country roots.

"Now she's officially two because this is the new year. And she is Knox's sister, and she is feral," said Wiesenauer. "She's smart. She's very calm. And those two things are really important when we talk about horses."

"We know there were 21 that did not make it, and to think that this small family was able to is amazing," said Wiesenauer.

KHS says there are three other horses that survived the shootings but are still roaming the area.

Volunteers from Dumas Rescue are monitoring them, but rainy winter has hindered the rescue effort.

No one has been arrested in the shootings as the investigation continues.