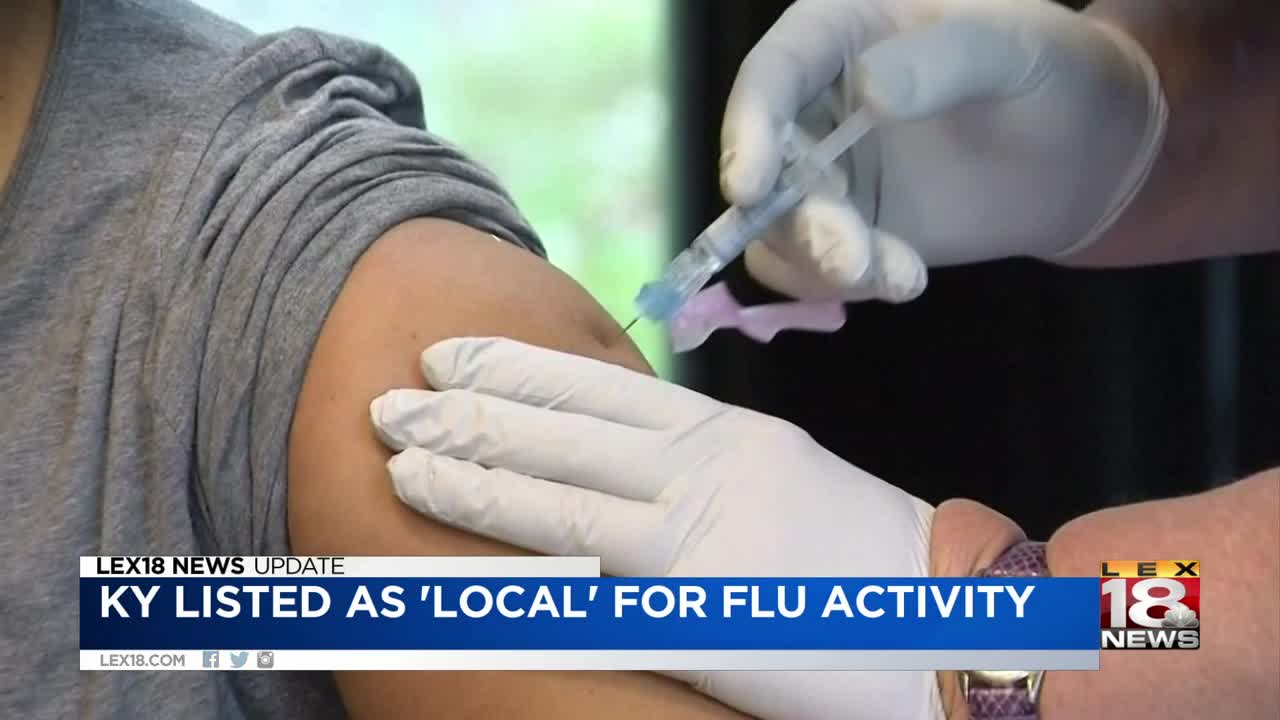 LEXINGTON, Ky. (LEX 18) — Kentucky is one of only four states in the U.S. with "local" activity estimates of the flu. That's according to a weekly influenza summary update map by the U.S. Centers for Disease Control and Prevention.

According to the CDC, "local" means there are outbreaks of flu or increases in flu-like illness cases and recent lab-confirmed flu in a single region of the state.

Most states are under "sporadic" activity, which means there are small numbers of lab-confirmed flu cases or a single lab-confirmed flu outbreak has been reported, but there is no increase in cases of flu-like illness.

Other states that are experiencing "local" activity are Alabama, Louisiana and Nevada.

When it comes to getting your flu shot, the Lexington-Fayette County Health Department wants to clear up some misconceptions.

“The flu shot does not give you the flu,” said spokesperson Kevin Hall. “You can still get the flu even if you had the shot. You can get a different strain and it's not 100 percent effective, so maybe you've gotten the shot but you still get sick, but it’s not from the shot."

The health department says the flu shot is for anyone six months and older, but it's especially important for people under five years old or over 65.