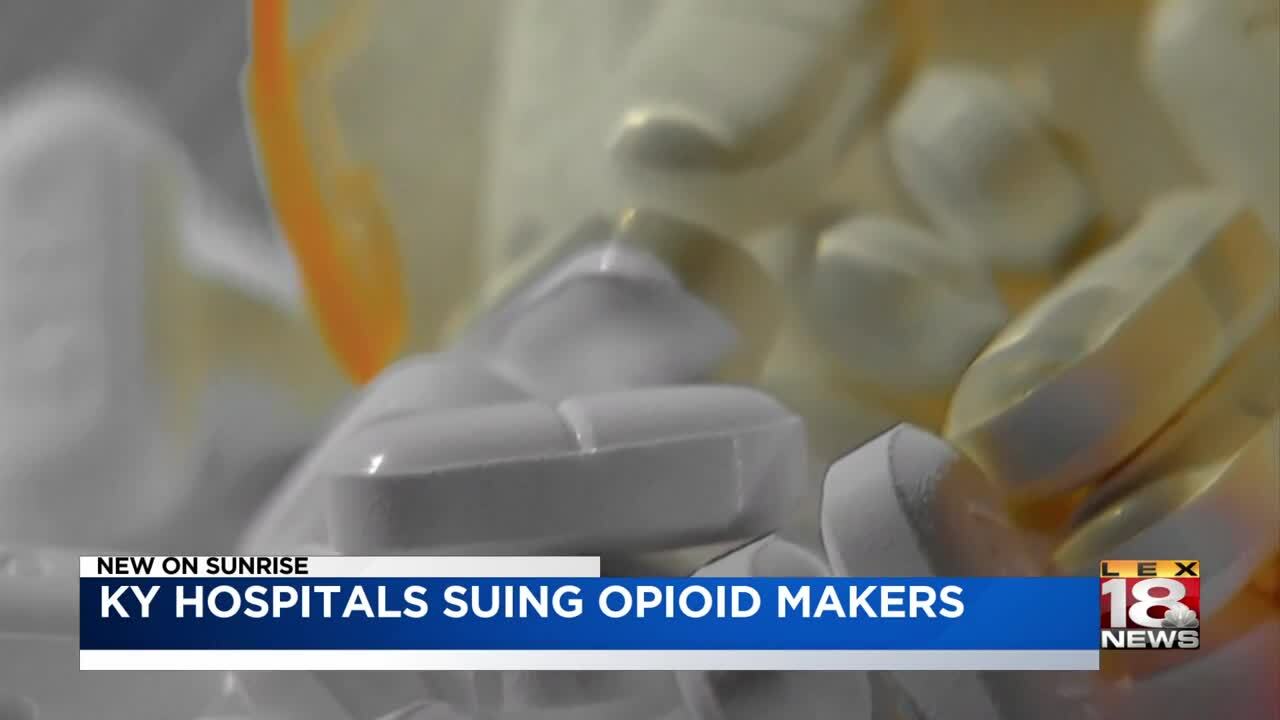 BOWLING GREEN, Ky. (AP) — A group of Kentucky hospitals is suing dozens of opioid makers and distributors saying the companies misrepresented the benefits and dangers of the painkiller.

“The opioid crisis has fundamentally impacted the way care is administered. Hospitals feel it both operationally and financially, as those requiring treatment often rely on the use of limited financial resources available to hospitals,” said a statement from Ron Sowell, executive vice president and CEO of Med Center Health in Bowling Green.

The news release said about 300 hospitals across the country have filed similar suits against opioid manufacturers and distributors.

Hundreds of local governments and hospitals have accused pharmaceutical companies of downplaying the addictive nature of opioids and prescription painkillers, which are largely blamed for one of the deadliest drug crises in U.S. history.

Last month, West Virginia University President Gordon Gee and former Ohio Gov. John Kasich announced a new nonprofit that will fight to steer money from any national opioid settlement to hospitals, rather than to local and state governments. They say the new 501(c)4 organization will educate policymakers and the public about the negative impact the opioid epidemic has had on health care infrastructure.