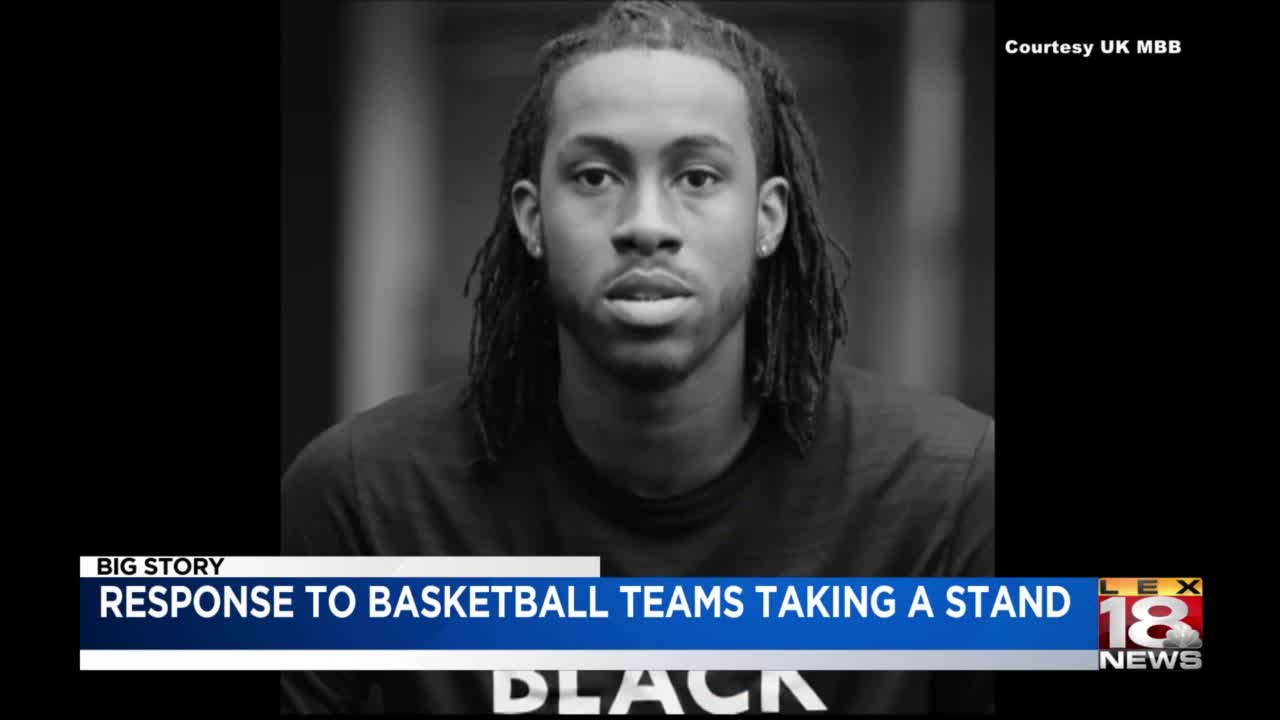 LEXINGTON, Ky. (LEX 18) — Following ‘Black Lives Matter’ protests among the WNBA, NBA and collegiate teams including the University of Kentucky basketball team, the question critics and empathizers are posing is: ‘Where do we go from here?’

Kentucky NAACP PAC Chairman Adrian Wallace explained this movement was not about basketball, it is about changing minds and hearts.

“I think a lot of the folks who aren’t inherently racist and don’t mean to be racist, this will truly have a change make a change upon them,” said Wallace.

He explained he was glad to see the UK Football team march earlier in the year in downtown Lexington and also happy to see Coach Calipari and the basketball team release a video taking a stance.

We ask you to join us. pic.twitter.com/XYoFVnfHJX

Despite the strides forward in conversation, Wallace said actions still need to be taken:

“One of the things that many of us have said for years and some are still calling for is the renaming of Rupp Arena. Many people like to rewrite history, just like the Confederate statues and say Coach Rupp was not racist but he is, he was, and to have our black players playing in that arena under that name is an issue.”

He also said change should start at the top but not only federal leadership, also local governments including city councils.

“We don’t need any committees. We need policies to change, and only the government can make. And so unless the committee is going to create true policy and legislation, then it’s just another conversation, it’s just more talk,” he said. “What I hope is that something tangible comes out of them in the way of economic justice, and policy government policy. Otherwise it was all for not.”

Wallace explained the importance of those with an audience taking a stance saying “anybody with a platform has a responsibility whether they like it or not, to the public. And they should use their voices, as change agents to better the community.”

Ultimately, Wallace said he hopes the demonstrations and statements made recently by basketball players will provoke conversations that create change.

“The issue is we don’t have common memory, and where there’s no common memory there can be no true community,” explained Wallace. “And we have got to do a better job of learning and teaching history, so that we can all be on the same page because the majority of Americans in the white community, don’t understand the foundational dehumanization of people of color, that this country has always perpetuated since its founding and still does today.”