Kentucky US Senate candidates weigh in on Trump nomination 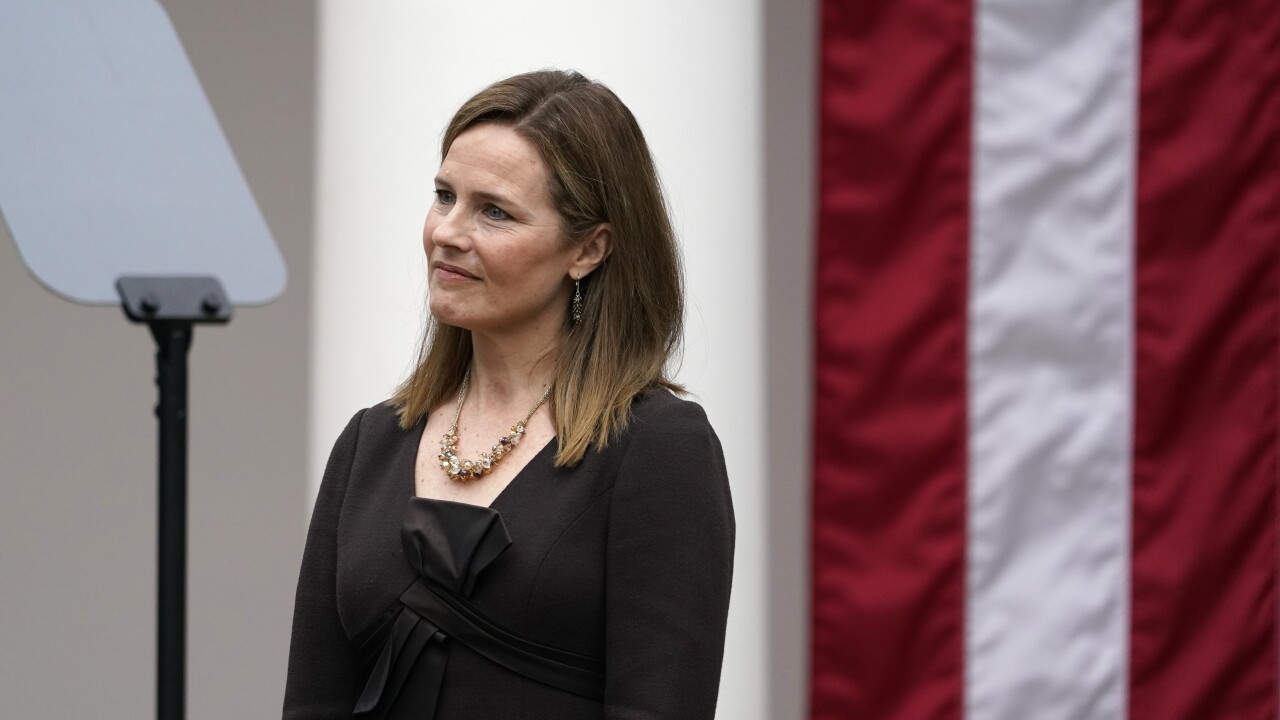 WASHINGTON D.C. (LEX 18) — Before the 2016 election, the US Supreme Court left vacant by the death of Antonin Scalia was at stake.

When Republican Donald Trump won the 2016 election, it gave the GOP control of the presidency and the US Senate.

More than four years later, President Trump has announced his latest nominee for the US Supreme Court, this time to replace the late Ruth Bader Ginsberg.

His choice is Judge Amy Coney Barrett. If confirmed by the McConnell-led US Senate, she would be the third justice confirmed under Trump, following Neil Gorsuch and Brett Kavanaugh.

Democrats are hoping that Ginsberg's seat will not be seated before the election.

McConnell and his Democrat opponent in this year's US Senate race, Amy McGrath, both weighed in on the nomination.

Judge Amy Coney Barrett is an exceptionally impressive jurist and an exceedingly well-qualified nominee to the Supreme Court.

A brilliant scholar. An exemplary judge. President Trump could not have made a better decision. pic.twitter.com/FKadx6TJeU

At a campaign event on Saturday, McGrath criticized McConnell's push to confirm a nominee so close to an election, pointing to his own words from 2016.

"I don't think any senator should be voting on a Supreme Court nominee. I mean, look, Mitch McConnell said four years ago (to) let the people decide. We're in an election year. We're 38 days to go. People are already voting," said McGrath.

McConnell's fellow Kentucky US Senator, Rand Paul, is also supportive of the nomination.

Congratulations to Judge Amy Coney Barrett on her nomination to the Supreme Court. I believe she will make an excellent justice that will serve our country and Constitution well, and I look forward to seeing her confirmed soon.

According to the Associated Press, confirmation hearings are expected to begin a few weeks before Election Day.