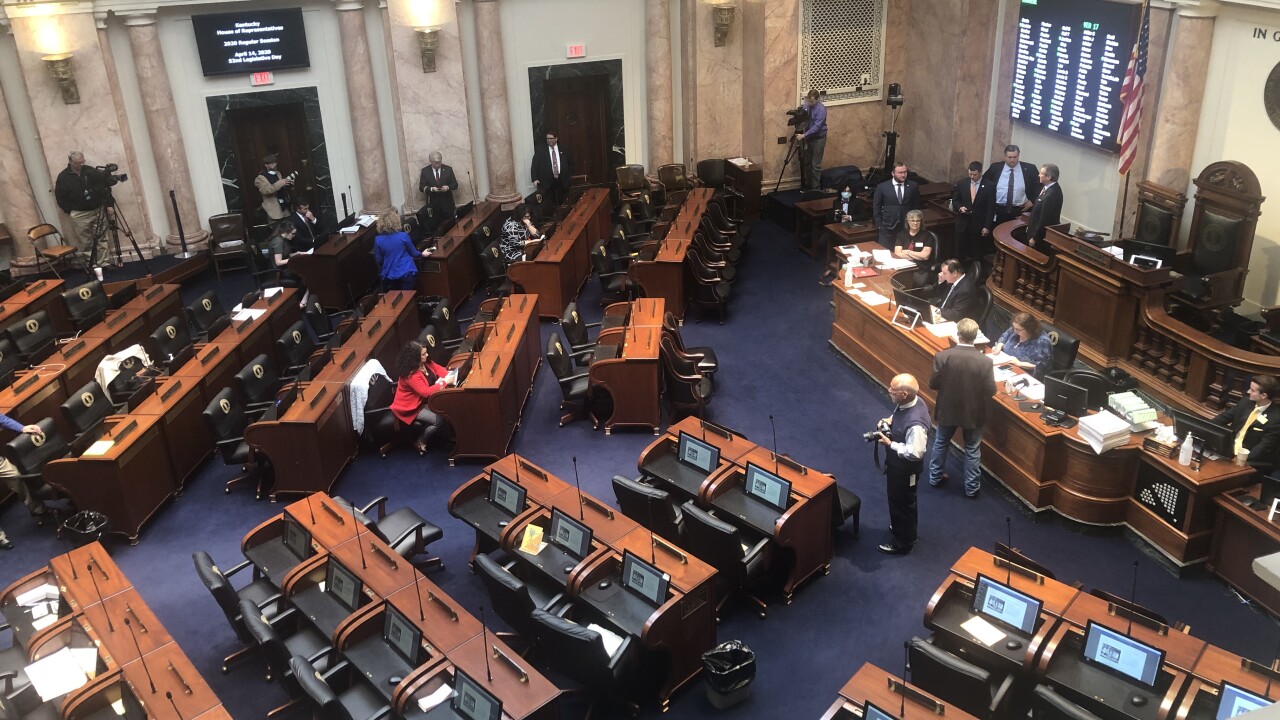 FRANKFORT, Ky. (LEX 18) — Lawmakers were back in Frankfort starting Tuesday for the final days of the legislative session.

For the second time in two weeks, the House was nearly empty, as the majority of members voted from their offices or homes to practice social distancing. In the Senate, business was almost as usual, with most lawmakers in the chamber.

One of the first bills considered by the Senate was Senate Bill 2, also known as the voter ID bill.

It would require Kentuckians to have a photo ID to vote, and is championed by Republican Secretary of State Michael Adams. SB 2 passed the House and Senate, but was vetoed earlier this month by Democrat Governor Andy Beshear.

"In an era where six House races were decided by single digits two years ago, it's important that everybody that attempts to vote, prove that they are who they say they are," said Floor Leader Damon Thayer (R - Scott).

"And yes, one vote can make a difference. But we want that one vote to be in a situation where everybody has access to it. Not being hindered from voting," said Sen. Reggie Thomas (D - Lexington).

Democrat Senate Minority Leader Morgan McGarvey argued that in a time of a global pandemic, and when primaries have already been pushed back, it doesn't make sense for voting to be harder. "Our county clerk's offices are closed, and people cannot go and get a drivers license even if they wanted to. We are standing here today making it harder for people to vote," said Sen. McGarvey (D - Louisville).

As it did earlier in this unprecedented session, SB 2 passed the Senate. This time by a 27-6 vote.