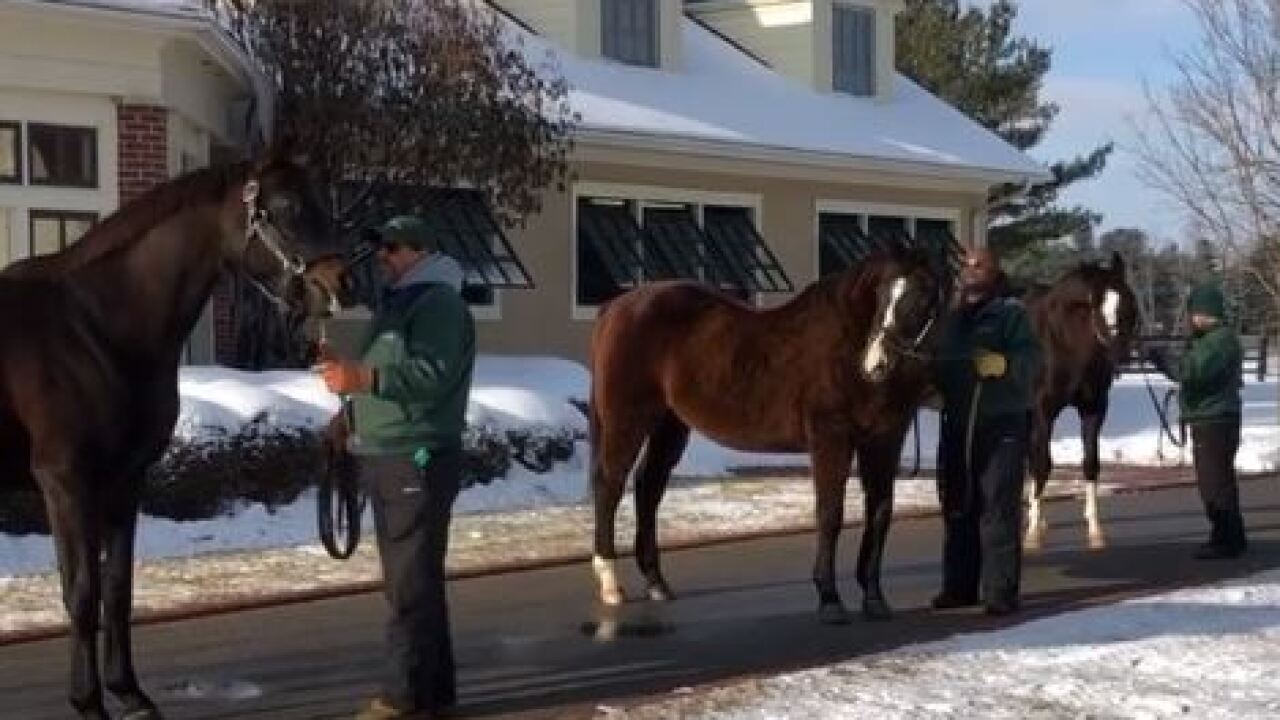 VERSAILLES, Ky. (LEX 18) — Lane's End Farm announced the death of horse A.P. Indy. The legendary thoroughbred passed away Friday at the age of 31.

The Versailles horse farm shared a video of the 1992 Belmont Stakes winner alongside two of his sons.

"One of our favorite videos of AP with his sons Mineshaft and Honor Code a couple for years ago. It’s almost as if he looks at Mineshaft and says can you behave yourself please?" reads the tribute.

"We will miss this grand old gent terribly, but are so lucky to have been his caretakers," reads a post