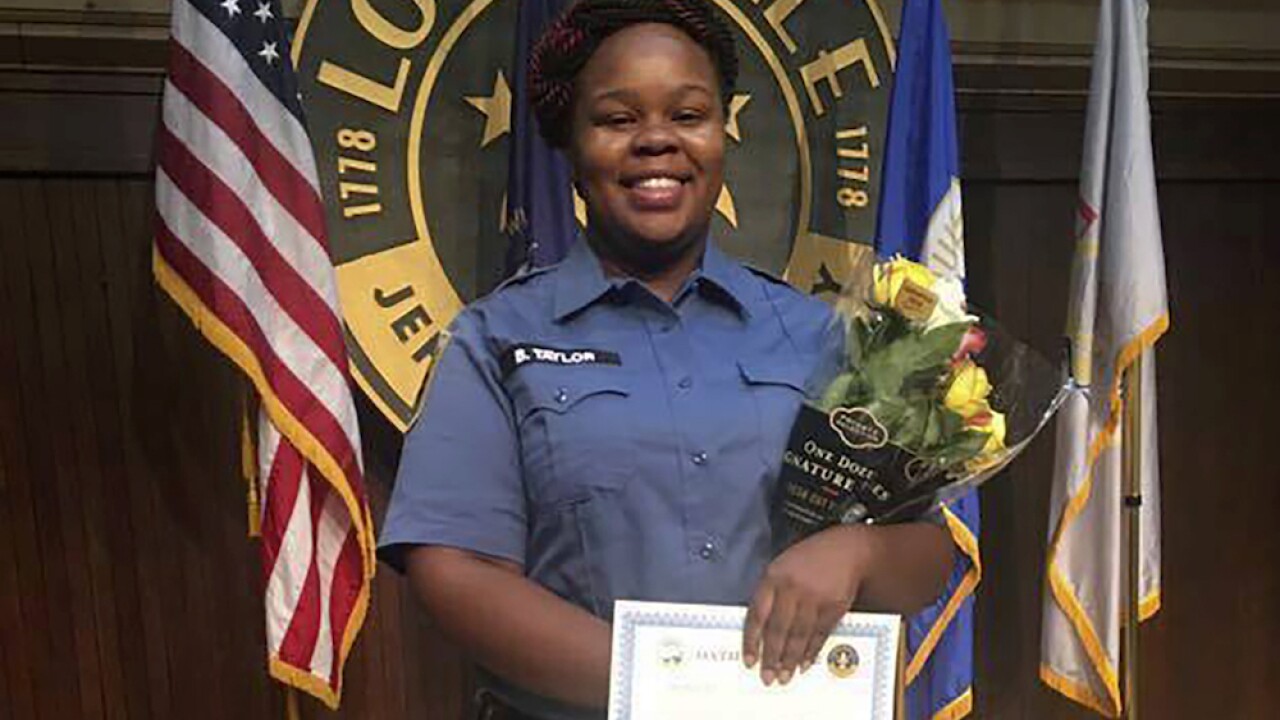 AP
/// The release is in PHO-Releases Undated photo. Aaron Jackson signed off on this image. stw From: Dylan Lovan <DTLovan@ap.org> Date: Wednesday, June 24, 2020 at 10:55 AM To: Brent Stewart <bmstewart@ap.org> Cc: Stroud, Scott <SStroud@ap.org> Subject: better version of Taylor photo This was provided by the family attorney today, Sam Aguiar. He has been handling all media requests. Looks a little better.

Law professors and students across the country gathered over zoom today to discuss the legality behind the Breonna Taylor case.

Only one of the three officers involved in Breonna Taylor's death is indicted for wanton endangerment back in September.

A lot of the discussion was centered around the case, how it was handled, and if the charges are adequate.

One of the panel members was Sam Aguiar, the attorney for Breonna Taylor's family. He believes the case begins with defining who the attacker is. In his opinion, since there was no knock, Kenneth Walker, Breonna Taylor's Boyfriend, acted completely within his rights by firing back.

"Kenneth Walker acted only in response to the officers," Aguiar said. "Every single apartment around Breonna's place everybody says they did not hear an announcement."

Michael Mannheimer, a law professor at Northern Kentucky University, agreed with Aguiar that Walker was justified in firing at police.

Mannheimer also discussed Kentucky laws regarding self-defense. He noted that, in other jurisdictions, "one is not responsible for inadvertently or accidentally shooting a bystander when one is justified in shooting an aggressor." But he added that in Kentucky, wantonness or recklessness does make one liable.