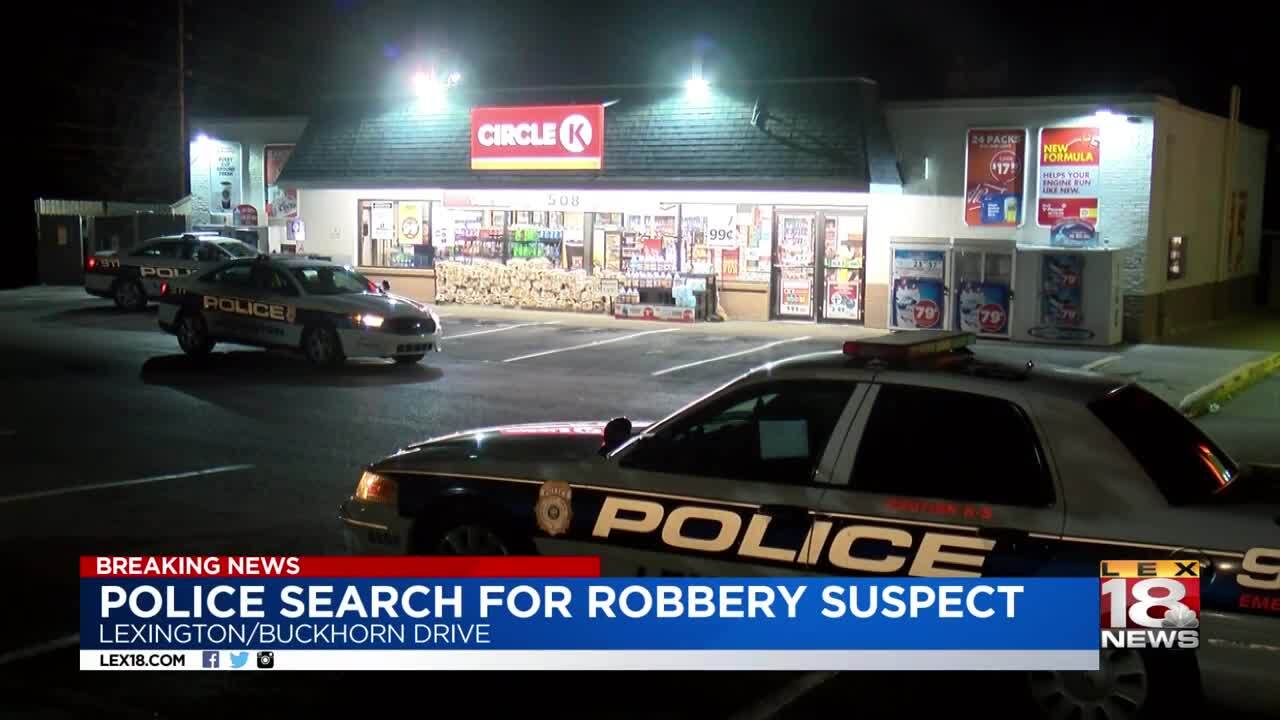 LEXINGTON, Ky. (LEX 18) — Police in Lexington were looking for a man who they say robbed a convenience store early Tuesday morning at gunpoint on the city's far southeast side.

Authorities said the robbery occurred at Circle K, 3469 Buckhorn Drive, not far from the intersection with Man o War Boulevard.

Police say a black male wearing a gray sweater came in with a handgun and demanded money.

He fled with an undisclosed amount of cash.

Officials tell LEX 18 that no one was injured in the incident.

Anyone with information about the robbery is asked to call Lexington police.