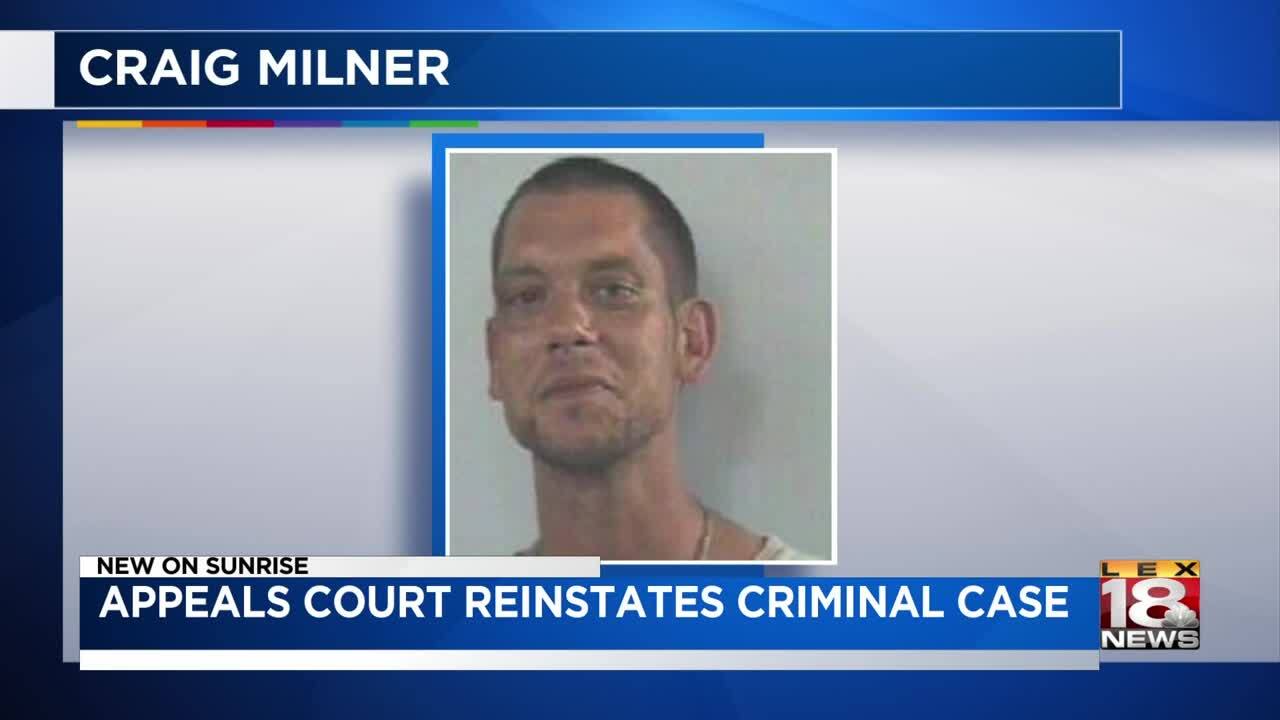 (LEX 18) — The Kentucky Court of Appeals has reinstated a criminal case against a Lexington man, and the outcome could have implications for the state's good Samaritan law.

The case stems from an incident in December 2017, when Lexington police were called to a suspected overdose of a man passed out in his car.

When officers arrived, they found the man, Craig Milner, had not overdosed, but he was arrested on several drug charges.

Milner's attorney filed to have the case dismissed under the state's good Samaritan law, which grants criminal immunity to people calling in an overdose as well as the person who overdosed.

A judge agreed, but an appellate court disagreed, saying the law only kicks in when there is an actual overdose, not just a suspected one.

The case was sent back to Fayette Circuit Court.