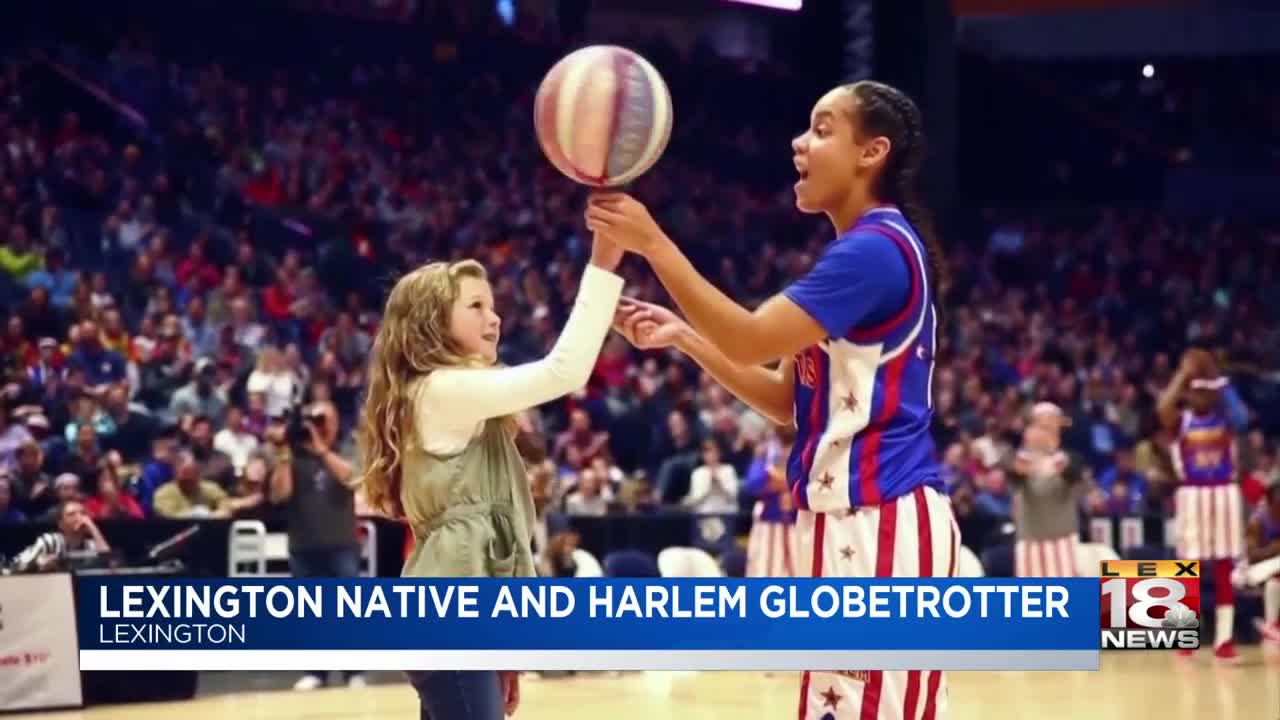 LEXINGTON, Ky. (LEX 18) — The Harlem Globetrotters make their triumphant return to Rupp Arena on Friday, and with them comes a Lexington Native.

"Home is always home. It's always special, it's always fun, " said Lexington native Hoops Green, better known as Briana Green to those who followed her successful career at Lexington Catholic.

Now in her fourth season with the Globetrotters, the former Lexington Catholic superstar and University of Texas El Paso grad is taking her love and talent for the sport to new heights.

"As the name Hoops you just have to have the total package I guess, be able to shoot and score, play defense so it fit, " Green said of her Globetrotters nickname.

She says their theme this year is "Pushing the Limits, " and that is exact what they are doing each and every show.

"We're taking our game to another level. Each game we're attempting to break a world trick shot and set a record, break that record, " Green said.

It is not the first time #6 has appeared as a Globetrotter in front of her home crowd, but she says it is always special.

"My second year I played here, and it was like a homecoming. I had my entire family come out, my friends were here."

She said expect trick shots, next-level skills and even a little fan participation. Green said it is the interaction with fans, especially the youngest ones, that make being a Globetrotter an experience unlike any other.

"It's fun. It's not just basketball, it's entertainment, and I think that's what makes it just entertaining to watch, " Green said.

Green is only the 15th female ever to be a Globetrotter.

The Harlem Globetrotters will be at Rupp Arena on Friday, Jan. 17 at 7 p.m. Details can be found here.