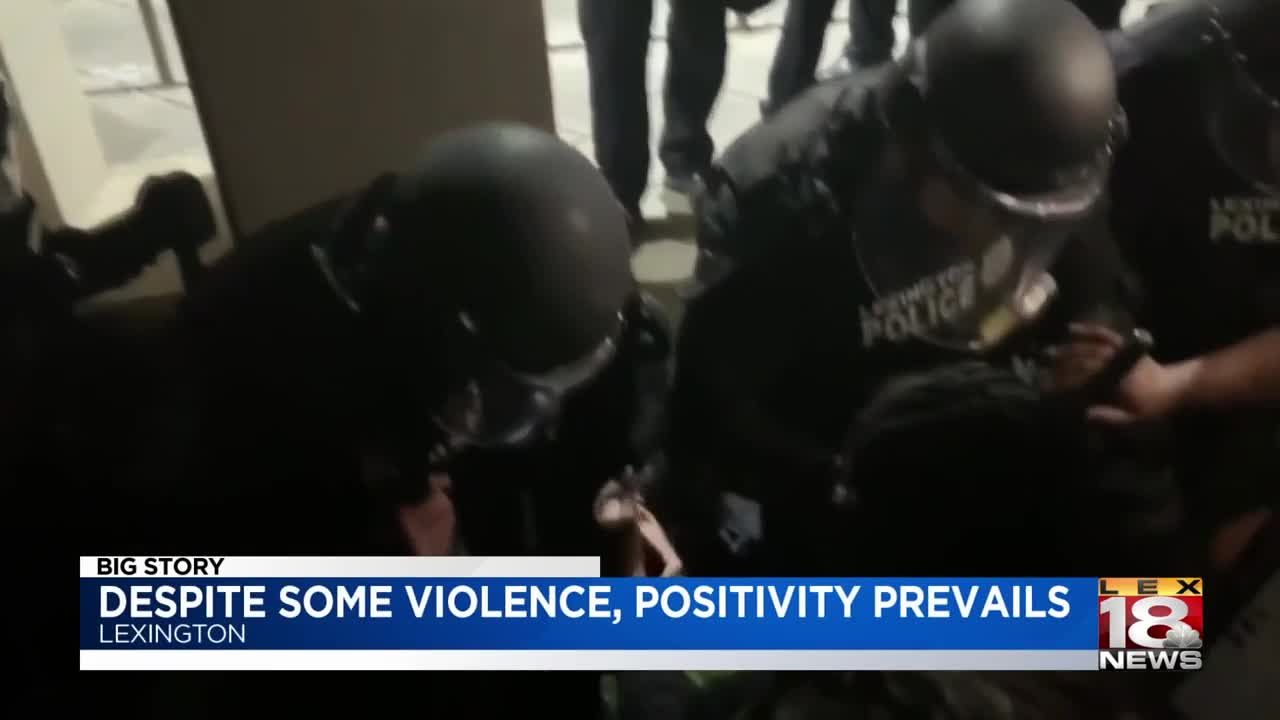 LEXINGTON, Ky. (LEX 18) — For almost one week now protesters have been rallying against police brutality on the streets of Lexington.

Things have remained relatively peaceful here, but there was an incident on Monday night.

Lexington police say two teenagers are facing charges after two people were pulled from their car near Midland Avenue and Main Street and beat up. Police say 19-year-old Kaulbert Wilson and one other suspect jumped on another citizen's car. Five people were inside the car including three children. Police have released a video to help find the other suspect involved. Police say they broke a window of the vehicle after repeatedly striking it with a skateboard. The driver of the vehicle has a swollen eye and her husband has a concussion.

Sgt. Donnell Gordon with Lexington PD says events like this take away from the true purpose of the protest.

Although this one incident did happen, things have remained relatively peaceful. That's in part thanks to protest organizer leaders like April Taylor. She says she is working with younger protesters to keep things peaceful. Her message is to remain united and conflict-free.