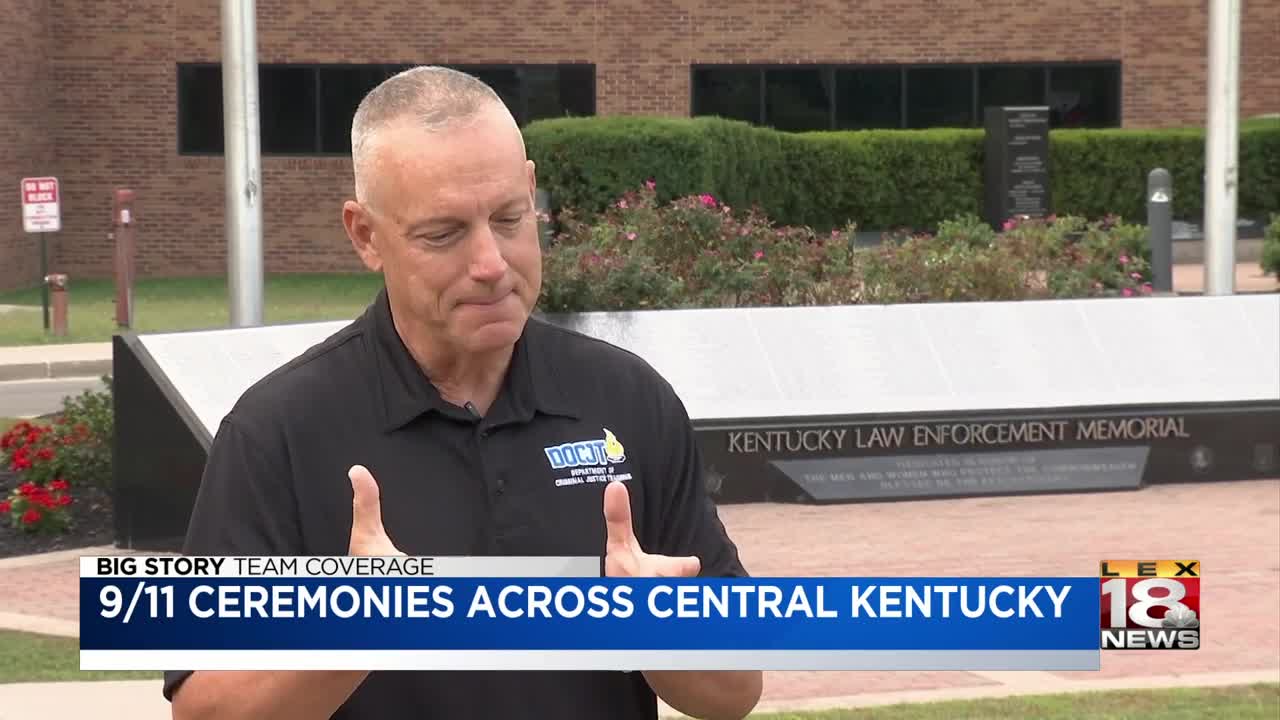 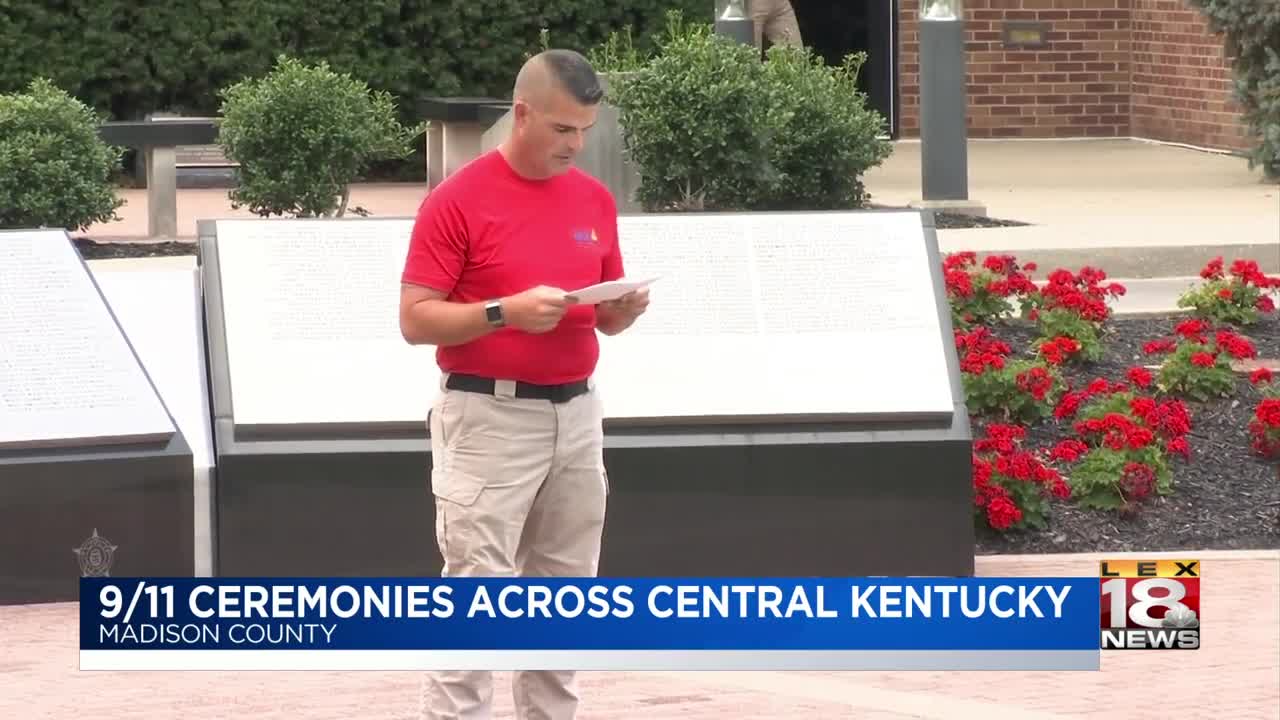 LEXINGTON, Ky. (LEX 18) — Across the country, Americans honored the 18th anniversary of September 11th and remembered those who lost their lives. There were several ceremonies and events today in central Kentucky.

At 8:46 a.m., the time the first plane struck the North Tower of the World Trade Center 18 years ago, a timeline of that day's events was read aloud outside of the Department of Criminal Justice Training.

“This is the largest attack in U.S. history on American soil as far as loss of life,” said Alex Payne, the commissioner of the Department of Criminal Justice Training.

Students, faculty members, and recruits listened to those details, followed by a moment of silence and a prayer for those who lost their lives. Many of those who died were people who risked their lives to help others.

That's something to be said about the American spirit. From that end we celebrate it and then on the opposite side we mourn, because you lost all of those people who were of that mind,” said Payne.

Over at the University of Kentucky, the names of the 2,977 people who died that day were read out loud. American flags were placed in the ground at the front of campus.

Also in Lexington, a flag raising and wreath hanging ceremony was held at Phoenix Park at the Fallen Police and Fire Memorials. Lexington Police Chief Lawrence Weathers reflects not just on that tragic day, but also its aftermath.

“It brought us all together for a common cause,” said Chief Weathers. “It made us truly what we need to be and what we should always be. It made us one.”

These events show that no matter how much time passes, Americans continue to hold onto the promise to never forget.