Local organization reacts to lowering of refugee cap for 2020 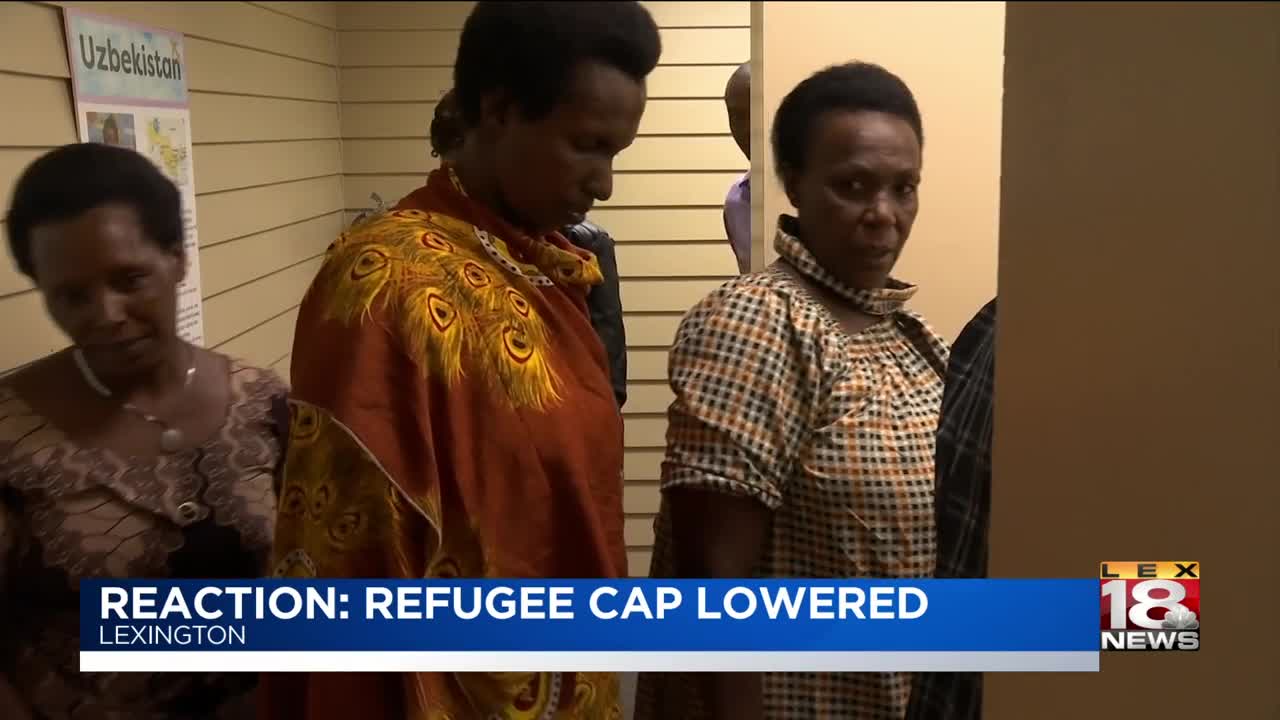 LEXINGTON, Ky. (LEX 18) — The White House announced last month that the number of refugees that would be let in to America next year is at an all-time low. LEX 18's Angie Beavin spoke with local refugee advocates about the decision.

The administration of President Donald Trump cites national security as the main reason behind the decision. The administration said that this approach on refugees protects the welfare of American citizen and that the U.S. leads the world in both financial contributions and permanent resettlement for refugees. The White House said that the U.S. expects to receive more than 350,000 asylum claims in 2020.

Next year, 18,000 refugees will be allowed in, while in past years the amounts have been around 75 and 100 thousand.

"A number so much smaller than that is a concern for us for humanitarian reasons, for community impact reasons here, and most of all for families here who are waiting on their loved ones to arrive and join them," said Cobb.

Aime Ngoga came to America from Rwanda six years ago, when he was 23. His aunt and three cousins were finally next in line until their travel was canceled a few weeks ago.

"Just waiting for the day when they are going to come here to America. they miss us and we miss them," Ngoga told LEX 18.

"It's amazing to see how well and how quickly our clients begin to thrive when they get here," said Cobb. The refugees become taxpayers and good neighbors who are involved in their communities. "It would be a real shame to lose these contributors to our community, to our workforce, our economy, to our social fabric here in the city."

This cut in the amount of refugees allowed in could cost some refugees years.

"While they're waiting, their clearances will expire and they'll actually have to go back and repeat them," said Cobb. "So a month delay, or a two month delay, could actually turn into years for someone who was almost on that flight."

This leaves families like Ngoga's separated, with a future that is uncertain.